Forget Trump: The Military-Industrial Complex is Still Running the Show With Russia 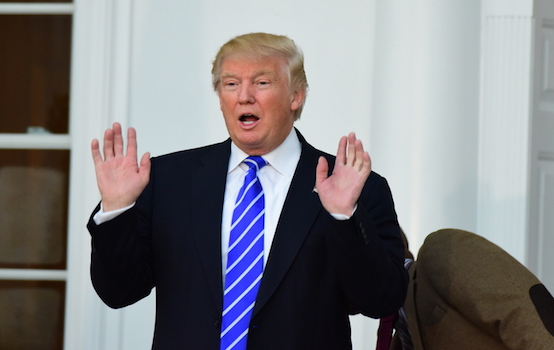 President Donald Trump has strengthened, not weakened, American military and economic opposition to Russian President Vladimir Putin. That fact has been mostly unreported and it is of the utmost importance. Irrespective of what Trump harrumphs about NATO or Vladimir Putin, the multi-trillion-dollar military-industrial-counterterrorism complex (MICC) rules American-Russian relations as it has for seven decades. And the nightmare of the MICC is not to lose a friend, but to lose an enemy.

Fake news is fixated on personalities. Authentic news understands that nations have no permanent friends or enemies, only permanent interests. The executive branch in particular has a permanent interest in exaggerating threats to augment its own power and to order up more superfluous military spending.

Obama limited the U.S. military mission in Syria to defeating ISIS. Trump has expanded the mission to remain in Syria indefinitely and influence the outcome of that country’s protracted civil war.

The United States will respond to the growing political, economic, and military competitions we face around the world. China and Russia challenge American power, influence, and interests, attempting to erode American security and prosperity. They are determined to make economies less free and less fair, to grow their militaries, and to control information and data to repress their societies and expand their influence.

Trump has supported NATO’s 30,000-strong rapid response force in case of a Russian attack. He has exhorted NATO members to spike their military spending against Russia from 2 percent or less of GDP to 4 percent.

Trump has affirmed that he will treat an attack on any NATO member as an attack on the United States and will respond with military force without a constitutionally required declaration of war. He has not withdrawn even one soldier of more than 50,000 on the ground in NATO countries.

Trump has maintained economic sanctions against Russia for its annexation of Crimea and further military encroachments into eastern Ukraine. He signed the Countering America’s Adversaries Through Sanctions Act, which the Russian prime minister assailed as a “full-scale trade war.”

Last April, the Trump administration’s Office of Foreign Assets Control (OFAC), in consultation with the Department of State, designated seven Russian oligarchs and 12 companies they own or control, 17 senior Russian government officials, and a state-owned Russian weapons trading company and its subsidiary, a Russian bank. A designee’s assets in the United States are frozen and business dealings with Americans are prohibited.

“The Russian government operates for the disproportionate benefit of oligarchs and government elites,” said Treasury Secretary Steven T. Mnuchin. “The Russian government engages in a range of malign activity around the globe, including continuing to occupy Crimea and instigate violence in eastern Ukraine, supplying the Assad regime with material and weaponry as they bomb their own civilians, attempting to subvert Western democracies, and malicious cyber activities. Russian oligarchs and elites who profit from this corrupt system will no longer be insulated from the consequences of their government’s destabilizing activities.”

Trump supported the addition of Montenegro to NATO despite its self-evident irrelevance to the national security of the United States.

Trump’s detractors moan that he swoons over Putin, a proven assassin (the Litvinenko polonium 210 poisoning), international terrorist (the missile strike on Malaysia Airlines Flight 17 over Ukraine), and serial liar (denying that he controls the GRU). They deplore the absurdly positive things he’s said about Russia’s cruel dictatorship and meddling in American politics (as we meddle in theirs). But they cannot point to a single thing the Trump administration has done that has diminished our overwhelming military and economic superiority over Russia or deterrence of Russian aggression.

Trump is only background noise. Our enduring national security libretto is composed by the MICC with the acquiescence of the American people. And its armored knight gratifies them as always with the vicarious thrill of power and domination.

Bruce Fein was associate deputy attorney general and general counsel of the Federal Communications Commission under President Reagan and counsel to the Joint Congressional Committee on Covert Arms Sales to Iran. He is a partner in the law firm of Fein & DelValle PLLC.