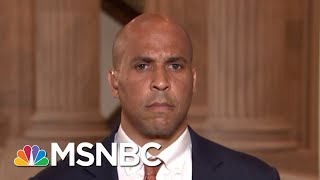 The president took Putin’s word over the US intelligence community’s conclusion that Russia interfered in the 2016 election.
» Subscribe to MSNBC: http://on.msnbc.com/SubscribeTomsnbc