The Media Signals Open Season on the Families of Trump Officials 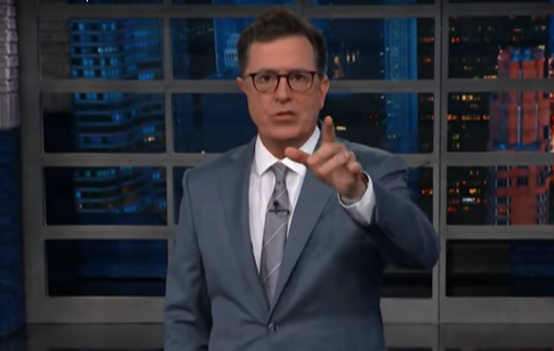 When this Baby Boomer was going to elementary school in the 1960s, the schoolyard rule was “Don’t hit a girl.”

Half a century later, that rule, however chivalrous, might strike some as sexist. So maybe we should update it for these politically charged times: don’t use the media to hit a private citizen living a private life.

By now everyone who follows the news is familiar with the harassment of Sarah Huckabee Sanders and her family and friends. Of course, there have been many other incidents, including the crazed comments from actor Peter Fonda concerning President Trump’s child, Barron. We might pause to note that if any conservative had said what Fonda did, he or she would have been drummed out of public life. As it was, Fonda apologized, and that was that, at least so far as the chatterers were concerned.

In the meantime, the view of the mainstream media seems to be that there needs to be more harsh coverage aimed at the family members of Trump administration officials.

For instance, there’s Darla Shine, a self-declared “happy housewife” living on New York’s Long Island. Just two weeks ago, Mrs. Shine—it seems okay to refer to her as “Mrs.,” given her declared celebration of married domesticity—was minding her own business, blogging about such topics as “canning at home,” “lasagna gardening,” and “tips for grilling,” and penning paeans to children, family, God, and country.

Then, on July 6, Mrs. Shine’s privacy evaporated. Mediaite did a big writeup on her, quoting her conservative and/or politically incorrect views on topics ranging from Barack Obama to autism.

Because Mrs. Shine is so obscure, the Mediate headline had to introduce her as “Bill Shine’s wife.” Darla Shine is married to Bill Shine—that’s the hook for the story. And Bill Shine is now the deputy chief of staff for communications at the Trump White House. And as we know, any news item with “Trump” in the headline will get eyeballs, and if it’s negative, even more eyeballs.

Then, on July 12, CNN followed up with its own story, this one headlined “Wife of top Trump aide had radio show where she said women in military should expect sexual harassment.” Once again, notice the use of the word “wife” in the headline; that is, both Mediaite and CNN realized that few would be interested in clicking on a story about what Mrs. Shine had to say were it not for her marriage to Mr. Shine. If you missed her radio show, don’t feel bad, because it was on an obscure network, and, in any case, CNN reports that it ran only from 2008 to 2009.

Those two stories opened the media floodgates on Mrs. Shine, and, in terms of viciousness, leading the way has been CBS’s Stephen Colbert, who paired a picture of Darla Shine with an image of the Ku Klux Klan and jibed, “racist a hundred years ago, racist now.” That line got a belly laugh from Manhattan Trump haters.

Even by MSM standards, that might seem to be enough vilification. But wait, there’s more. On July 16, the Washington Post’s media columnist, Margaret Sullivan, expressed concern that Darla Shine hadn’t been hit hard enough; the storyline about her, Sullivan lamented, was “seriously underplayed.” And so she rounded up various other media types who agreed with her. (Interestingly, the Post also chose to put “Bill Shine” in its headline, not “Darla Shine”—as we have seen, he’s the grabber as well as the real target.)

You see, all these years, Mrs. Shine has been proprietor of The Happy Housewife Club, which offers housekeeping, cooking, and child-rearing tips, punctuated by occasional upbeat statements such as “I want to be the best wife, mother, daughter, citizen, and friend that I can be.” That seemed to be the extent of her ambitions: her “about” page is heavy on homey stuff, showing her and two children, unnamed and only as tiny toddlers.

By contrast, Bill Shine has been in the media glare for a long time. He worked at Fox News for more than two decades where he rose to become a top deputy to the late Roger Ailes. After Ailes’ departure in 2016, he became the network’s co-president, before leaving the channel in 2017. And yet during all those years—the Happy Housewife site seems to go back to at least 2005—Darla Shine was not deemed newsworthy. That is, the mainstream media was silent on her, leaving her to be the Happy Housewife and nothing more.

Thus we might surmise that during those years, the media abided by an unwritten rule: don’t pick on the families of other media types, even rival media types. After all, it’s not nice to pick on people, and also, perhaps more crucially, it’s in every media person’s interest not to see loved ones picked on. Everyone in the media has a family, and so no one wanted to cast a stone, lest stone-casting become a widespread practice, hurting the innocent.

So what changed in 2018? Why did the gloves come off? Why is Darla Shine now famous? We all know the answer: Bill Shine joined the Trump White House. And for the media, that took the Shine story up a notch—or many notches.

Thus we’re starting to see the way these things work: to take a poke at Bill Shine—which is to say, to take a poke at Donald Trump—the mainstream media, joined by innumerable social media activists, have chosen to rummage around through Darla Shine’s home life.

Beyond Darla Shine, a casual glance at the headlines tells us that more vitriol is coming. Protesters now routinely congregate at the Northwest Washington, D.C. home of Jared Kushner, Ivanka Trump, and their three children. As one of them told the Daily Mail, referring to recent border enforcement controversies, it’s necessary for opponents of the Trump administration to speak loudly against “crimes against humanity.” The entire Kushner family, including children, are thus to be targeted. It doesn’t take much imagination to see where that kind of triggering rhetoric could carry a crowd.

In the meantime, Tom Steyer, the California billionaire who has long bankrolled Democrats and liberal causes—and has recently added presidential impeachment to his wish list—has actually endorsed personal confrontations with Trump staffers. We can observe the obvious: if Trump staffers are targeted, it’s distinctly possible that Trump family members will be collateral damage, too.

Even today, that long-ago schoolyard rule—not hitting a girl—still makes a lot of sense. And perhaps its figurative gentle spirit could be extended to bystanding boys and men, to those merely seeking to live their private lives. And who knows: maybe a new spirit of civility could even be extended to public officials—that is, all public officials, even Trump appointees.

After all, even the most vehemently anti-Trump Democrats would do well to seek to calm things down, because, one day, they will have the jobs of those who are now being tormented. And they, too, have families.