A Right To Try Arrives 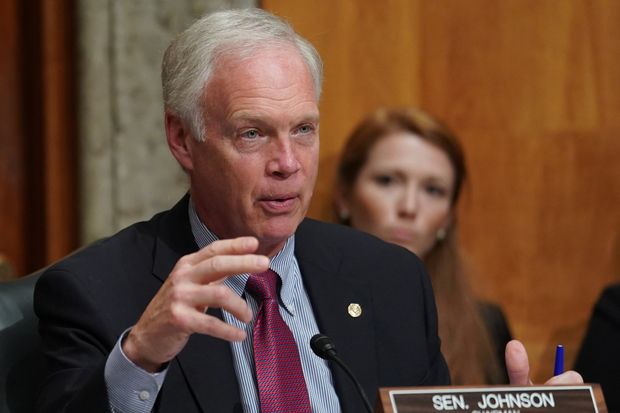 The House on Tuesday passed a bill that would allow some patients to seek medical treatments still in clinical trials, and this is a welcome end to some messy sausage-making. But it isn’t a GOP license to forget about the more fundamental bureaucratic obstacles to drug approvals.

The House passed 250-169 a bill sponsored by Senator Ron

of Wisconsin that passed the Senate by unanimous consent last year. The bill is named for patients such as Wisconsin mother of three

who died in 2015 after a battle with ALS. Another is

a young boy in Indiana who has

Mr. Johnson then tried to move the House bill in the Senate, but Minority Leader

blocked it for unexplained reasons.

The question since has been if the bill would die. Mr. Walden deserves credit for finally accepting the Johnson version instead of insisting on his own bill that would fail. The delta between the two versions involved in part who could “try” drugs—did a patient’s diagnosis have to be terminal?—but the differences aren’t worth derailing the project.

The core of the bill is to allow drug manufacturers and patients to enter into mutual agreements without government approval. Many drug companies will decline to provide experimental treatments because they fear this could distract from the goal of FDA approval. But right to try is still important as a message from Congress that patient and physician prerogative are more important than bureaucratic whim.

is eager to sign the bill, and he kicked off a speech on drug prices this month with some spontaneous lingua franca to FDA Commissioner

? Stand up, Scott. Stand up. And ‘right to try’ is happening, right? You have that moving? ‘Right to try.’ So important.” Vice President

has long been an advocate.

Right to try has moved because Americans perceive that new drugs aren’t reaching patients quickly enough, and they’re right. Discovering a new drug is perhaps the riskiest bet in all of American business. Three phases of clinical trials can last more than six years, and the third part involves as many as 3,000 patients. This model is untenable as discoveries target ever smaller patient populations in the emerging era of biomedicine.

has been updating FDA processes, but the movement could use more political firepower from Congress. Let’s hope the right-to-try moment is the first of many to help patients receive potentially life-saving treatments as soon as possible.