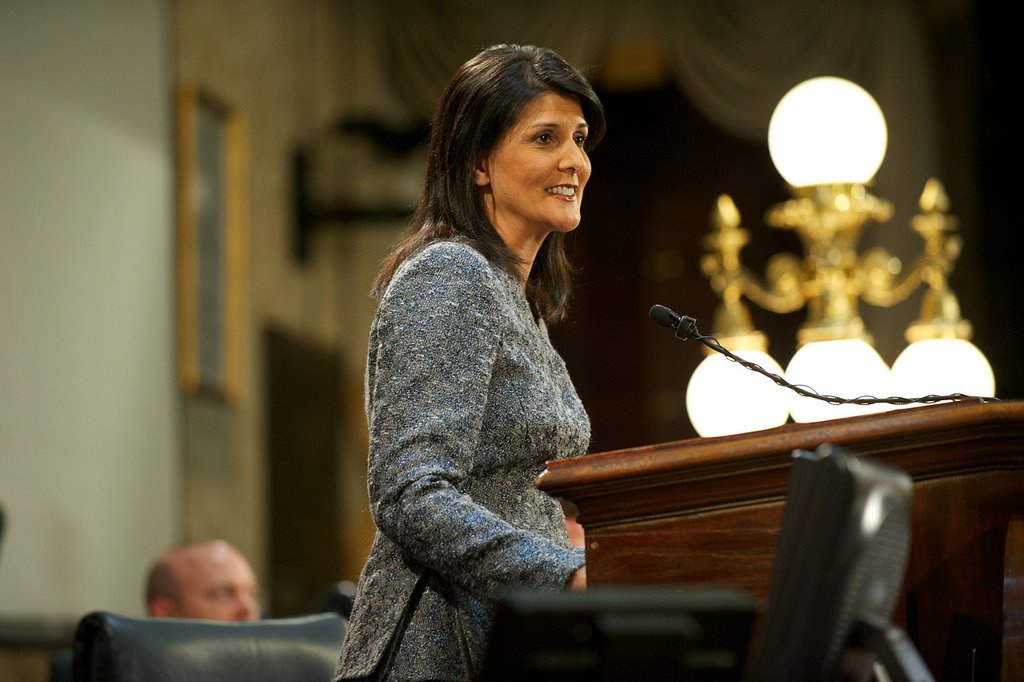 The United States announced in June that it was withdrawing from the council. Haley and Secretary of State Mike Pompeo cited the presence of authoritarian regimes and anti-Israel bias on the council. Haley elaborated on those reasons at a Heritage Foundation event, saying that the UN Humans Rights Council should be “a place of conscience,” but that the council has largely failed to be that.

“The Human Rights Council has provided cover not condemnation for authoritarian regimes,” she said.

The U.S. stayed on the council for a year of President Trump’s administration before deciding to withdraw.

Sixty-two percent of the Humans Rights Council’s membership are non-democratic countries. Nations like Venezuela, China, and the Republic of Congo, which all have clear human rights violations, have a seat at the council. Haley noted that even as mass graves were being discovered in the Republic of Congo, the council was approving the country’s bid to be a part of it.

The council was also silent on human rights abuses in Iran during recent peaceful protests of the current regime, and continues to be silent on the increasingly unstable state of Venezuela. Additionally, Haley mentioned Agenda Item 7 which condemns the nation of Israel. According to Haley, Agenda Item 7 does not denounce any action of the country, rather just the country’s existence.

Haley also said that many member nations shared many of America’s concerns but declined to say so publicly. “They had a voice, but they refused to use it,” she said.

These countries apparently pleaded for the United States to remain in the council in order to retain the last shred of credibility that the council had.

During her tenure as Ambassador to the United Nations, Haley has visited numerous refugee camps, meeting with displaced and battered peoples around the world. “As long as we have a voice, we should use it to advocate for these mothers and children,” Haley said.

Despite the exit from the Human Rights Council, Haley emphasized the United States’ commitment to promoting human rights abroad, and stated that America did not need the council to do so. She cited successfully fighting back against Russian and Chinese efforts to cut back on UN peacekeepers as well as proposing an arms embargo on South Sudan.