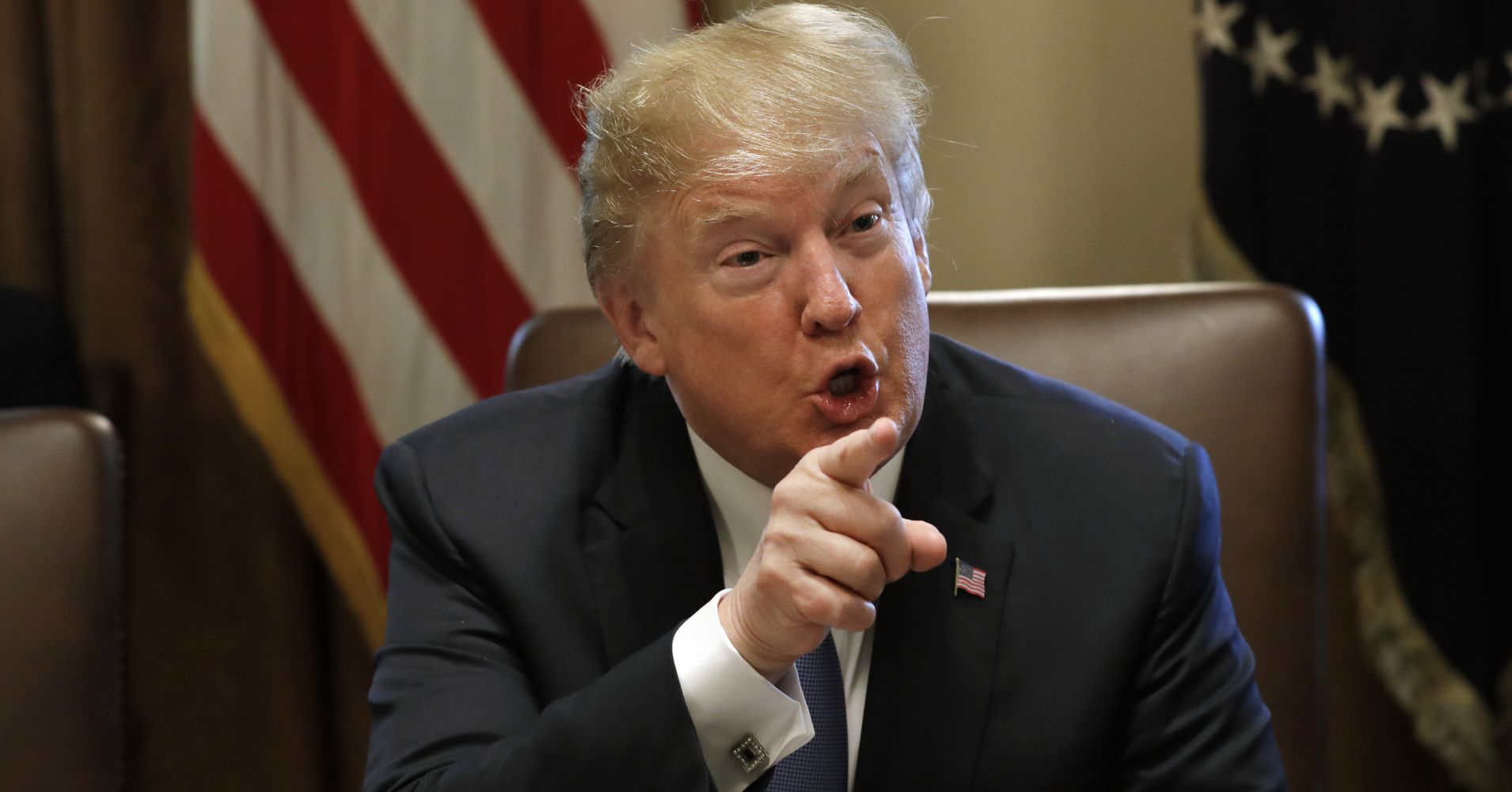 President Donald Trump said Wednesday that Russia is no longer targeting the United States with cyber attacks, a conclusion that is at odds with the one repeatedly asserted by Trump’s own intelligence services.

Dan Coats, Trump’s director of national intelligence, had a very different assessment about Russian efforts to influence U.S. elections as recently as Monday. In a statement, Coats said: “We have been clear in our assessments of Russian meddling in the 2016 election and their ongoing, pervasive efforts to undermine our democracy.”

And on Friday, Coats compared Russia’s current cyber efforts to warning signs that emerged before the 9/11 attacks. “The warning lights are blinking red again,” Coats said at a Washington, D.C. think tank. “Today, the digital infrastructure that serves this country is literally under attack.”

Trump’s latest round of comments also came one day after the president touted his administration’s aggressive efforts to prevent future Russian meddling.

“My administration has and will continue to move aggressively to repeal any efforts — and repel — we will stop it, we will repel it — any efforts to interfere in our elections,” Trump said at a meeting with members of Congress on Tuesday. “We’re doing everything in our power to prevent Russian interference in 2018.”

If Trump doesn’t believe Russia is currently targeting the United States at all, then the reasonable response to what his administration is doing about it would appear to be, nothing.

On Tuesday, Trump’s comments about the threat of current and future Russian meddling were largely drowned out by the president’s reversal on a basic fact about prior Russian meddling: Whether it happened at all.

In Helsinki, Trump had said he saw no reason why it would have been Russia who interfered, despite the clear and unequivocal conclusion reached by his intelligence agencies that it was, in fact, Russia. The response to his remarks was swift and uniformly negative, even from his staunch supporters.

Under immense pressure from both sides of the aisle, and from within his own administration, Trump on Tuesday invited cameras into what was billed as a closed meeting and read from a prepared statement. Trump said he had full faith in his intelligence agencies, and he accepted their conclusion that there was meddling in the 2016 presidential election. But, he added, “it could be other people also. Lots of people out there.”

Trump’s press conference Monday with Putin stunned the world, not least because the president appeared to endorse Putin’s denial of Russian election meddling over the conclusions reached by Trump’s own intelligence agencies that Russia did, in fact, interfere in the 2016 presidential election.

There, Trump described how Dan Coats, his director of national intelligence, “said they think it’s Russia,” but then Trump said, “I have President Putin. He just said it’s not Russia. I will say this: I don’t see any reason why it would be.”

Trump now claims he misspoke in Helsinki, and that he had, in fact, meant to say he didn’t see “any reason why it wouldn’t be Russia,” indicating that he gave the benefit of the doubt to his own people, and not to Russia’s president.

The reversal, which was widely panned by foreign policy experts as too little, too late, did, however help to give cover to congressional Republicans, who were put in a difficult position following Trump’s Helsinki comments, effectively asked to defend the indefensible.

Speaking on Wednesday, Sen. Bob Corker (R-Tenn.), a frequent critic of the president, said he was heartened by Trump’s claim that he had misspoken. Trump’s Europe trip “wasn’t perfect,” Corker told NBC, and “obviously what happened in Helsinki was especially non-perfect. But I thought yesterday was a step forward and I’m glad it occurred,” he said.