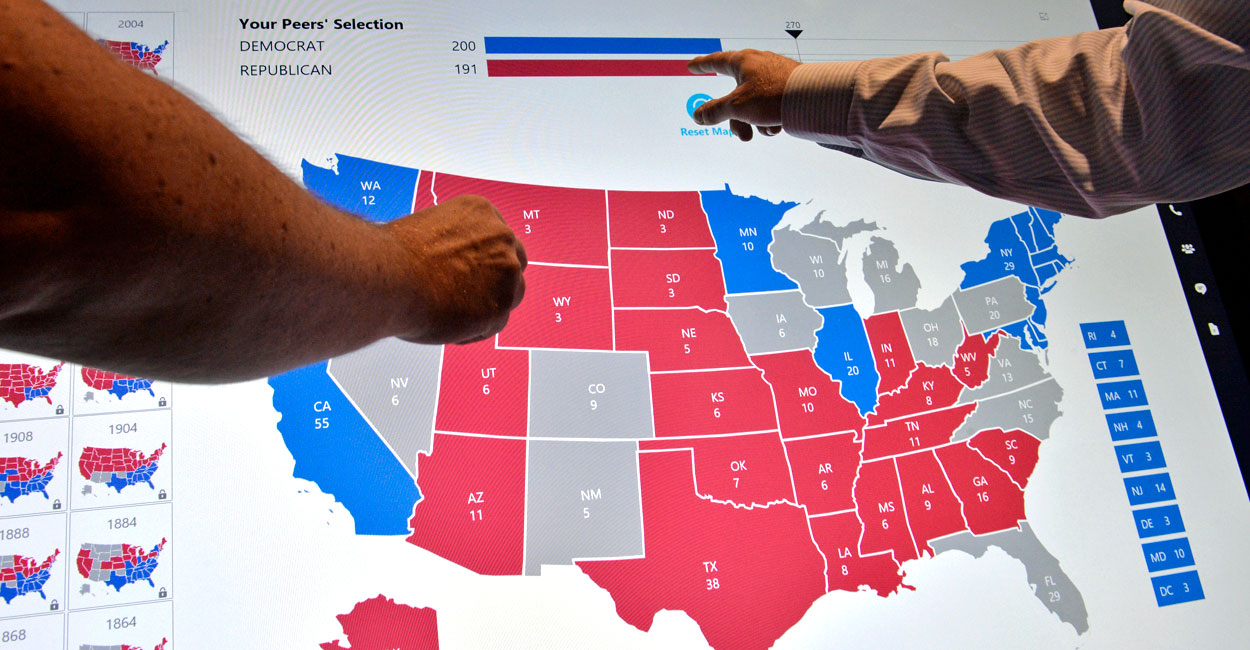 Will the 2018 elections be a wave against Donald Trump and the Republican Party? It depends upon how you define the word “wave.”

We defined wave elections as the 20 percent of elections in the last 100 years where the president’s party lost the most seats. Much like brokers using 20 percent stock fluctuations to determine bear and bull markets, we apply a similar methodology to wave elections. Not everyone will agree, but it provides a framework for furthering a concrete definition about wave elections.

For example, we arrived at 48 House seats by calculating the range of the 11 elections where the president’s party lost the most seats from 1918-2016 and making the lowest number the wave threshold. The range goes from 97 seats lost under Herbert Hoover (Republican) in 1932 to 48 seats lost under Lyndon Johnson (Democrat) in 1966 and Gerald Ford (Republican) in 1974.

Through this historical context, we provide an objective definition that has often been absent from debates among scholars and election experts about what separates wave elections from run-of-the-mill losses by the president’s party.

We are not dismissing arguments from experts such as Chris Cillizza, Amy Walter, and our co-author Jacob Smith, who look at unexpected wins, toss-up seats, and changes in the political status quo, respectively, to define waves. Our definition means to inform their insights, not replace them.

Furthermore, we intend our report to kick-start a conversation. We propose one methodology, but other tactics can be used to slice the data into waves.

For instance, some political analysts might argue that the data set should start with 1945, after World War II, rather than 1918. If we applied the same 20 percent definition to just the post-1945 elections, waves would occur when the president’s party loses 30 House seats, six Senate seats, five gubernatorial seats, and 344 state legislative seats.

Regardless of the definition, our objective is not to place a litmus test on what language pundits should use when discussing the outcome of the 2018 elections. Instead, we seek to provide historical context about how the president’s party has performed in the past and spark future discussions about wave elections and the forces of political change.