The Dickensian Return of Debtors’ Prisons 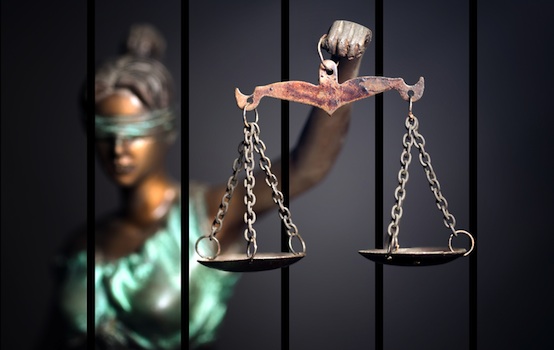 Editor’s note: This is the third in a collaborative series with the R Street Institute exploring conservative approaches to criminal justice reform.

Imagine you’re living paycheck-to-paycheck. On your way home from work one evening you’re pulled over for having a loud muffler or tossing a cigarette butt out of your window, or maybe you’re cited by your local municipality for letting your grass grow a tad too long. Suddenly, you owe hundreds of dollars in fines and fees. But you can’t afford to pay without falling behind on rent, car payments, or other essentials.

Those hypotheticals may sound far-fetched, but for far too many poor Americans, they’re a reality. Unpaid fees can turn lives upside down; they can trap people in a perpetual cycle of poverty and incarceration.

Many civil liberties and civil rights organizations rightly point out that the practice of jailing people for unpaid fines and fees is turning our criminal justice system into a de facto debtors’ prison.

The Marshall Project’s Eli Hager says debtors’ prisons are “any prison, jail, or other detention facility in which people are incarcerated for their inability, refusal, or failure to pay debt.” They’ve been outlawed by Congress since 1833 (Dickensian times), at least in theory. In 1983, the Supreme Court ruled in Bearden v. Georgia that judges must first consider whether a suspect is “willfully” refusing to pay a fee before locking him or her up for failure to pay.

Still, modern judges routinely sentence poor Americans to jail for not paying fines or fees. Take the story of 62-year-old Edward Brown. In February 2015, the bedridden Brown was cited by the city of Jennings, Missouri, for letting his grass grow too high. After Brown’s small house was condemned, he continued to live there and was subsequently charged with trespassing on what was, just the other day, his own property.

Brown, who was living off of a $488 Social Security check and food stamps, was ultimately saddled with $464 in fees from the city. Certainly, one would have a hard time arguing that his inability to pay the fees was “willful.” However, that didn’t stop judges from sentencing him to jail on multiple occasions.

A few months later, 635 miles to the east in the Pittsburgh suburb of Apollo, Pennsylvania, a similar fate awaited Judith Snock. The then-59-year-old was pulled over for speeding, and issued a $138.50 ticket.

District Judge Carolyn Bengel demanded that Snock pay her fine within an hour of being brought to court, or she would be locked in jail overnight. Snock, who had just broken her arm in a car accident, had been laid off from her job at a cement plant, and thus could not pay. She spent the night in jail.

Snock’s and Brown’s cases aren’t outliers. As a matter of fact, in 2016, some 2,500 people were jailed for failing to pay fines or fees in Pennsylvania, according to the Pittsburgh Post-Gazette.

And the fines related to arrests are just the tip of the iceberg for poor Americans. Their costs can skyrocket once they enter the courtroom, with pre-conviction fees, sentencing fees, incarceration fees, parole fees, and a whole host of other charges awaiting them.

Pre-conviction fees include paying for a jury, a public defender, or “room and board” for pre-trial incarceration. Once the trial begins, suspects can be on the hook for administrative fees, restitution, and paying back their attorneys. Drug test costs and renting out an ankle bracelet or breathalyzer can burden the suspect once they’re released from jail. Not to mention, interest and late fees apply to many of these payments.

Even aspects of our criminal justice system that are typically thought of as free for the indigent aren’t really free at all. For example, in 2014, NPR found that suspects in 43 states and the District of Columbia were required to pay public defender fees. The initial application fee can run anywhere from $10 to $400; additional reimbursements after the case is settled can cost thousands of dollars.

If let out of prison, the suspect has more than just the public defender to compensate. For example, if the alleged criminal is required to take drug tests, they must pay for that. If they are put under house arrest, they must pay rental fees for an ankle bracelet. These fees vary from state to state, but typically add up to hundreds and even thousands of dollars.

The question still remains: how have judges legally been able to sentence poor citizens for failure to post collateral? The answer lies in the vague nature of the Supreme Court’s ruling in the 1983 Bearden case.

In the majority opinion, the Court ruled, “The State may not use as the sole justification for imprisonment the poverty or inability of the probationer to pay the fine and to make restitution if he has demonstrated sufficient bona fide efforts to do so.”

The problem here arises from the fact that the court never explained what constitutes “sufficient bona fide efforts.” With such a vague ruling, judges have been left with the discretion to determine whether suspects make legitimate efforts to pay the fees or not. Such a standard is arbitrary and ripe for abuse by judges who want to seem “tough on crime.”

NPR’s investigation also found “wide discrepancies” in how judges make determinations as to whether suspects have tried to pay or not.

It is clear that in the cases of Brown and Snock, both suspects did everything in their power to pay the fees they owed. Both were injured and unemployed due to said injuries, making it hard to pony up out of their own pockets.

Snock, for example, was only granted an hour to come up with the money she owed, and was obviously unable to do so. Luckily, her retired mother was eventually able to collect enough money to pay the fee and get her daughter out of prison.

Brown, on the other hand, has been unable to pay his fees. That’s sent him in and out of jail in the Jennings area for a few years, and the local government continues to demand hundreds of dollars from him.

Furthermore, in 43 states, unpaid fines and fees can lead to a suspect losing his or her driver’s license. License suspensions are particularly pervasive in poor communities and communities of color. A study conducted by ProPublica Illinois found that 54 percent of license suspensions in that state occurred in “low income zip codes,” and 44 percent occurred in majority-black zip codes, even though only 11 percent of Illinois’ total population is black.

When a poor person’s license is suspended, it becomes nearly impossible to pay back the fees and fines that are owed in the first place, especially in rural parts of the country with less access to public transit. An American with a suspended license is likely to either lose his or her ability to get to work and thus make money to pay off the debt, or risk additional fines for driving with a suspended license. A 2007 study conducted in New Jersey found that 42 percent of people who had their licenses suspended in the Garden State lost their jobs as a result.

In an April 2018 paper on the impact of driver’s license suspensions, the Reason Foundation’s James Craven found that in an average case in Michigan the fees to get one’s license back could cost $2,118. Such a sum is nearly impossible to pay without steady work. And Michigan is not unique here—across the nation, states charge hundreds and even thousands of dollars for driving without a license.

So what is the path forward?

Leaving so much discretion to local judges has been mostly bad news for poor Americans. However, this isn’t what’s inherently troubling.

Similar approaches have been taken with the election of district attorneys who vow to pass criminal justice reforms. Take Philadelphia’s new DA, Larry Krasner, for example.

On the campaign trail, Krasner vowed to support criminal justice reform, oppose the death penalty, and hold law enforcement accountable. So far, he’s delivered on those promises. For example, he refused to pursue the death penalty for an alleged police killer, and he allowed rapper Meek Mill to be released in a high-profile, non-violent parole case.

Judges may not have the same level of discretion as district attorneys, but when it comes to sentencing for unpaid fees, a reform-minded judge can make all the difference in the world.

Other efforts to prevent another Edward Brown or Judith Snock from being locked up over fees they cannot afford are underway. Lawsuits, brought by civil liberties organizations such as the American Civil Liberties Union (ACLU), have helped make headway in some regards.

In 2016, the city of Jennings agreed to pay $4.6 million to approximately 2,000 “mainly poor and black” suspects who had been jailed for unpaid fees and fines.

In Snock’s home state of Pennsylvania, the Supreme Court’s Criminal Procedure Rules Committee has proposed amending the law. The amendments would require that when deciding whether a suspect can afford to pay the fees or not, the judge must take into account the suspect’s salary, other forms of income, the value of any properties he or she owns, debts owed by the suspect, dependents the suspect supports, and other income earners in the household.

The ACLU is currently fighting battles against debtors’ prisons in 15 different states that it has identified as violating the rights of indigent Americans.

Yet even with reforms being pushed, there’s no two ways about it: unpaid fines have contributed to the formation of a two-tiered society. Punishment for failure to pay fees for minor infractions should not be something that turns a person’s life upside down.

Dan King is a Young Voices Advocate, journalist, and digital communications professional based in Arlington, Virginia. His work has appeared at National Review, Reason, The Week, and the Weekly Standard.