Woman who wanted Republicans hounded moans over being hounded 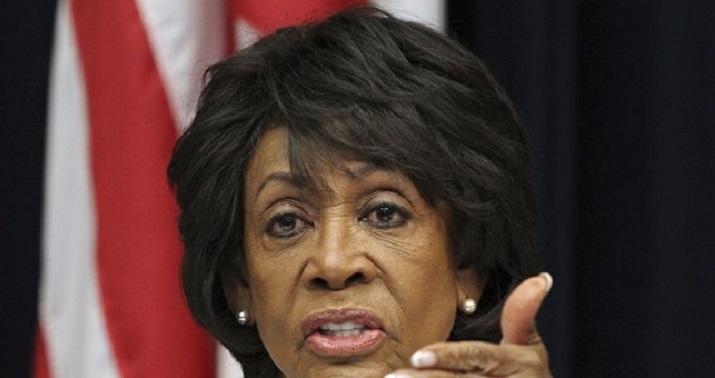 Remember when Maxine Waters was saying that activists should haunt the steps of every person associated with the Trump administration and let them know they were “not welcome” in polite society? Well, the shoe is on the other foot now and the congresswoman isn’t very pleased. Oath Keepers has announced that they will be protesting Waters at her Los Angeles congressional office and she’s issuing a warning to her supporters to stay away from the dangerous “gun nuts” who will probably start a war or something. (ABC News)

Rep. Maxine Waters warned supporters on Wednesday of potential “armed protests” against her after an extremist group called for ongoing demonstrations outside her office in Los Angeles.

In a lengthy statement issued late Wednesday, Waters, D-Calif., said she’d been notified about forthcoming protests by the Oath Keepers, which she described as “an anti-government militia” that’s staged armed protests in cities across the country.

She warned her supporters against being “baited” into counter-demonstrations or confrontations with the organization, which she said has a track record of “violent and provocative behavior.”

Not so fun when you’re the one being “hounded” now, is it? But it’s also worth noting that there’s a key difference between what the Oath Keepers are planning and the liberal tactics Maxine Waters has publicly endorsed. The Oath Keepers want to protest outside of the congresswoman’s office. That’s her official place of business where she’s supposedly engaged in her job. Provided they keep to the sidewalks, don’t block traffic or prevent constituent access to the office, it’s nothing more than a typical political protest.

Conversely, Waters specifically endorsed tracking and chasing down members of the Trump administration when they went out for a meal, to go shopping, at their homes and in every other moment of private time they have outside of their government jobs. That’s not a political protest. It’s harassment.

Deciding to “warn” constituents that the Oath Keepers are there looking for an armed confrontation is, of course, over the top. I’ll grant you that Stewart Rhodes goes way over the top in terms of his rhetoric at times, but the group’s record has been greatly overblown in liberal panic rooms. The SPLC defines them as a hate group (of course, I think they said that about the Boy Scouts too), but actual incidents of open warfare and violence by the group are strictly vaporware.

The LAPD is going to be on hand when the Oath Keepers arrive so it should be an interesting scene. As usual, we’ll be keeping an eye out to determine if the group actually starts any physical confrontations or if it’s the “counter-protesters” who throw the first punches. Stay tuned.