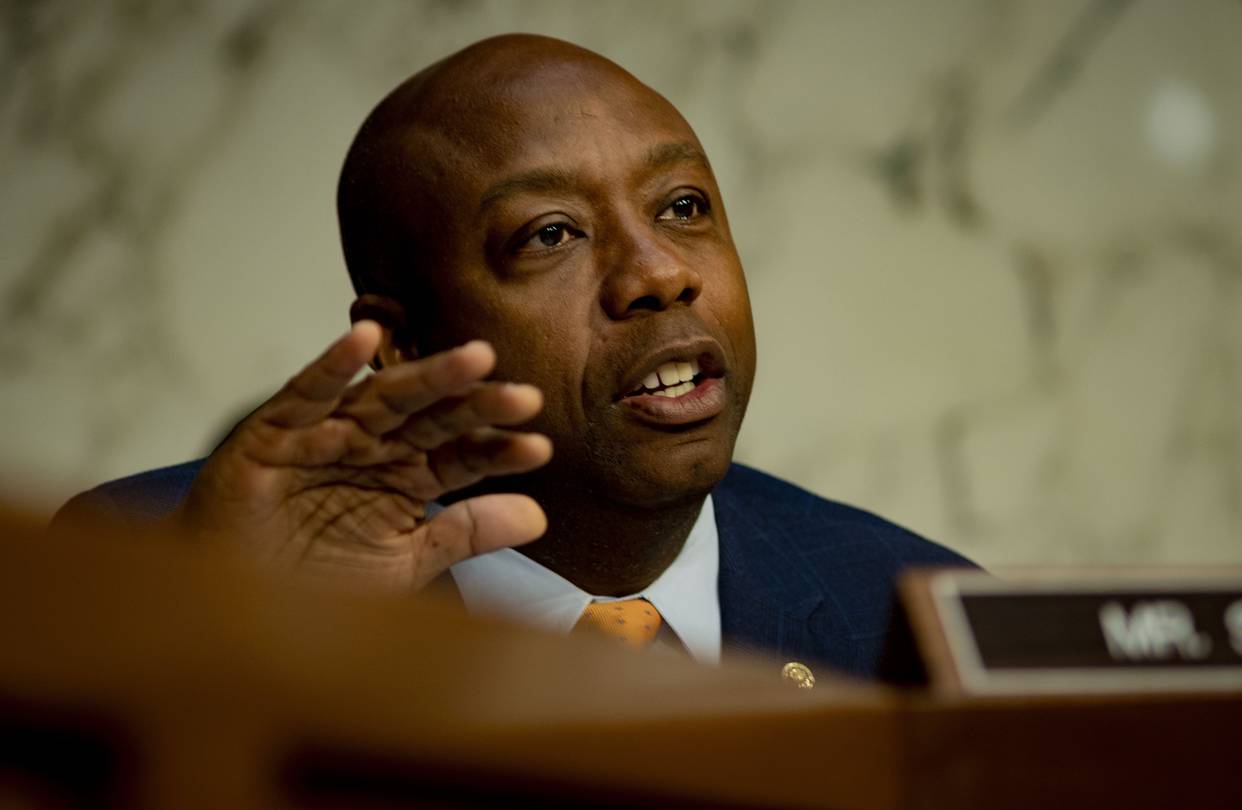 Ben Franklin is credited with advising his fellow revolutionaries that if they didn’t hang together, they would assuredly hang separately. The Republican Senate learned this lesson the hard way Thursday when last-minute doubts by Sen. Tim Scott (R., S.C.) killed the nomination of Ryan Bounds to the Ninth Circuit Court of Appeals. The defeat overshadowed what should have been the news this week: a record number of appellate-court confirmations since President Trump took office.

—have objected to his nomination largely due to college writings they incorrectly claim he tried to conceal. But what really killed the nomination was when Mr. Scott, the sole black Republican in the Senate, told colleagues Thursday he didn’t have enough information to vote “yes,” and

Mr. Scott is not on the Judiciary Committee so is unlikely to be as familiar with the charges as those who are. But the information was available—long before the time to vote. What Mr. Scott would have seen had he looked is a college kid writing sarcastically about political correctness, identity politics and multiculturalism on campus. These are flimsy and unfair grounds to defeat a nominee.

Democrats are crowing about the defeat.

(D., N.Y.) even suggested that if Mr. Bounds can be denied confirmation because of college writings, “it’s going to be hard to argue that [Supreme Court nominee Brett] Kavanaugh’s writings in the White House are not relevant.”

The larger story is that judicial confirmations have been a great Republican accomplishment. The day before Mr. Bounds’ nomination was withdrawn, the Senate confirmed Mr. Trump’s 23rd appellate nominee—breaking the record held by George H.W. Bush for most appellate-court nominees confirmed in a President’s first two years. According to the U.S. Courts website, there are seven appellate-court nominees awaiting Senate confirmation, five nominees pending for vacancies that will occur in the future, and 14 current vacancies to fill.

As for Judge Kavanaugh, the Bounds fiasco ought to galvanize Senate Republicans. Shortly before the Bounds vote was cancelled, the Senate reported four more appellate judges out of committee—one for the Third Circuit, two for the Fourth and one for the Eleventh.

Republicans hold the Senate at least until January, and President Trump still has time to nominate someone to take Mr. Bounds’ place on the Ninth Circuit. Confirmations are a team sport, and with an effective 50-49 majority, Senate Republicans need to show up prepared and ready to play.