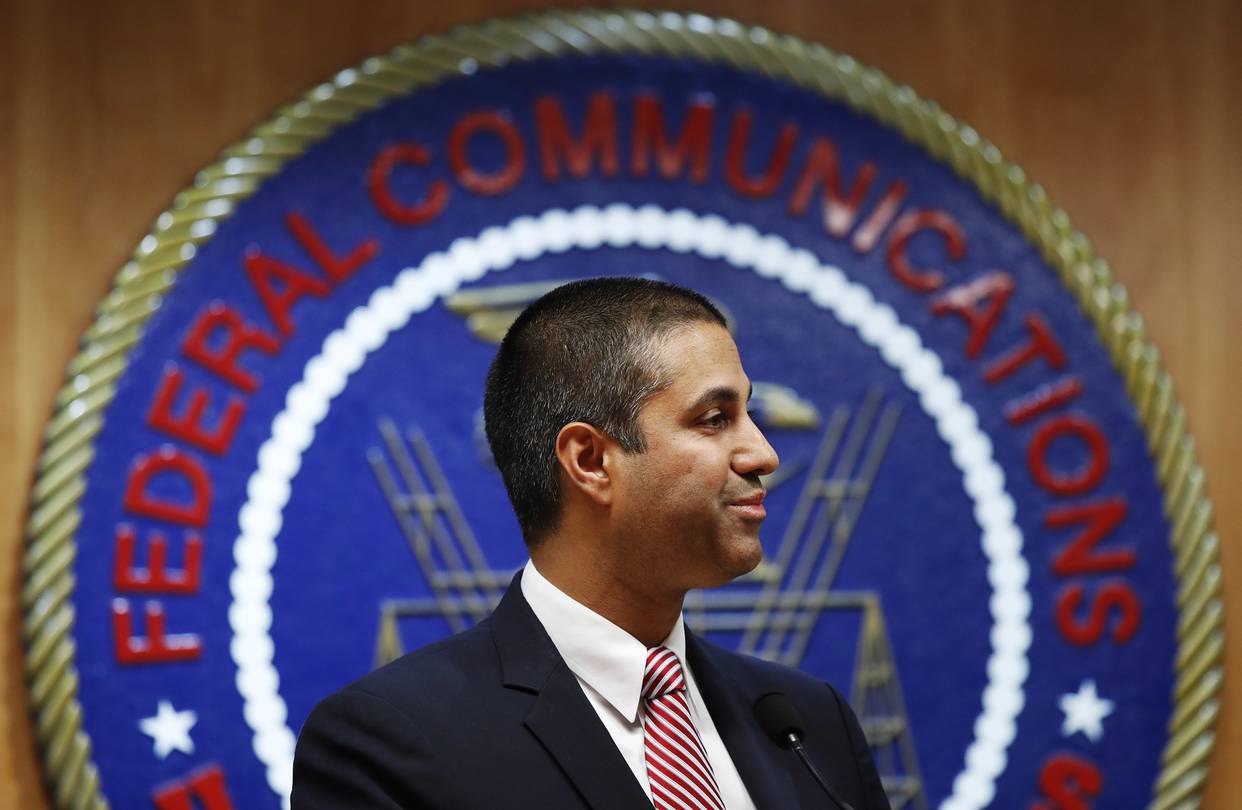 Media content companies and telecom delivery systems are fast converging, which has propelled

who must manage this economic change with outdated communications laws.

Liberals love to hate Sinclair because its programming leans conservative, and for months they have derided Mr. Pai as a subsidiary of the Smith family-owned network because he has eased regulations to facilitate the Tribune tie-up. But on Monday Mr. Pai hit pause on the deal.

“Evidence we’ve received suggests that certain station divestitures that have been proposed to the FCC would allow Sinclair to control those stations in practice, even if not in name, in violation of the law,” Mr. Pai said. “When the FCC confronts disputed issues like these, the Communications Act does not allow it to approve a transaction.”

Let’s rewind the tape. Sinclair, which owns or operates 191 stations, last year made a $3.9 billion bid for Tribune. Since the merged company would exceed the FCC’s national and local audience caps, Sinclair offered to sell about two dozen stations. Even then Sinclair would exceed the 39% limit that Congress dictated in 2004.

These audience caps are relics of the analog age when people relied on local broadcast stations for news. The intent was to maintain a diversity of editorial viewpoints. But the restrictions are passé and make it harder for broadcasters to scale up and compete with

and Google for advertising dollars.

Barriers to entry are falling as news media converge and digital platforms expand. Sinclair competes with Fox News and Newsmax Media, among others, for conservative eyeballs. Its local programming vies against national broadcasters and even

(The Journal has a weekend show on Fox.)

Mr. Pai knows all this and has tried to promote competition across platforms, but laws and regulations are less supple than markets. Last year he reinstated a decades-old rule junked by his predecessor

that allowed stations with channels 14 and higher to count only half of their market toward the cap. In the era of bunny-ears, these stations had signals with shorter reaches.

The rule helped Sinclair clear the national audience cap but was challenged in court. Liberal groups claimed the regulation was anachronistic, which is ironic since the left cheered Mr. Wheeler’s net neutrality rules that applied obsolete utility-style regulation to broadband. The D.C. Circuit Court of Appeals is expected to rule soon, and a strike against the FCC could scuttle the Sinclair-Tribune deal.

Meantime, Sinclair’s opponents on the left and right are playing regulatory arbitrage. Newsmax has petitioned the FCC to deny Sinclair’s divestiture applications, which it claims are “antithetical to the public interest.”

At issue are Sinclair’s “sidecar” deals that allow the company to retain some control of its sold stations. Such “sidecars” can smooth a transition in ownership but must be made at “arm’s length.” Sinclair’s don’t appear to be. A business associate of Executive Chairman David Smith and a privately-held company controlled by his family had offered to buy some of the stations.

The 1934 Communications Act requires an administrative hearing if a party makes “specific allegations of fact” that a merger is inconsistent with “the public interest” or violates the FCC’s ownership rules. If the FCC rubber-stamped Sinclair’s sidecars, it would surely be challenged in court. Mr. Pai thus asked his colleagues on the commission to punt the matter to an agency administrative law judge. Sinclair on Wednesday offered to tweak its sidecar deals to assuage Mr. Pai’s concerns, but it’s not clear whether its proposed changes will be sufficient.

The left is rejoicing—maybe this will reduce Mr. Pai’s threat ranking to Public Enemy No. 3—but Sinclair’s regulatory travails mean less media competition. Mr. Pai is doing his best to make markets more competitive, but unlike his predecessor he has refrained from rewriting laws to achieve political goals. It’s up to Congress to change broadcast ownership restrictions.