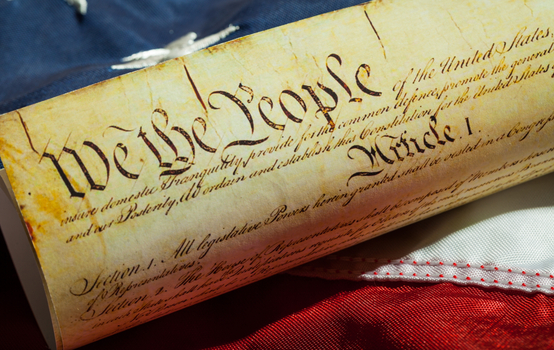 The 14th Amendment became part of the U.S. Constitution 150 years ago in July of 1868. Among other things, it enshrined our traditional common law practice of granting citizenship to those born in the United States who are subject to its laws—specifically it guaranteed that the recently freed slaves and their descendants would be citizens. The 14th Amendment also applied to the children of immigrants, as its authors and opponents understood at the time.

President Trump’s immigration position paper, however, famously endorsed an end to birthright citizenship. Michael Anton, a former national security official in the Trump administration as well as a lecturer and researcher at Hillsdale College, pushed such a move recently in the Washington Post. Anton argued that President Trump should use his pen and his phone to exclude the children born here to noncitizens, with little thought of what would happen were such a policy enacted.

Taking Anton’s advice would do grievous harm to our country, destroy one of the finest legacies of the Republican Party, and overturn centuries of Anglo-American common law in exchange for a citizenship system that would slow assimilation.

It did not matter that Chinese immigration was illegal at the time or that they were not allowed to naturalize—being born here conferred citizenship. That’s because immigrants, both legal and illegal, are subject to the jurisdiction of the United States government, jurisdiction being a fancy legal word for “power.” Any other interpretation would mean that the U.S. government didn’t have legal power over tourists or illegal immigrants here, a crazy notion. (Jurisdiction does not apply to diplomats or other employees of foreign governments who are working here in an official capacity—those covered by diplomatic immunity—as the Wong Kim Ark decision makes clear.)

During the debate over the passage of the 14th Amendment, both sides understood that the new law would extend citizenship to the children of immigrants who were legally barred from naturalization and, later, immigration. Republican Senator Jacob Howard of Michigan introduced the citizenship clause and said it “will not, of course, include persons in the United States who are foreigners, aliens, who belong to the families of ambassadors or foreign ministers accredited to the Government of the United States, but will include every other class of persons.” (Emphasis added.)

Even opponents understood what the citizenship clause would do. A provision almost identical to the citizenship clause had appeared in the Civil Rights Act of 1866 that then-President Andrew Johnson vetoed. Johnson wrote that the language in question “comprehends the Chinese of the Pacific States, Indians subject to taxation, the people called Gipsies, as well as the entire race designated as blacks, people of color, negroes, mulattoes, and persons of African blood. Every individual of these races, born in the United States, is by the bill made a citizen of the United States.”

The legal issues are clear cut, but what matters most is how the clause has affected the United States. Extending citizenship to the children of all immigrants, regardless of their parents’ legal status, has helped with assimilation. That is a happy unintended benefit of the 14th Amendment that we should not discard.

Recent comprehensive research projects on immigrant assimilation bear out how successful the American model has been. University of Washington professor Jacob Vigdor writes, “Basic indicators of assimilation, from naturalization to English ability, are if anything stronger now than they were a century ago.” Children of all immigrants can serve in the military, purchase firearms, serve on juries, and are theoretically treated the same by the justice system because they are citizens at birth.

Our system contrasts with those of other countries that accept many immigrants but don’t extend birthright citizenship to their children—especially in Europe. The result there has been a large legal underclass of people who have little stake in their countries of birth, as Reagan noted. Immigration in Europe is not the disaster that many conservatives paint it to be, but the problems that do exist are made worse by the type of European citizenship laws that Trump seems to want to adopt here. Nothing good ever comes from resentful and displaced young people who are officially discriminated against by the law.

No matter how strict our immigration laws become, there will always be some illegal immigrants and legal non-citizens in the United States. The 14th Amendment is an insurance policy that guarantees that those born to them have the best shot at assimilating. On this, the 150th anniversary of the 14th amendment’s ratification, we need to defend its principles against a president who seeks to undermine a great and exceptional American institution.

Alex Nowrasteh is the senior immigration policy analyst at the Cato Institute.