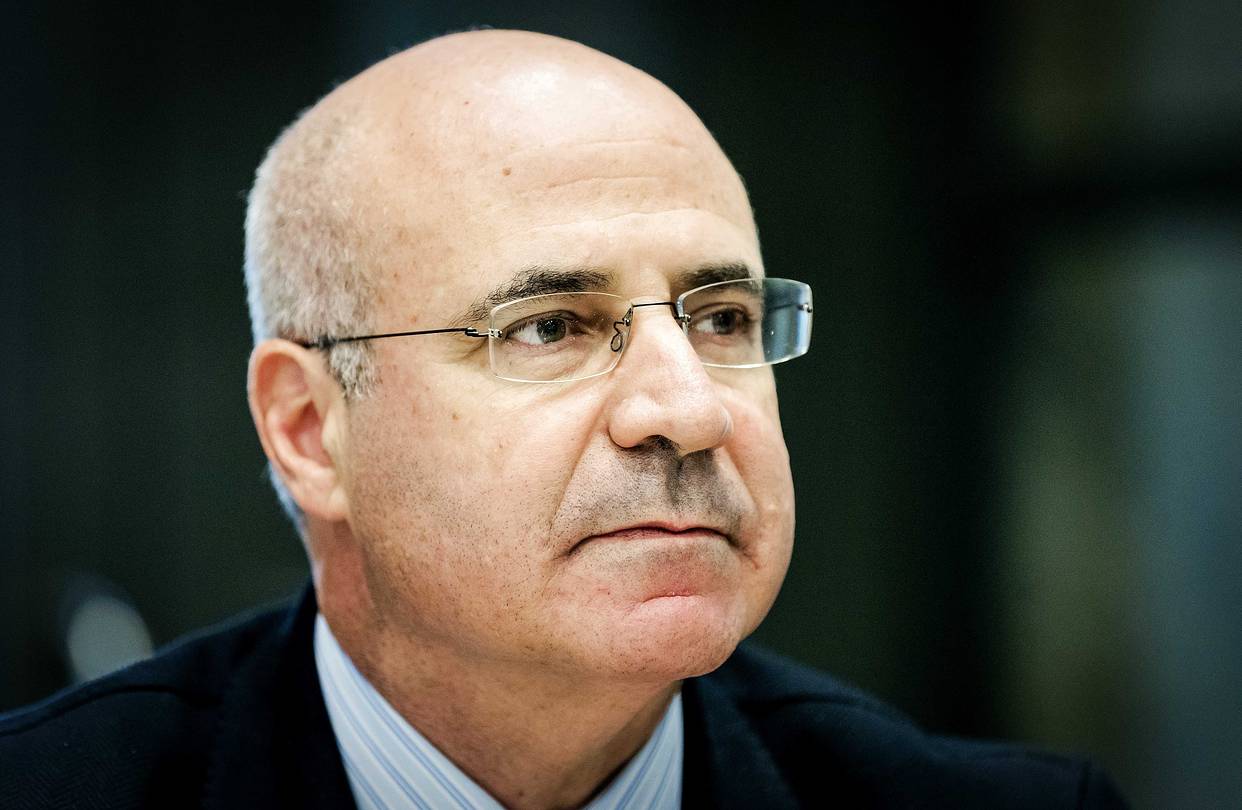 Bill Browder, CEO of Hermitage Capital Management, speaks in the House of Representatives in The Hague, Netherlands, May 23.

knows what he wants from

Someone should tell Mr. Trump that he and Mr. Browder were both targeted by Fusion GPS, the political gun-for-hire that midwifed the Steele dossier in 2016.

Mr. Browder has been on Moscow’s enemies list since he lobbied Congress to pass the Magnitsky Act in 2012. The law is named for Mr. Browder’s late lawyer and auditor

who exposed a $230 million fraud embarrassing to the Kremlin, was arrested on trumped-up charges, and died from torture and neglect in a Moscow detention center at age 37.

The Magnitsky Act, versions of which have also passed in Britain, Canada and the Baltic states, allows for sanctions and travel restrictions on human-rights violators. The U.S. has sanctioned 51 Russians under the law. The Kremlin has been hounding Mr. Browder for years, lodging “red notice” requests with Interpol for his arrest and filing frivolous lawsuits in U.S. and British courts.

The news this week is that Mr. Putin complained about Mr. Browder in Helsinki at his news conference with Mr. Trump. The Russian accused Mr. Browder of tax fraud and “a contribution to the campaign of

” the latter of which looks like an unsubtle attempt to seduce Mr. Trump to help him.

The next day Russia’s prosecutor general said Moscow wants to question several U.S. officials allegedly involved with Mr. Browder, including former U.S. Ambassador to Russia Michael McFaul. Asked about that Wednesday, White House press secretary Sarah Sanders said “the President’s going to meet with his team and we’ll let you know when we have an announcement on that.” What?

It seems Mr. Putin also sought Mr. Trump’s intervention against Mr. Browder during their private meeting in Helsinki. The State Department rightly rejected Mr. Putin’s interrogation request as “absurd” on Wednesday, but allow us to connect some dots for Mr. Trump.

to support relief in the 2016 campaign. Recall that Kremlin-linked lawyer

in June 2016 at Trump Tower on the pretext of having dirt on Hillary Clinton. It turned out she had nothing on Mrs. Clinton but wanted to lobby the two to support repeal of the Magnitsky Act.

Mrs. Veselnitskaya also worked alongside Fusion GPS to undermine the Magnitsky Act, which means Fusion was working both for the Russians to smear Mr. Browder and the Clinton campaign to smear Mr. Trump via the Steele dossier.

told Congress that he had planted information with U.S. media about Mr. Browder’s “activities in Russia” and his supposed “history of tax avoidance.” We doubt Mr. Putin told Mr. Trump about the Kremlin link to Fusion in their private conversation about Mr. Browder.

All of this is another way of saying to Mr. Trump that Vladimir Putin is trying to con you, sir. And on that point, the U.S. Senate did Mr. Trump a favor Thursday by voting 98-0 for a resolution warning the President not to let the Russian government question diplomats or other officials.

On Thursday afternoon the White House seemed to see where the politics of this was going when it released a statement saying that the request to interview U.S. officials “was made in sincerity by President Putin, but President Trump disagrees with it.” The White House then announced that Mr. Trump will invite Mr. Putin to meet in Washington.

Mr. Trump should know that critics of the Kremlin often end up dead, and Mr. Browder is undoubtedly a target. Before he cuddles with the bear again, Mr. Trump ought to say publicly that Mr. Putin will get no help from the U.S. against Mr. Browder. And that if anything happens to Mr. Browder—if he should fall from a bridge, or be shot as he gets out of a car—the world is going to blame Vladimir Putin.