The Latest: Trump invites Putin to Washington in the fall 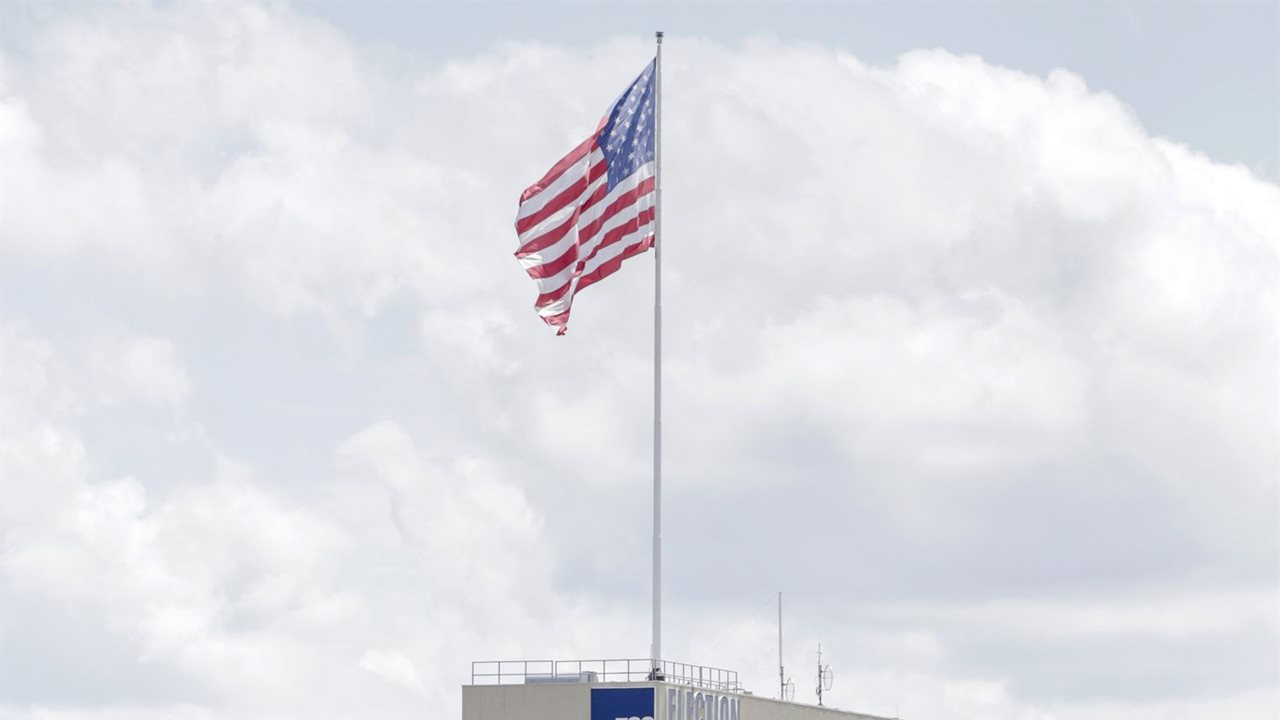 WASHINGTON (AP) — The Latest on President Donald Trump and Russia (all times local):

President Donald Trump has invited Russian President Vladimir Putin to the White House this fall for a second get-together, even as cleanup from the first continues with no letup.

A White House meeting would be a dramatic extension of legitimacy to the Russian leader, who has long been isolated by the West for activities in Ukraine, Syria and beyond.

No Russian leader has visited the White House in nearly a decade.

Trump tweeted earlier that he looked forward to “our second meeting” as he defended his performance at Monday’s summit.

Sanders says “those discussions are already underway” for a fall meeting between the two presidents.

It presumably would take place at the White House, but Sanders did not say where Trump and Putin would meet.

In a tweet about Putin earlier Thursday, Trump said, “I look forward to our second meeting.”

The Senate has overwhelmingly approved a resolution against allowing Russia to question former U.S. ambassador Michael McFaul or other U.S. officials. It was a formal rebuke to President Donald Trump, who touted the offer at the Helsinki summit with Russian President Vladimir Putin.

Senate Majority Leader Mitch McConnell hastily arranged the vote on the nonbinding resolution after Democrats proposed the measure in response to what Trump had called Putin’s “incredible offer.”

Putin offered to allow the U.S. to question 12 Russians accused of interfering in the 2016 election in exchange for permitting Russia to interview Americans the Kremlin accuses of unspecified crimes.

Facing a backlash of bipartisan criticism, the White House on Thursday said Trump “disagrees” with Putin’s offer. That statement came moments before the Senate vote.

Senators voted 98-0, with all Democrats and most Republicans supporting the resolution.

The White House says President Donald Trump “disagrees” with Russian President Vladimir Putin’s offer to allow the U.S. access to Russians accused of interfering in the 2016 election, in exchange for interviews of Americans the Kremlin accuses of unspecified crimes.

White House press secretary Sarah Huckabee Sanders says the proposal was “made in sincerity” by Putin but Trump “disagrees with it.” She says the U.S. still hopes Putin will have the 12 Russians indicted on charges brought by the Justice Department “come to the United States to prove their innocence or guilt.”

Putin made what Trump called an “incredible offer” during their summit Monday in Helsinki.

The White House had said Wednesday that offer was under consideration, even though the State Department called Russia’s allegations against the Americans “absurd.”

Last week, the Justice Department announced indictments against 12 Russian military intelligence officers for their role in hacking Democratic groups during the 2016 campaign.

Homeland Security Secretary Kirstjen Nielsen says she has not seen evidence that the Russians meddled in the 2016 election to help elect Trump, countering the U.S. intelligence agencies assessment on the issue.

Nielsen said: “I haven’t seen any evidence that the attempts to interfere in our election infrastructure was to favor a particular party.”

And yet Nielsen still says she stands behind the intelligence agencies’ assessment that Russia meddled in the election. She added that Russia’s influence operations were aimed at causing chaos on both sides.

Nielsen spoke Thursday at the Aspen Security Forum in Colorado.

Majority Leader Mitch McConnell says the Senate will vote Thursday on a resolution opposing the questioning of U.S. diplomats and other American officials by a foreign government.

Republicans blocked two other resolutions Thursday backing intelligence community findings that Russia interfered in the 2016 election and calling for other responses to the meddling. One was sponsored by Republican Sen. Jeff Flake of Arizona.

The resolutions come in the wake of Trump’s meeting with Putin.

A Republican senator has blocked a symbolic Democratic effort to have the Senate protect U.S. elections systems from Russian interference.

The resolution from Sen. Bernie Sanders also said President Donald Trump had to cooperate with special counsel Robert Mueller’s investigation into Russian meddling in the 2016 election. And Sanders wanted to put the Senate on record as standing by U.S. intelligence agencies’ assessment that Russia intervened in the election that put Trump in the White House.

Republican Sen. Rand Paul says “Trump derangement syndrome has fully come to the Senate.” He’s accusing Sanders and Democrats of acting on “hatred of the president” to block Russian diplomacy.

Sanders was trying to advance his proposal by unanimous consent, but that means it takes only one senator’s objection can block it.

Sanders’ resolution comes in the wake of comments by Trump questioning the extent of Russian interference.

Senate Majority Leader Mitch McConnell has asked two committees to hold hearings on Russian sanctions in the wake of President Donald Trump’s questioning of the extent of Moscow’s interference in U.S. elections.

McConnell says the hearings are part of congressional efforts to respond to meddling by Russia or others in the upcoming November elections.

U.S. intelligence agencies have warned that Russians will strike back in 2018 after interfering in 2016.

On Wednesday, Trump appeared to question that, but the White House later said that he does believe that Russia may try it again.

Senate Democratic leader Chuck Schumer says Democrats will offer a nonbinding resolution that would put the Senate on record as opposing giving foreign governments the ability to question U.S. diplomats and other American officials.

Russian President Vladimir Putin (POO’-tihn) has suggested that he wants Russian interviews of Americans who are accused by the Kremlin of unspecified crimes. The White House says Trump is weighing the offer.

Schumer calls it “bewildering” that Trump would even consider such a request.

Sen. Bernie Sanders is introducing a resolution that calls on the Senate to protect U.S. elections systems and would require President Donald Trump to cooperate with the special counsel investigation into Russian interference with the 2016 election.

The nonbinding resolution also says the Senate stands by the assessment of the U.S. intelligence agencies on Russia and says the Senate won’t accept any interference with special counsel Robert Mueller’s probe.

Lawmakers are pushing several responses to Trump’s Helsinki summit with Russian President Vladimir Putin and the White House’s shifting commentary about it.

Sen. Lindsey Graham says Trump’s had a “bad week” when it comes to Russia in the wake of the Trump-Putin summit Monday in Helsinki.

Here’s what the South Carolina lawmaker says about Trump: “I think it’s imperative that he understand that he’s misjudging Putin. I don’t think he was prepared as well as he should have been.”

Trump has come under heavy criticism since the Putin meeting, where he declined to challenge Putin on Russian interference in U.S. elections.

Graham says Trump is right to criticize previous American administrations for their handling of Russia. But he says Trump “is not making the problem better. He’s making it worse.”

He adds that Trump “has the potential to make it better, and I hope he will.”

The Republican-controlled House is moving ahead with a spending bill that eliminates new money for election security grants to states.

Congress approved $380 million in the current budget for a grant program overseen by the federal Election Assistance Commission. Democrats want to continue the money through 2019, but Republicans say there’s still money available to states and new spending isn’t needed.

A Democratic amendment to extend the money has come up short — with 182 yes votes and 232 no votes.

President Donald Trump is claiming that the “Fake News Media wants so badly to see a major confrontation with Russia, even a confrontation that could lead to war.”

Here’s what Trump has tweeted: “They are pushing so recklessly hard and hate the fact that I’ll probably have a good relationship with Putin,” referring to Russian President Vladimir Putin. Trump adds that “We are doing MUCH better than any other country!”

It’s his latest tweet to push back against criticism following his meeting with Putin in Finland on Monday. Trump has given shifting statements on whether he believes Russia interfered in the 2016 presidential election — which is what U.S. intelligence agencies have concluded.

Trump has said the meeting with Putin will result in improved U.S.-Russia relations.

President Donald Trump is taking a tougher tone on Russia. He says in an interview with CBS that he told Vladimir Putin to stay out of America’s elections.

That’s a change from Trump’s initial upbeat description of his meeting with Russia’s president. The shifting stance came Wednesday as Trump spent more time managing the fallout from his widely criticized summit with Putin in Helsinki.

Trump backtracked on whether Russia is currently targeting U.S. elections. When asked the question Wednesday, he answered “no,” a reply that put him sharply at odds with recent public warnings from his own intelligence chief.

Hours later, the White House stepped in to say Trump’s answer wasn’t what it appeared.