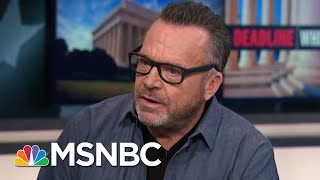 Tom Arnold sits down with MSNBC’s Nicolle Wallace to discuss his meeting with Michael Cohen. Arnold talks about his Vice series, “Hunt for the Trump Tapes,” which is focused on finding ‘incriminating’ Trump tapes with Cohen’s help. Arnold also speaks about his ex-wife Roseanne Barr saying she is “full on with the Nazis.”
» Subscribe to MSNBC: http://on.msnbc.com/SubscribeTomsnbc