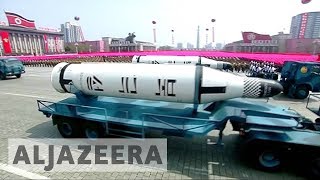 US President Donald Trump is considering stronger sanctions against North Korea. But despite the public war of words between Trump and North Korea, diplomats from both countries reportedly have been quietly talking for several months.
Al Jazeera’s Heidi Zhou-Castro reports from Washington, DC.