How The Peloponnesian War Brought Athens’ Golden Age To An End 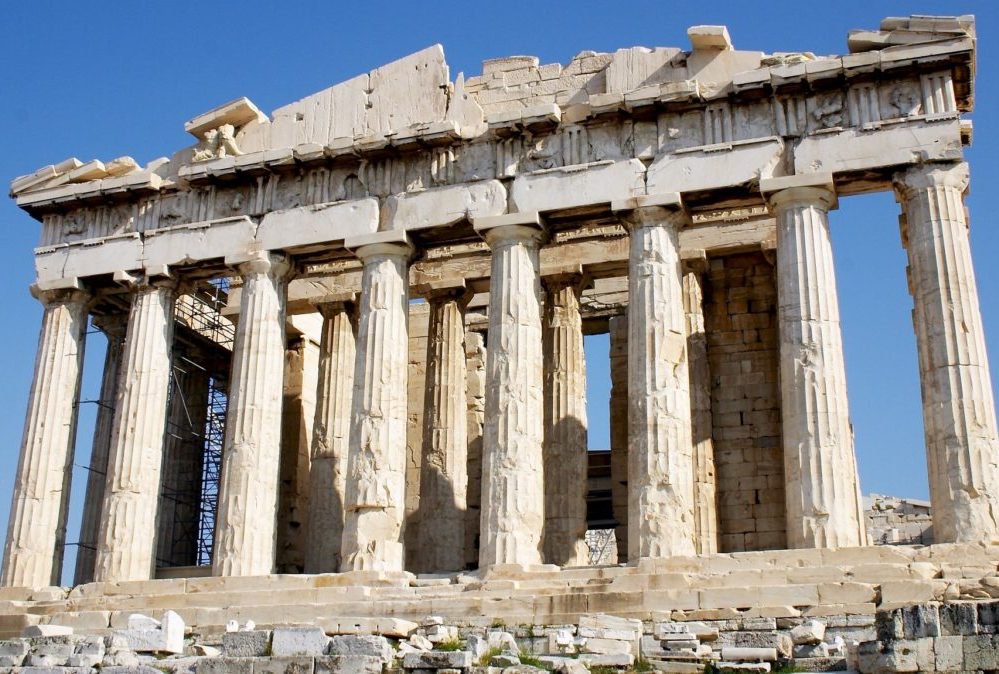 In the seventh lecture of Hillsdale College’s course on the histories of Athens and Sparta, which you can follow along with me here, Victor Davis Hanson, a history fellow at Hillsdale College, explains how the Peloponnesian War brought Athens’ golden age to an end.

To understand why the Greek city states fought amongst one another to the brink of imploding, one must turn to Thucydides’s account of the war to understand the causes and the context of the conflict. Thucydides, a Greek historian who lived through and chronicled the Peloponnesian War as an Athenian general, developed the idea of the 27-year-long period of intermittent conflicts and battles between the two city-states as being a singular war.

How The Peloponnesian War Began

After the defeat of the invading Persians, tensions between Athens and Sparta, which were allied during the Persian Wars, began to escalate. Both Sparta and Athens sought to shore up their superiority and might by gaining alliances with other, smaller cities within Greece. Megaris, a Greek city-state which was historically aligned with Athens, appealed to the Spartans after the Athenians prohibited them from trading with Athenian ships as punishment for refusing to listen to Athenian dictates. Several other Athenian-aligned cities broke from Athens during this time, weakening their position in Attica.

In 431 B.C. the Spartans assembled an army of 60,000 hoplites to pillage and plunder Athens. They surrounded the fields and destroyed some grain and orchards for 30 days — while the Athenians were fortified within the walls of the city. The Spartan soldiers eventually went home and the Athenians survived, thanks to their fortifications and the five-mile-long walls to a nearby port city of Pireaus.

Exhausted after numerous battles and raids on each city, Sparta and Athens brokered a peace treaty in 421 B.C., but this would only last for six years. All throughout this period of peace, there was a cold war between the two cities. Both cities tried to expand their influence and gain allies from nearby cities.

“Unless you defeat and humiliate the enemy and force him to accept your political premises and change his ideology and mentality and constitution, then all you’re doing when you stop fighting is giving a breathing space to go at it in the next round,” Hanson said.

Athens Over Extends Itself

During this time, the Athenians decided to invade Sicily — a costly mistake that would spur the Spartans to pounce on the Athenians while their military forces were over-extended and under-prepared for the planned invasion. Athenian general Alcibiades, who was a proponent of the Sicilian invasion, turned against his own people after they planned to sentence him to death for heresy. He revealed the plans for Athens’ grand strategy to the Spartans and helped them lead invasions against his own people to save himself from a death sentence.

When the Athenians finally realized that they could not successfully invade Sicily, the troops fled home, but during their return, many died from disease and lack of food and water. This failed invasion pushed the Sicilians into the waiting arms of the Spartas — who formed an alliance against Athens.

The Persians, seeing the Athenians in their weakened state, decide to help the Spartans by building them a fleet of ships. Sparta, which has historically been a land power and without an abundance maritime war vessels, is emboldened militarily like it had never been before. But its efforts to build a navy from scratch, with imported vessels crewed by rowers who were not native Spartans, was not as effective as a nationalized, longstanding navy like the one Athens had. The Spartans were overconfident in their newfound naval forces, which were not up to par with the Athenians.

While he’s in exile, he tries to warn the Athenians that their fleet is vulnerable to Spartan attack, but they pay him no mind and the Spartans catch and destroy the entire Athenian fleet. With the destruction of the fleet, the city crumbles. Athens’ democratic government implodes, and Sparta destroys their city’s fortifications and the long walls which once protected the road from Athens to Pireaus. At this point, the long conflict comes to a close and with the end of the Peloponnesian War comes the end of Athens’ golden age — but not the end of Athens altogether.

All throughout the Peloponnesian War, the political instabilities within Athens caused the Athenians to make bad decisions which would ultimately cost the city its position as the greatest in Greece. The Athenian assembly’s decision to execute Alcibiades, then bring him back, then exile him, is one example of how their fickleness led to their own demise. Though Athens suffered great loss throughout its drawn out conflict with Sparta, the city would rise once again from total defeat and make a comeback.