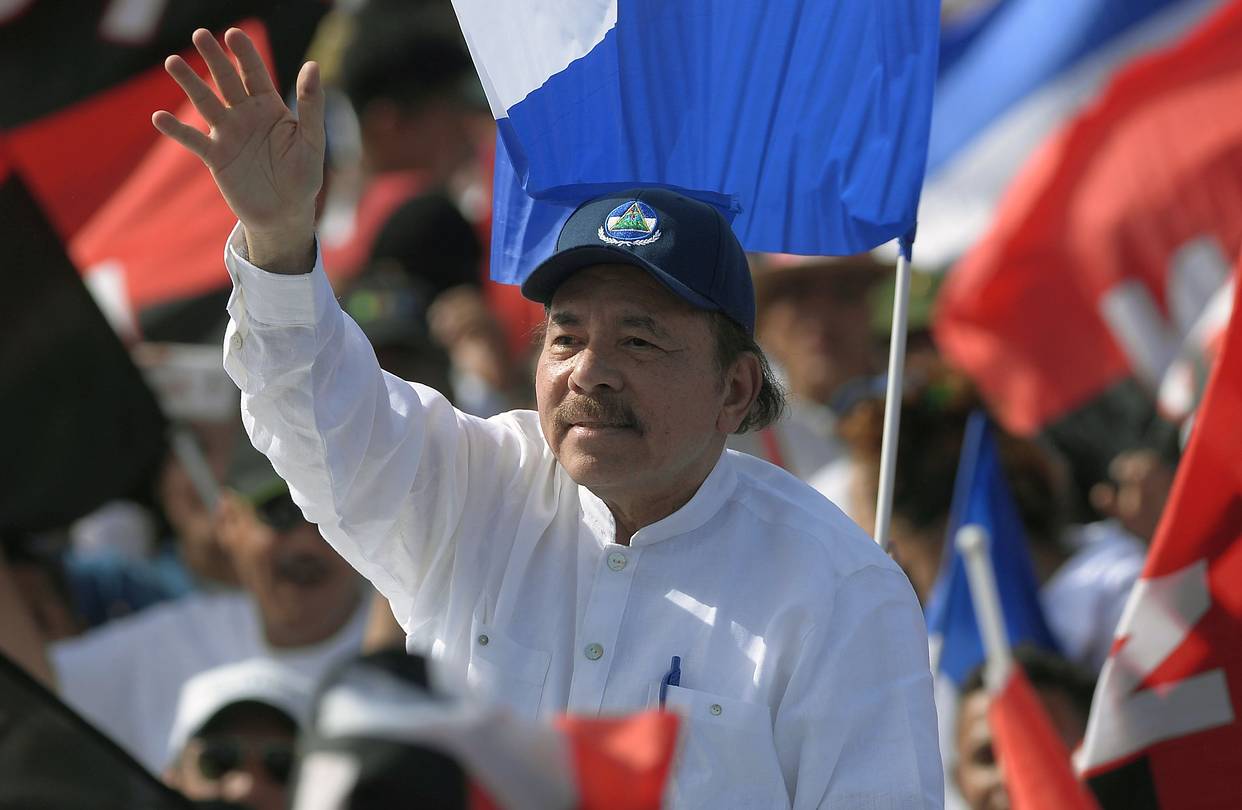 But it is only a snapshot in a three-month campaign by the aging revolutionary to eliminate his democratic opposition.

Since April the national police and Mr. Ortega’s paramilitary have killed some 350 civilians. On Tuesday they led a crackdown on the opposition city of Masaya. Locals reported five dead as government forces raided houses looking for antigovernment leaders. Silvio José Báez, the auxiliary bishop of Managua, called for Mr. Ortega to “stop the massacre.”

Mr. Ortega and his wife are wildly unpopular, but he says he won’t leave power because he was democratically elected. He doesn’t mention that this is his third term because he abolished term limits and fair elections. Nicaraguans see him as a left-wing version of

whom the Sandinistas overthrew in 1979.

The democratic opposition is calling for his resignation and a new election, but it is outgunned and needs help from the international community. Yet the best the U.N. has offered are pro-forma statements like the one from Secretary General

on Monday calling on the government to “provide effective protection to its population against attacks, ensure respect for human rights and establish accountability for the violence.”

There’s more the world can do if it’s willing to apply a financial squeeze. Nicaragua is the second poorest country in the Western Hemisphere and no longer can rely on Venezuela for cheap oil. Mr. Ortega gets tactical help from Cuba and Russia but needs hard currency to feed his enforcers.

Earlier this month the U.S. Treasury imposed sanctions, under the Global Magnitsky Act, on Mr. Ortega’s de facto police commissioner, a Managua city official and an official of the state-owned oil company. The Nicaraguan Investment Conditionality Act (NICA), which would require the U.S. to oppose loans to the country from multilateral financial institutions until democracy is restored, has passed the House but is languishing in the Senate.

One source of financing is the Central American Bank for Economic Integration. Mr. Ortega tapped $50 million of a $200 million line of credit in June. The U.S. is not a member of Central American Bank but many members are allies like Guatemala, Honduras, Panama, Mexico and Argentina. They can cut off the police state.

The Nicaraguan central bank is running low on international reserves and periodically looks to the International Monetary Fund for help. The IMF can tie that assistance to the restoration of the rule of law. The same goes for loans from the Inter-American Development Bank and World Bank. The Nicaraguan army, which hasn’t moved against the population but has allowed repression by irregular forces, has hundreds of millions of dollars in pension assets in the U.S. that could be frozen.

Some in the Nicaraguan business community will oppose financial sanctions. But their partnership with Mr. Ortega during the years he was consolidating power is one reason Nicaragua is in this mess. Freedom, as the students now know, is not free.