Poll: Americans Don’t Give A Hoot About So-Called Russian Collusion

An overwhelming majority of Americans don’t think the ongoing probe into whether Donald Trump’s campaign colluded with Russian officials to steal the presidency from Hillary Clinton is that important, according to a new Gallup poll.

The ongoing probe to investigate to what extent Russia was involved in Trump’s electoral victory in 2016 was nowhere on the list of the top eight issues most Americans (70 percent) say are the most important ones the United States is facing. 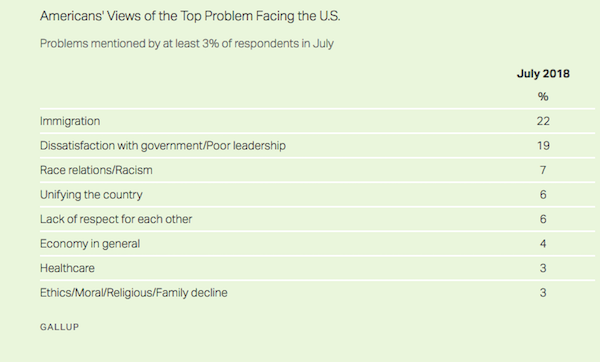 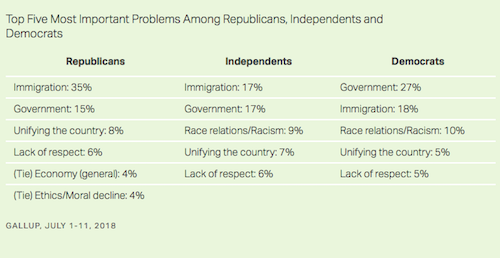 A more advanced breakdown of the issues is available here, but this list does not yet include numbers from the survey results from this July. Between February and April 2018, a mere 1 percent of Americans thought the situation with Russia was the most important. In May and June, less than 1 percent of Americans thought the ongoing situation with Russia was the top issue.