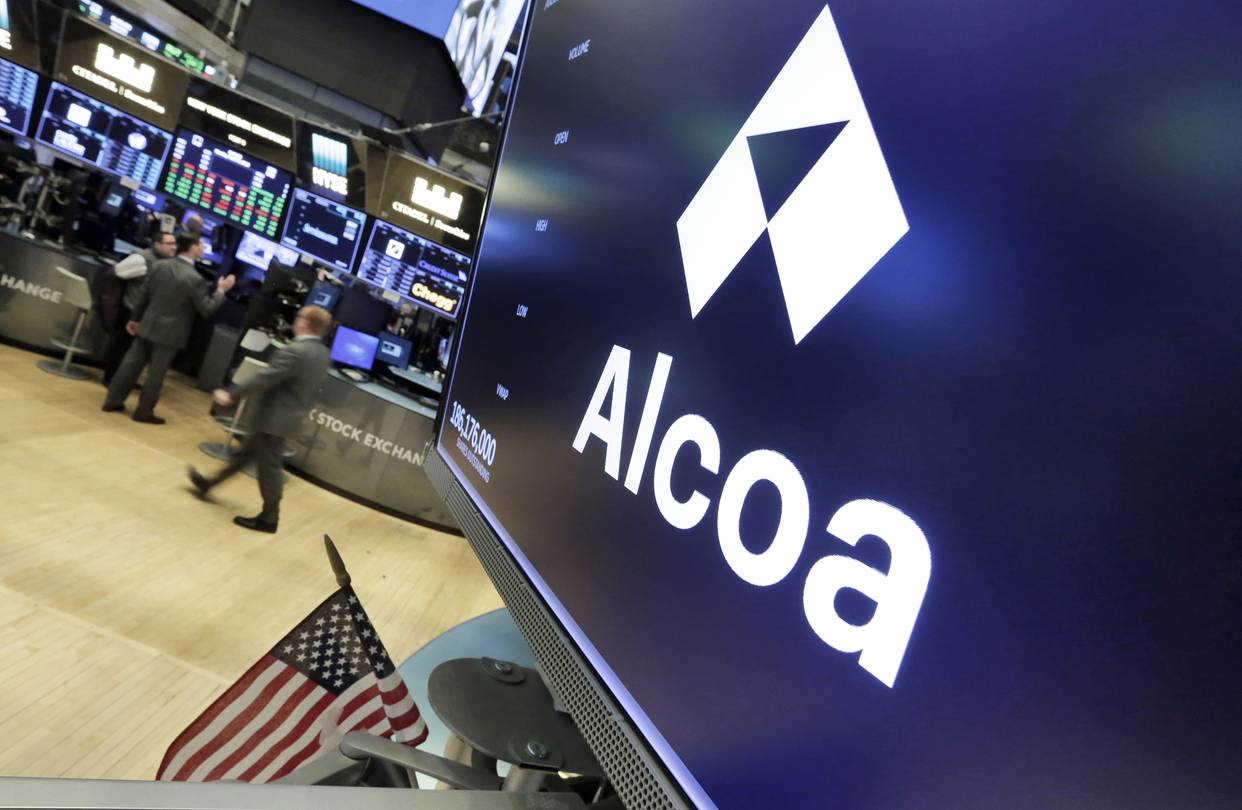 President Trump is escalating his trade rhetoric, threatening China and Europe with more tariffs on more goods if they don’t agree to his terms. Mr. Trump says winning these trade wars is “easy,” so let’s take a look at the early returns on his steel and aluminum tariffs and the retaliation they’ve inspired.

in March slapped a 10% tariff on aluminum and 25% on steel in the name of helping American metal manufacturers. But one problem is that downstream businesses can’t easily reconfigure global supply chains, and higher input costs are making them less competitive globally.

the top U.S. aluminum manufacturer whose shares plunged 13% Thursday and another 3% Friday after the company reported that tariffs are crimping earnings. The tariffs could wipe out $100 million of income this year, equal to about 18% of profits last year. “Tariffs will not solve the challenges facing the aluminum industry,” Alcoa CEO

said on an earnings call.

Alcoa makes about 28% of its aluminum in Canada because of lower energy costs, and nearly half of U.S. aluminum imports come from Canada. While Alcoa is restarting part of an idle smelter in Warrick, Indiana, the company isn’t planning to bring others back online because U.S. smelters are among the oldest and least efficient in the world. Retrofitting plants is expensive, which is why six have shut down since 2012. Many manufacturers are expanding operations abroad where energy is cheaper.

the second biggest U.S. aluminum manufacturer, boasts that its Iceland smelter is “our largest, most-modern and lowest-cost facility,” producing about 17% more than rated capacity. Two of its three U.S. smelters last year were running at half capacity. Century’s stock also tumbled this week as investors bet that tariffs might whack its earnings.

Meantime, many businesses are delaying investments in the U.S. because of the uncertainty caused by the tariffs. Borusan Mannesmann, which produces pipelines for the oil and gas industry, was recently notified that Commerce had denied its application for a steel-tariff exemption. This has frozen its plans to invest $75 million in expanding production in Baytown, Texas.

Commerce also rejected an exemption for Plains All American, which is building a pipeline from the Permian basin to the Gulf Coast that will relieve a supply bottleneck. Inadequate pipeline capacity in the region has curtailed oil production and exports, which will frustrate Mr. Trump’s efforts to keep a lid on gas prices while applying sanctions pressure on Iran.

Plains All American said it wanted to import steel from Greece because no manufacturer in the U.S. produces the specific type it needs. The company had put the purchase order in last year, and asking a domestic manufacturer to produce the specialized steel now would delay the pipeline’s completion. But its costs will be higher.

told CNBC on Thursday that the damage from the trade war so far is no big deal. “We got two economies that add up to around $30 trillion in annual GDP. The amount of trade we’re affecting with the tariffs is a rounding error compared to that,” he said. That drew a sharp rebuke Friday from the American Farm Bureau Federation that has watched retaliatory tariffs hit U.S. agriculture especially hard.

“Prices for all of our export-sensitive farm goods have tanked since May, when this tariff game started. Farm income was already off by half compared to four years ago, with debt levels rising—hardly a strong position for agriculture going into this trade war,” said the Farm Bureau. “This situation will only worsen as combines roll between now and the fall election season. The nation’s farmers and ranchers support the broader goal of strengthening our overall economy and trade balance, but not at the risk of long-term, irreparable harm to our ag exports and the jobs they create.”

All of this and more are examples of the real and growing damage that Mr. Trump’s arbitrary and punitive trade policy is doing to U.S. companies and workers. Businesses have been relatively quiet so far because they are happy with the tax reform and deregulation. But if Mr. Trump escalates his protectionism, the pain will increase and so will the political backlash before November.