Chopping With Care: Towards an Ecological Conservatism 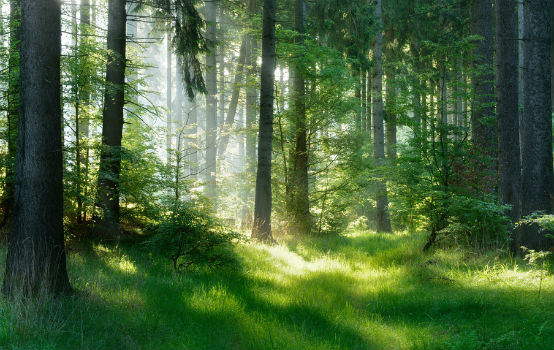 Right at the outset of his 1949 masterwork A Sand County Almanac, the conservationist and nature writer Aldo Leopold lays his cards on the table:

There are some who can live without wild things, and some who cannot…. For us of the minority, the opportunity to see geese is more important than television, and the chance to find a pasque-flower is a right as inalienable as free speech…. We of  the minority see a law of diminishing returns in progress; our opponents do not.

When I am asked to explain what sort of conservative I am—a question often posed quizzically, given that I am a vocal environmentalist, vociferous critic of corporations, and owner of a humanities doctorate—I usually offer this quote. It is wearying to perpetually explain that “conservative” is not, in fact, synonymous with “Republican” (and these days may even be antonymous). But the point is always worth making, if only to convince one person out of a dozen that there is such a thing as a life conservatively lived.

Much ink has been spilled in discussions of what we might call the theory of conservatism: its intellectual legacies, epistemological boundaries, and ideological categories. No doubt this has some value—most of us like to know the basic frameworks of our beliefs, after all—but I submit that the value is comparatively low, in the same way that philosophy of mind is of limited value when one is struck by Cupid’s well-placed arrow. When thoughts of one person dominate your every waking moment, fMRI scans of brain activity suddenly seem like laughably small potatoes.

So too with conservatism. If Russell Kirk was correct that true conservatism is not an ideology but a way of life, then what should fundamentally concern us is what lived conservatism looks like. What does it mean to live conservatively? How does a conservative treat others and the world around him? What are the hallmarks of the conservative life? For an answer, I believe one can find few examples better than the work of Leopold. It is from Leopold that we learn that the two characteristics of the conservative life are, first, attention to what is around you, and second, awareness of consequences.

Leopold was a pioneer in conservation ecology and game management, and A Sand County Almanac is a series of dispatches from his family’s small country retreat in the Wisconsin marshland. Much of the work is simply a chronicle of Leopold watching, as he pays attention to the land and wildlife in his particular place (“A March morning is only as drab as he who walks in it without a glance skyward, ear cocked for geese”), and parts of it are quasi-Delphic aphorisms about nature and culture (“Hemisphere solidarity is new among statesmen, but not among the feathered navies of the sky”). The guiding theme throughout the work is that one cannot truly see and appreciate something without close attention to it: not just looking but truly seeing. With this stance, Leopold, following forebears like Thoreau, created a template for ecological heirs like Wendell Berry, Gary Snyder, and Paul Kingsnorth (who is our most forceful contemporary ecological voice).

Leopold’s attention is not the CEO-friendly, quasi-Eastern “mindfulness” repackaged shamelessly by the forces of capital and sold to a million exploited workers. It is, rather, a way of living in which you learn signs and signals through repetition and immersion in a place: “The dog knows what is grouseward better than you do. You will do well to follow him closely, reading from the cock of his ears the story the breeze is telling.” And: “I sit in happy meditation on my rock, pondering, while my line dries again, upon the ways of trout and men.” And: “The disappointment I feel on these mornings of silence perhaps shows that things hoped for have a higher value than things assured. The hope of hearing quail is worth half a dozen risings-in-the-dark.”

This kind of attention is, I believe, the hallmark of the life conservatively lived—for one cannot know which good things to conserve without paying attention to them. When you pay attention to things, you see that webs of nature and culture alike are fragile things indeed. The conservative is always and everywhere the skeptic of progress, whose constant invocation and nebulous definition make it the most banal and confounding of secular gods. Progress is the realm of the disrupters and the revolutionaries and the burn-it-all-down mobs, all of which are anathema to the conservative life. The conservative who pays attention is not opposed to change on the merits, but plays the role of Orwell’s Benjamin or Virgil’s Laocoön: he warns of tampering with established goods and bewares of disrupters bearing what he is told are gifts. As Leopold wrote, “How like fish we are: ready, nay eager, to seize upon whatever new thing some wind of circumstance shakes down upon the river of time! And how we rue our haste, finding the gilded morsel to contain a hook.”

Skepticism—not necessarily opposition, but healthy and hesitant skepticism—should be applied equally to claims of progress. Leopoldian conservatives should be as skeptical of sweeping social change as they are of sweeping economic change. Gender-neutral bathrooms and river damming and strip mall developments should raise their eyebrows to the same height. They need not finally end up in opposition, but the conservative should initially, at the very least, say: hang on. Let’s make sure we’re not destroying something worthwhile before we move forward with this. Let’s make sure we’ve paid close attention so that we truly know what it is we’re changing.

The second hallmark of Leopoldian conservatism is an awareness of consequences. An ecological view of nature and culture reveals that no one operates in a vacuum. Every action has a consequence. If you spray a weed killer on a crop long enough, toxins will eventually end up in groundwater. If you insist there are no biological distinctions between men and women, you chip away at fragile social norms that undergird entire cultural frameworks. The conservative may not necessarily land in opposition to either of these things, but before accepting them he will have at least devoted a healthy amount of thought to their consequences.

Of cranes and the disappearing marshlands and meadows that housed them, Leopold wrote: “The cranes were hard put, their numbers shrinking with the remnants of unburned meadow. For them, the song of the power shovel came near being an elegy. The high priests of progress knew nothing of cranes, and cared less. What is a species more or less among engineers? What good is an undrained marsh anyhow?”

I have heard some variation of that final question a thousand times over the last 10 years, posed by social liberals and economic liberals alike. What good is a two-parent family anyhow? What good is an empty field? What good is a church? What good is a sewing circle? A scout troop? A salamander? A social norm? The power of all these things is often intangible; it is missing from the dry ledgers of our utilitarian bookkeeping. No, I can’t put a price on the dead cottonwood next to the Kansas River that my neighbor recently felled, nor can I affix a value to the woodpecker nest it housed. But something is lost in its absence. “It is an object lesson,” Leopold writes. “One need not doubt the unseen.”

This is not live-and-let-live conservatism as much as it is love-and-let-love. At the risk of veering Chopra-ingly close to New Age platitudes, the Leopoldian conservative should always be focused on love: love for what is around him, love for the people he encounters, and love for the institutions that are difficult to build but easy to destroy. Why should liberalism claim a monopoly on love? The conservative should support the actions that demonstrate love, respect, and care for our natural and cultural worlds. Paying close attention and being aware of consequences are acts of love. Seeing that the thing flying by you is not just a bird but a chickadee—“so small a bundle of large enthusiasms,” writes Leopold—is an act of love. So is seeing the love created within a family, a neighborhood, a community.

Conservatives should be conservationists of what is good and valuable in culture. The best definition of a conservationist, writes Leopold, is “written not with a pen, but with an axe. It is a matter of what a man thinks about while chopping, or while deciding what to chop. A conservationist is one who is humbly aware that with each stroke he is writing his signature on the face of the land.”

Some chopping is done to construct new things. This is to the good. Expanding our circles of sympathy, broadening our definition of who may share in love, requires good chopping. But too much chopping these days is done purely to destroy. It is the clearcutting of culture no less than the clearcutting of forests, and landscape and social life alike are left scarred. The Leopoldian conservative has at the forefront of his consciousness the fragility of systems and structures. Intrinsically good things—not just trout streams but also the families and communities around them—are easily destroyed.

How, then, does one live conservatively? How do we decide what to chop? Live simply. Live humbly. Where love and beauty flourish, let them flourish. Be skeptical about changes to long-treasured institutions. Notice things. Look down at the ground to see grass and up at the sky to see birds. Be kind to others and focus on what is closest to you. Pay attention to the results of your actions. Brighten the corner where you find yourself.

Where you direct your axe is up to you. Above all else, chop with care.

R.M. Stangler works in the administration at Donnelly College in Kansas City. He earned a Ph.D. in rhetoric at the University of Kansas, where he wrote his dissertation on Richard Weaver and the Southern Agrarian writers. He has taught at the University of Kansas, Donnelly College, and Berry College, and has written for The Imaginative Conservative, The New Atlantis, Front Porch Republic, Crisis, The St. Austin Review, the Abbeville Institute, and Voegelin View. He lives in Kansas.