Netflix’s ‘Anne With an E’ is a PC Fail 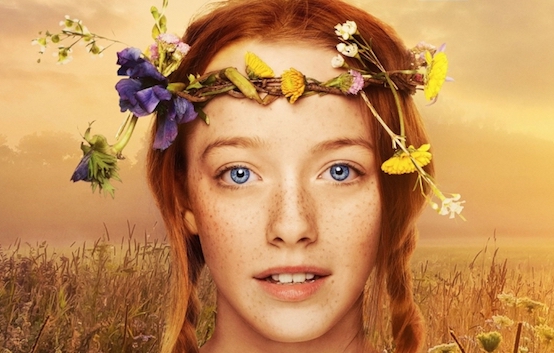 We love Anne of Green Gables. She keeps the child alive in us, reminds us what it means to be a dreamer, full of aspirations and hopes. She brings humor and color to the grayest of spaces, transforming the everyday and the bleak. She comforts the outcast, the bullied, the lonely, whispering to us that we’re not alone.

Since its publication 110 years ago, Lucy Maud Montgomery’s Anne of Green Gables has captivated readers across a multitude of ages, ethnicities, cultures, religions, and contexts. Now, Netflix’s “Anne With an E”—which just released a second season this month—is striving to adapt the classic for a modern set of viewers.

The series’ first season offered a gritty and gray portrayal of Anne’s story—not surprising, as this new series is written and co-produced by “Breaking Bad’s” Moira Walley-Beckett. Because we know from Montgomery’s book that Anne is an orphan with a scarred past, Walley-Beckett’s attempts to delve into her past didn’t necessarily seem unfaithful to the book. But as the second season unfolds, Lucy Maud Montgomery’s Anne disappears beneath the heavy filters of 21st-century moralism that Walley-Beckett imposes on the story. She throws out the book’s entire plot line (with a few exceptions, like Anne’s hair-dyeing episode) in order to bring us a more enlightened and diverse Avonlea—one that confronts racism, sexism, homophobia, bullying, as well as the perils of domesticity and traditional social roles.

The show’s first season dabbled a bit in identity politics and the more fashionable tropes of feminism (such as condemning traditional marriages, like the Barrys’, and domestic work like Marilla’s). But in this season, Walley-Beckett more starkly divides her characters into heroes and villains: the only good characters are those who condemn form and custom, who seek to liberate themselves and those around them from the unenlightened traditions of the past. Anne is a model of tolerance and progressivism who slowly transforms Marilla and Diana in her image. The series dispenses with historical accuracy in order to make its lessons more pronounced: it’s unlikely, for instance, that Miss Stacey would stride into Avonlea wearing trousers and driving a motorbike. Marilla probably would not have accused her dear friend Rachel Lynde of being “close-minded.” But in Walley-Beckett’s story, adherence to realism matters less than the opportunity for moralizing. “Anne With an E” has thus become a primer on Millennial wokeness for its viewers.

“Moira Walley-Beckett…didn’t trust Lucy Maud Montgomery’s work, which has stood the test of time for over a century, to hold itself up,” reviewer Heather Hogan wrote of the show’s first season. “The costuming is real, the set decoration is authentic, most of the dialogue is rooted in the time period. But every scene is winking at us from the present, reminding us constantly that this is 1900 filtered through the lens of 2017, inviting our judgment and derision aimed at characters who haven’t had the benefit of a century’s worth of progress and education and Tumblr’s social justice lessons at their fingertips.”

Walley-Beckett doesn’t seem to think viewers will remain interested if she offers them the simple pleasures of Montgomery’s original work. That means, in this version of Anne’s story, small-town adventures and scrapes—such as Anne’s “Lady of Shalott” incident, one of my favorite scenes from both book and movie—disappear almost entirely. Instead, we get a frenzy of gold hunting, a few fist fights, some cross dressing, and a “queer soirée.” Gilbert Blythe delivers a breach baby in Trinidad, Prissy Andrews becomes a runaway bride, and Anne discovers one of her classmates is gay. Realism we may not get, but in “Anne With an E,” there’s plenty of drama to go around.

After perusing Twitter and reviews of the second season, it appears that many enjoyed this new and improved Anne. One Indie Wire reviewer opened her piece by declaring that, “canon be damned,” the series’ diversions made it delightful and bold.

But “Anne With an E” should prompt audiences and Anne fans to consider what makes a film adaptation good. Should it remain doggedly loyal to its source material? Should it impose a modern vision on the original, seek out a new storyline in the name of realism, or tease out the story’s underlying pathos?

I’d argue film adaptations can follow a variety of paths, and do many different things well. The BBC’s 2008 adaptation of Dickens’ “Little Dorrit” followed the book’s plot almost perfectly, but gave some (needed) spunk and life to the author’s heroine through the phenomenal acting of Claire Foy. Patricia Rozema’s 1990s film rendition of “Mansfield Park” confronted the historical realities of slavery in a manner that still felt thoughtful and period-appropriate (Rozema actually inserted words from Austen’s own letters and diaries into protagonist Fanny Price’s dialogue). Thomas Vinterberg’s “Far From the Madding Crowd,” released in 2015, adhered to the bones of Thomas Hardy’s book while still offering some additional cinematic twists and romantic pathos.

Still, I think it’s important that adapters love and respect their source material, and offer at least some deference to the author’s vision. Sadly, Walley-Beckett seems to think she knows better than Lucy Maud Montgomery—and Montgomery’s fans—what makes Anne great. In so doing, she ignores the simple delights of the book in order to offer us a smorgasbord of modern cultural commentary.

Anne’s inner life—her vibrant moral imagination—is one of the most important components of Montgomery’s Green Gables and subsequent Anne books. Anne thinks sacramentally: she brings dignity and beauty to the world around her. She does not need grand adventures or drama to bring meaning or empowerment to her life. Indeed, that’s the beauty of Montgomery’s story: she suggests to us that the little way of a young farm girl can radiate beauty and improve the lives of those surrounding her.

“After all,” Anne says to Marilla in Anne of Avonlea, “I believe the nicest and sweetest days are not those on which anything very splendid or wonderful or exciting happens but just those that bring simple little pleasures, following one another softly, like pearls slipping off a string.”

There is one scene in “Anne With an E” that captures this part of Anne, and it is rather stunning. In the opening scene of the season’s very first episode, Anne loses herself in the wonder of the created world surrounding her. She marvels at its colors, music, and patterns, dancing around with the manic energy and joy of the Anne we so love and cherish, the Anne who names trees and ponds, who sticks flowers in her hat on the way to church. It’s an absolutely beautiful scene, and shows us what a new adaptation of the book could have offered to viewers. Perhaps, if Walley-Beckett loved the original Anne more, this is the film adaptation we would have had. Perhaps, someday, someone else will try.