Shocker: Nation not as irate as Washington about Helsinki 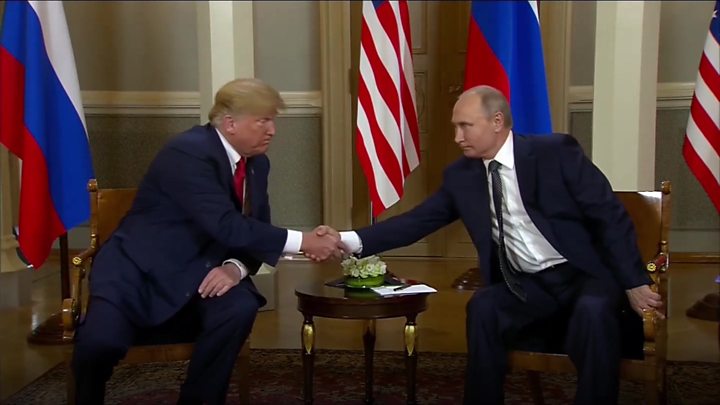 In a report that should come as news to no one, the Washington Post informs us:

[P]ublic reaction nationally [to the Helsinki summit] appears more muted than in Washington, where Trump faced withering bipartisan criticism for appearing to side with Putin over U.S. intelligence agencies at a July 16 news conference in Helsinki.

For the record, Trump did not appear to side with Putin over U.S. intelligence agencies. He was agnostic as between the two (which is bad enough, especially given that Trump’s own appointees and Republican members of congressional intelligence committees concur with the assessment that Russia interfered in the 2016 election).

In any case, it’s normal and healthy that the nation as a whole is “more muted” than Washington in its reaction to Helsinki. As usual, the electorate takes a more mature approach. The survey that forms the basis for the Post’s story shows that Americans disapprove of Trump’s statements in Helsinki but do not believe the sky is falling.

This reminds me of the Reagan era. Washington dubbed President Reagan “the teflon president” (nothing sticks to him) because the nation wasn’t scandalized by the things Democrats and the media thought, or pretended to think, were scandalous.

In Trump’s case, the Washington Post/ABC News poll finds that 33 percent of Americans approve of Trump’s handling of his meeting of Putin, while 50 percent disapprove. 17 percent have no opinion. That’s not an unreasonable position if one focuses on the meeting itself, rather than the “afters.” No one knows what happened in the meeting, which is normal when two world leaders meet one-on-one.

Trump’s numbers were worse on the discrete question of Trump’s agnosticism regarding intelligence reports that Russia interfered in the election. Here, 56 percent of Americans disapproved. Only about half as many approved.

The Post undoubtedly would like to have seen an even stronger negative reaction. But the main source of its obvious dismay is probably the fact that Helsinki does not seem to have produced an increase in overall disapproval of Trump.

A survey by NBC/WSJ detected no such spike. According to this poll, Trump’s overall job-approval rating stands at 45 percent among registered voters — up an insignificant 1 point from June — while 52 percent of voters disapprove of his performance.

Just 26 percent approve of the president’s handling of the relationship between the United States and Russia, while 51 percent disapprove. So again we see that twice as many disapprove as approve.

In sum, one press conference — a press conference that announced no decision or policy, just an opinion on a question of fact (albeit an important one) — has not overturned the view Americans have formed of President Trump during the year and a half he has been president.

Like I said, this demonstrates the maturity of the electorate.