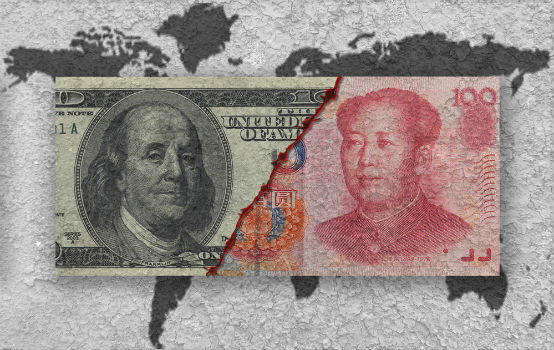 China’s intellectual property (IP) theft costs the U.S. economy between $225 billion to $600 billion annually, according to the Commission on the Theft of American Intellectual Property. Trump cited that estimate when issuing a $34 billion tariff on Chinese goods that went into effect earlier this month.

The CEO of AMSC, Daniel McGahn, has publicly praised Trump’s aggressive tactics. In a way, he’s right. It is refreshing to finally have an American president who will take strong action on this issue. However, Trump’s course of action, i.e. a trade war with China, will be counterproductive.

China’s growth into the world’s leader in manufacturing has been largely dependent upon stealing the trade secrets of foreign companies. The details of the Sinovel case demonstrate the severe damage associated with this crime. Sinovel had a $700 million contract with AMSC for the use of its software. However, Sinovel stopped paying for the software in 2011 when it owed AMSC over $100 million.

At that point, Sinovel no longer needed the software because two of its employees had bribed an AMSC tech who had stolen the company’s source code. He was offered close to $2 million, along with a variety of other enticements.

The theft devastated AMSC’s stock price and reduced its market value by roughly $1.4 billion. It also forced the company to slash its workforce by 70 percent (roughly 700 employees) and relocate its headquarters to a much smaller venue.

This kind of case is all too familiar for a number of U.S. companies. In an interview with NBC News, FBI Director Chris Wray said, “When we open investigations into economic espionage, time and time again, they keep leading back to China.”

Last week, an ex-Apple employee, Xiaolang Zhang, was arrested at the airport by the FBI before attempting to board a flight to China. Zhang had worked as an engineer on a project developing self-driving cars. He’s accused of stealing this information with plans and using it at a Chinese startup, X Motors.

Likewise, a federal jury ruled last year that the Chinese telecom Huawei had to pay $4.8 million in damages to T-Mobile. A Huawei engineer stole secret technology related to T-Mobile’s smartphone-testing robot while visiting the company’s headquarters.

The most troubling aspect of this issue is the fact that the Chinese government has no incentive to crack down on this type of crime. There’s a pattern with many of these cases. Intellectual property theft, at a minimum, benefits the overall Chinese economy, and, in many cases, directly aids the Chinese government.

A few years ago, a pair of U.S. engineers were convicted for selling DuPont’s secret chemical formula for making Oreo cookies to a state-owned Chinese company, Pangang Group. There have also been multiple IP theft cases involving a commodity that a government with a massive population like China would certainly have on its wish list: genetically modified food.

Two years ago, the U.S.-based director of a Chinese tech company was convicted for literally stealing Monsanto’s genetically modified corn seeds from an Iowa farmer. The FBI suspected that he was working on behalf of the Chinese government, and Beijing didn’t much cooperate with the investigation. Likewise, a Chinese scientist was convicted this year for stealing genetically modified rice from Ventria Bioscience, a U.S. biopharmaceutical company.

There are plenty more examples of Chinese economic espionage that have affected a wide range of industries. However, the Chinese government has placed particular emphasis on targeting the defense industry. Case in point, the Chinese stealth bomber J-20 is believed to have been partially designed with stolen trade secrets.

Over the years, multiple Chinese nationals have been caught committing these types of crimes. Among them were cyber criminals connected to the Chinese government who hacked a U.S. Navy contractor last month and stole a wealth of highly sensitive documents.

Not all of China’s IP theft involves economic espionage. Eighty-seven percent of seized counterfeit goods imported into the U.S. were manufactured in China and Hong Kong. In general, this massive market comes as a result of manufacturers reverse-engineering foreign companies’ trademarked, patented, and copyrighted materials.

In most instances, the damages from this black market are purely economic, but that economic damage is significant. One notable exception, however, is China’s counterfeit pharmaceutical racket, which has caused an absolute crisis in many impoverished nations, particularly in Africa. Roughly 10 percent of all African pharmaceutical drugs are counterfeit, which causes tens of thousands of deaths every year, according to the World Health Organization (WHO).

With that said, it’s important to note that much of China’s IP theft isn’t entirely illegal. The Chinese government forces foreign companies to partner with Chinese companies in several key industries. Hence, many U.S. businesses have begrudgingly handed over their IP in order to gain access to the Chinese market.

Therein lies an opportunity for Trump to negotiate better terms for U.S. businesses that are interested in expanding into China. It would be wonderful if he had a bloc of like-minded heads of state who were equally fed up with China’s shenanigans. However, Trump has alienated most of America’s foreign allies. Furthermore, he’s neck deep in developing trade wars with Canada, Mexico, Japan, and the European Union.

Again, Trump is fighting for an absolutely worthy cause, but his methods are deeply flawed. Trade tariffs won’t recover any of the property that’s been stolen. Furthermore, China will simply respond in kind with tariffs of its own and by manipulating its currency.

Trump spoke to the scale of this crime by citing the estimates of the Commission on the Theft of American Intellectual Property. However, he hasn’t heeded the advice of these experts on how to properly address the issue.

The IP Commission has a lengthy list of recommendations and, notably, trade tariffs aren’t mentioned. What they do stress are the need for more vetting and ongoing evaluation of foreign companies that acquire American businesses.

All in all, Washington’s approach to IP theft has no teeth. There are tools at its disposal that aren’t widely used, including sanctions for the companies and individuals responsible for this crime. Furthermore, the Chinese government has essentially harbored these criminals, but there’s never been enough international pressure for extradition.

Let’s take a look at one of the most egregious examples of IP theft. In 2014, the DOJ indicted five Chinese hackers who were members of the People’s Liberation Army. This group stole trade secrets from some of America’s leaders of industry, including Westinghouse Electric (nuclear energy), Alcoa (aluminum), U.S. Steel, and Solar World.

They even hacked the emails of senior members of the United Steelworkers union to monitor their efforts to raise awareness about China’s IP theft. Nonetheless, these five hackers are still on the FBI’s Most Wanted List and will likely never set foot inside a U.S. courtroom.

Another layer to the IP theft issue is the U.S. government’s soft touch on white collar crime. These crimes are highly complex and require a large number of staff members for proper investigations. Yet the Fraud Section of the DOJ has been downsized by the Trump administration.

Also, the penalties for white collar crime generally don’t provide much of a deterrent effect. Mo Hailong, who stole genetically modified Monsanto corn seeds, was sentenced to only three years in prison even though his crime cost millions of dollars in damages. The five other individuals indicted in that case remain free in China.

Even the financial penalties in these cases are usually too slight. In the most recent one involving the Chinese wind turbine company Sinovel, a federal judged added a $57.5 million restitution agreement that must be paid to AMSC. Sinovel was also placed on a one-year probation. Those are very small penalties considering the damage done to AMSC, kind of like telling a bully that you’ll only give him 90 percent of your lunch money.

Hence why so many Americans are relieved to see President Trump taking a stand on this issue. However, his approach needs to be revamped. He needs to take the recommendations of experts by punishing the companies and individuals who are guilty of this crime. Instead, it appears he will punish the U.S. economy with his deepening trade war with China.

Brian Saady is a freelance writer and author of four books, including his series, Rackets, which chronicles the legalization of drugs and gambling, and the decriminalization of prostitution. You can check out his podcast and follow him on Facebook and Twitter.