We Always Knew Trump Was a Dangerous Scoundrel 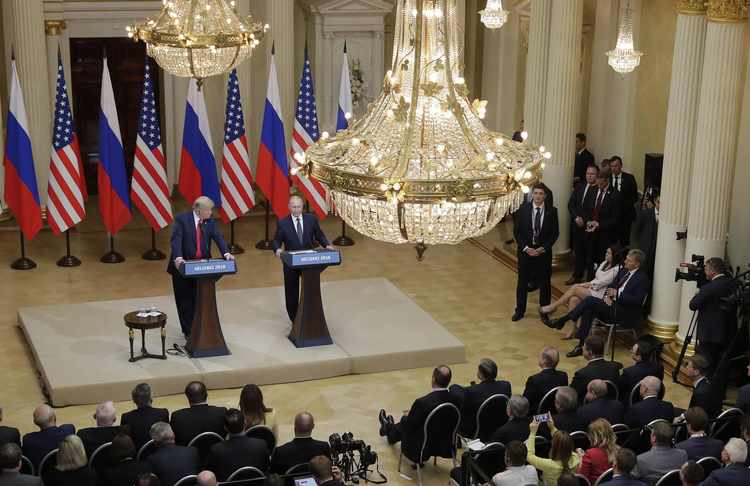 WASHINGTON — The most frustrating aspect of the backlash against President Trump’s servility to Russian President Vladimir Putin is that nothing that happened last week in Helsinki should have surprised us.

What’s changed is that so many who insisted in 2016 that Trump was not as bad as he looked, that he was a pragmatist at heart, and that we should take him “seriously but not literally” have been forced to face the truth.

The truth is that Trump really does have what you might call a special relationship with Putin and Russia, for reasons still not fully known. He views foreign policy not as a way of protecting the nation but as an extension of his own narrow, personal interests.

He has no respect for our basic liberties, which is why he entertained turning over our country’s former ambassador to Russia, Michael McFaul, and other Putin critics to the Russian dictator’s mercies until widespread revulsion required Trump to back off.

The focus and discipline necessary to run a government are so alien to him that most of his top lieutenants were left in the dark about what Vlad and Don were cooking up.

Thus was Dan Coats, the director of national intelligence, sandbagged on Thursday. He was in the middle of a televised interview at an Aspen Institute event with NBC’s Andrea Mitchell when Sarah Huckabee Sanders, the White House press secretary, tweeted word that Putin had been invited to visit Washington in the fall.

Coats did not try to pretend he either knew of the decision or approved of it. “That’s going to be special,” he said to laughter from the Aspen crowd. His insouciance infuriated the White House and led one senior official to tell The Washington Post that Coats had “gone rogue.” In fact, it’s the president who has “gone rogue” on the nation’s values, its traditional alliances and the integrity of our electoral system.

In 2016 and for much of 2017, those warning that Trump was exactly the dangerous scoundrel he appeared to be were accused of missing his fundamental genius and his deep connection with discounted Americans. Trump’s detractors were said to be “out of touch” and “elitist,” as if only those with exquisitely elevated tastes in society’s upper reaches could possibly worry about his indifference to truth, his contempt for women and immigrants, his disdain for a free press, and his flouting of the expectations we have of those on whom we confer power.

Was it only an elite thing to be concerned that Trump might be hiding something in those tax returns that he refuses to release? Was it out of touch to wonder why he praised Putin again and again, at one point saying that Putin was far more of “a leader” than President Obama?

One person who was listening closely? Vladimir Putin.

At the Helsinki news conference that will live in infamy, Jeff Mason of Reuters asked Putin: “Did you want President Trump to win the election? And did you direct any of your officials to help him do that?”

Putin replied: “Yes, I did. Yes, I did. Because he talked about bringing the U.S.-Russia relationship back to normal.”

Interestingly, both the White House and Kremlin transcripts make it appear as if Putin had not offered this startling admission. Whether or not the White House intentionally manipulated the transcript (Transcriptgateski?) and whether or not Putin intended to answer “yes” to both questions, he made it clear that Trump was his pick in 2016. That’s why Russian agents did so much to get him elected.

The vindication of those who saw Trump for who he is (a majority of the 2016 electorate, it’s worth noting) provides little satisfaction because of the peril his presidency poses.

But we can learn from this experience. Trump’s longstanding Republican apologists have lost all credibility. The party needs to be rebuilt, and that task should fall to the handful of GOP dissenters who resolutely refuse to peddle Trump’s propaganda.

We should never again take seriously all those who tell us that paying attention to what a politician says and does blinds us to some deeper (and nonexistent) wisdom he is supposedly conveying.

And we should develop a permanent immunity to a fake and manipulative populism that casts upholding standards and defending decency as the preoccupations of rarified social and intellectual circles.

This is a condescending view because it underestimates the basic decency of the vast majority. It also gives license to the indecent. Trump and Putin have shown us where this leads.