Big Not Necessarily Better: Why Conservatives Must Fight Obesity 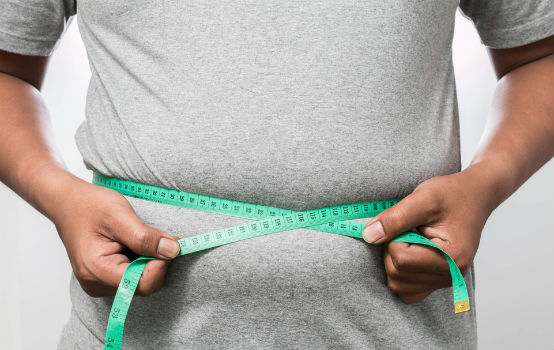 In an era of elite condescension towards so much of conservative, at least superficially Christian middle America, God bless Chick Fil-A. Every one of that chain’s restaurants that I’ve visited (at least 20 across the South) has been immaculately clean with courteous and respectful employees and delicious food. Yet as a proud Southerner who loves his fried chicken and sweet tea, I have to admit: we Americans got ourselves a weight problem, y’all.

According to the CDC, more than one third of adults aged 20 and over are obese, and more than two thirds of adults aged 20 and over are overweight. This is not only an adult problem: more than a fifth of teenagers are obese, too. Obesity is one of the biggest drivers of preventable chronic diseases and health care costs in the United States, with estimates for costs associated with it close to $200 billion a year. Obesity also affects job absenteeism, costing about $4.3 billion annually. Work productivity suffers, too, which takes away from employers about $500 per obese worker per year. Unsurprisingly, obesity and the legion number of medical conditions associated with it are a cause of premature death.

Health care costs, lower productivity, a drain on the economy, death—one would think conservatives would care about the obesity epidemic. Yet this is often not the case. Many conservative pundits perceive any attempt to arrest rising obesity rates as reflective of the progressive nanny state. Others argue that we shouldn’t blame companies that contribute to obesity, but rather the consumers of their products who fail to take responsibility for their bad decisions. Either way, a libertarian lean that prioritizes rights over the common good obscures how disastrous this problem has become for our nation.

One way to foster conservative concern about America’s weight crisis is to interpret it within a broader paradigm of American vice, that of intemperance, or lack of self-restraint. The United States has evinced a peculiar knack for public campaigns aimed at attacking intemperance in its many forms, often with conservative support. We’ve sought to limit alcoholism and smoking through regulations that limit access, public service campaigns, and taxation. More recently, Americans (including the non-religious) have become increasingly concerned about the deleterious effects of pornography, evidenced in the secular research catalogued in Matt Fradd’s The Porn Myth. Similar resources should be invested in reducing obesity.

Although it’s true that a small minority of Americans are overweight or obese because of genetic conditions, most are that way because of factors within their control, including a lack of temperance. Consider that only 10 percent of Americans were obese in 1950. That number actually came down in preceding generations—no big surprise, given the Great Depression and the larger percentage of the population that was involved in calorie-burning manual labor.

Determining where to fix blame should be the first step in crafting a conservative response to obesity. Certainly we as individuals are worthy of censure inasmuch as we cultivate unhealthy dietary habits and eschew exercise, as Rod Dreher has argued. Yet any business or organization that encourages unhealthy dietary behaviors must also share some level of responsibility. In the same way that a bar is complicit in public drunkenness and alcoholism if it fails to monitor the drinking habits of its patrons, so should restaurants and corporations consider themselves complicit in obesity rates inasmuch as they relentlessly push sugars and trans fats on their customers.

In addition, as Addison del Mastro has argued at TAC, one of the most dominant trends reinforcing American dietary intemperance is what he terms the “agricultural-industrial complex,” the “handful of large, well-connected, and well-protected industrial agricultural firms and food manufacturers” that dominate the industry. For example, the farm subsidy program perpetuated by industrial agriculture and government regulators subsidizes industrially produced corn, soy, and sugar, the dominant ingredients and fillers for highly processed and refined foods manufactured by companies like Kraft, Nestle, and PepsiCo. Federal and local governments are subsidizing junk food manufacturers, including through contracts between food giants and struggling schools. As of 2012, 80 percent of public schools had exclusive contracts with either Coke or Pepsi to provide all drinks on their grounds.

Part of the solution to this national health crisis must be to dismantle this agricultural-industrial behemoth. Another weapon is locally targeted, community-based nutrition and exercise programs. A 2008 study by the Urban Institute, the New York Academy of Medicine, and TFAH found that an investment of $10 per person in proven community-based programs to increase physical activity, improve nutrition, and prevent smoking and other tobacco use could save the country more than $16 billion annually over five years. Public ad campaigns, the sort that so effectively discouraged generations of schoolchildren from smoking, could also be an effective tool. Shame has been an effective (if often blunt and overreaching) tool against smoking and sexual harassment. Dreher has personally observed shame’s power in fighting weight gain.

Of course, the solution must start with us, as America’s Founders understood. There is a deep, often puritanical strand of temperance running through our national identity, which began at the Plymouth colony. Yet the drafters of the Constitution and our earliest presidents also argued that virtue—to include temperance—was necessary for the preservation of the Republic. Benjamin Franklin exhorted his fellow citizens to “educate your children to self-control, to the habit of holding passion and prejudice and evil tendencies subject to an upright and reasoning will.” More than a century and a half later, FDR declared, “Self-help and self-control are the essence of the American tradition.”

For too long, conservatives have viewed obesity through the prism of a libertarian ethos of “live and let live.” Yet this epidemic is literally killing us. Among wealthy, industrialized nations, the United States is close to having the highest rates for diabetes and heart disease on earth. Unsurprisingly, U.S. life expectancy is behind almost the entire Western and East Asian world, and is surpassed by Slovenia, among others. Moreover, about one third of U.S. health care expenditures are spent on diseases related to excess sugar consumption.

For fiscal, social, and moral reasons, fighting obesity should be a conservative cause. It has its basis in our most ancient classical traditions, with Aristotle defining temperance as that golden “mean with regard to pleasures.” A robust conservatism seeks to preserve the traditions not only of family, community, and religion, but of health and well-being as well. An obese America would have been incapable of navigating our nation’s tempestuous history. Obesity, like pornography addiction, makes us impotent to confront our present challenges. For the sake of the common good, and the sake of our children, this is deadweight we need to shed.