If Truth Mattered to the Hysterical Media 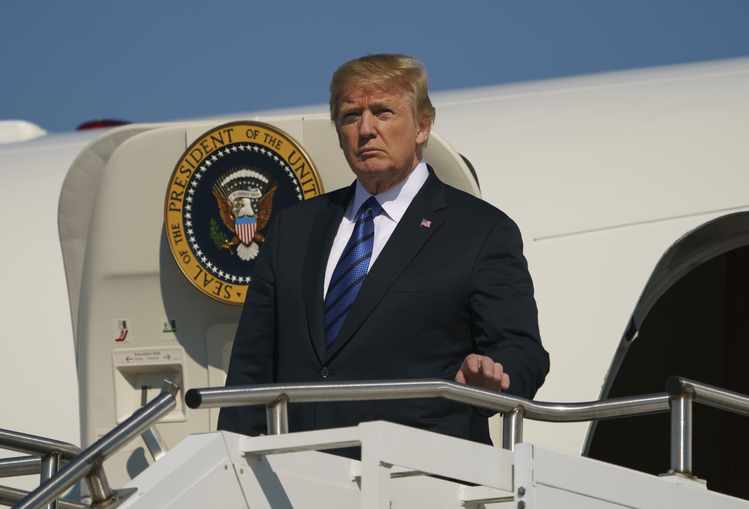 You and I are living through the greatest mass hysteria in American history. For many Americans, the McCarthy era held that dubious distinction, but what is happening now is incomparably worse.

For one thing, any hysteria that existed then was directed against the greatest evil in the world at the time: communism. Then-Sen. Joseph McCarthy and the House Un-American Activities Committee notwithstanding, there really were Americans in important positions who supported communist regimes enslaving their populations and committing mass murder. McCarthy was on to something.

In contrast, the country is choking on hysteria over the extremely unlikely possibility — for which there is still no evidence — that Donald Trump’s campaign colluded with the Russian government to meddle in the 2016 presidential election, and the absurdity that President Trump works for Russian President Vladimir Putin.

There have been conspiracy theories throughout American history (e.g. Lee Harvey Oswald didn’t kill President John F. Kennedy alone; the moon landing never happened). But this is the first time the media have created and promoted a conspiracy. Not surprisingly, they have dropped any pretense of objective reporting in the process.

And while some Americans were unfairly labeled communists during the McCarthy era, countless Democratic politicians and leaders in news and entertainment have called members of the Trump administration and the tens of millions of Americans who support the president fascists, white supremacists, haters, xenophobes and even Nazis.

MSNBC contributor Jill Wine-Banks said of the Trump-Putin Helsinki press conference: “It’s just as serious to me as the Cuban Missile Crisis in terms of an attack, or the 9/11 attack. … (Trump’s) performance today will live in infamy as much as the Pearl Harbor attack or Kristallnacht.”

All this hysteria is built on next to nothing. At its core, it is an attempt to undo the 2016 election. The mainstream media refuse to accept that Hillary Clinton lost. They said she would win — handily. They predicted a landslide. How could they have possibly gotten it so wrong? Their answer is they didn’t; Trump and Putin stole it.

If truth mattered to the media, their ongoing narrative would be: “Democrats and the left still do not accept Trump victory.”

If truth mattered to the media, every American would know Trump has been harder on Russia than former President Barack Obama was. Every American would be reminded that Obama reassured Putin’s right-hand man, then-Russian President Dmitri Medvedev, that he wouldn’t be too tough on Russia. Thinking his mic was off, he whispered into Medvedev’s ear: “This is my last election. After my election, I have more flexibility.”

If truth mattered to the media, every American would be reminded that Obama sent Army meals to Ukraine and Trump has sent anti-tank missiles and other arms to repel the Russians.

If truth mattered to the media, every American would be reminded that Obama watched Syria burn and Russia come to dominate that country, while Trump has bombed Syrian military installations, including one where Russians were killed.

If truth mattered to the media, every American would be reminded that it is Trump who has weakened Russia’s ally Iran, while Obama immeasurably strengthened it.

Instead the media scream “treason,” “impeachment” and the like 24/7; Hollywood stars curse the president; others curse his daughter or the first lady (one of the most regal in American history) and show President Trump in various death poses. Meanwhile, leftist mobs shout at administration officials and Republican members of Congress while they eat in restaurants, shop in stores and sleep in their homes.

If you vote Democrat this November, you are voting for hysteria, lies, socialism and even the cheapening of the Holocaust.

But more than anything, a vote for Democrats in November is a vote for hysteria — the greatest and darkest in American history.