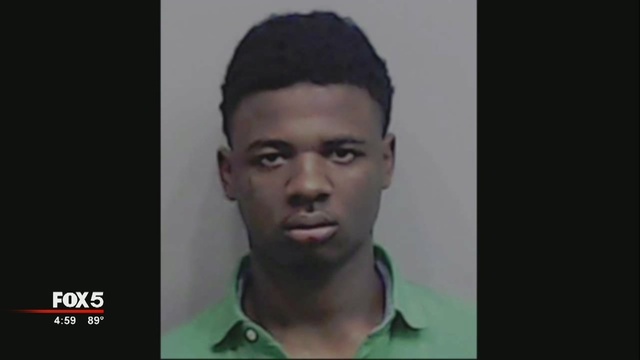 When he was 14 years-old, Jayden Myrick was arrested for armed robbery. He agreed in a plea deal to a 15 year sentence. The final seven years were to be served in adult prison.

But after just two-and-half years in juvenile detention, Fulton County Superior Court Judge Doris Downs set Myrick free. She put him on probation and placed him in a special program whose director claimed could keep tabs on Myrick and reform him.

Now, Myrick, age 17, is accused of shooting and killing a 34 year-old Washington, D.C. man during the course of another armed robbery, as the man was waiting for an Uber ride after leaving a wedding reception in Atlanta. Christian Broder is survived by his wife and a 9-month-old daughter. He would be alive today if Judge Downs hadn’t stupidly subscribed to the tenets of those pushing sentencing reform.

The judge explained that Myrick “has been in prison now for two and a half years and I don’t think it helped him much, I haven’t noticed a whole lot a change.” Lost on the judge, as on many sentencing reform advocates, was the fact that the primary purpose of putting Myrick away was to protect society from his menace, not to help him.

To “change” Myrick, Judge Downs placed him in a program called Visions Unlimited. Its director assured the judge that Myrick would be subject to a “very, very structured” plan that would include education, career readiness, and life skills to get away from criminal thinking. This is the same sweet-sounding recipe used by the “evidence-based” rehabilitation programs touted by the lenient sentencing crew.

The judge told Myrick, “I am expecting you to become a changed person” through the program. She thus assumed (1) that hard cases like Myrick quickly can become “a changed person” and (2) that Myrick cared what the judge was expecting.

Both assumptions were idiotic. Notwithstanding Visions Unlimited “very, very structured program,” Myrick promptly began putting posts on Instagram posts showing him with guns, known gang members, and a a baggie of pills for sale.

The DA asked that Myrick’s probation be revoked. Judge Downs ordered Myrick back to jail, but only until February.

On February 21, Myrick was released. He was supposed to go back into the Visions Unlimited program but, predictably, did not report.

The DA’s office said it found more posts on Instagram showing that Myrick was violating his probation and reported this to the the judge. She took no further action in response.

Thus, Myrick was free to take the life of Christian Broder. This was a murder waiting to happen.

Judge Downs is Exhibit A in the case for mandatory minimum sentences. They limit the ability of foolish judges to give lenient sentences, as routinely happened in the bad old, crime-riddled days before the mandatory minimums.

Jayden Myrick is Exhibit A in the case against snake-oil claims that rehabilitation programs can be expected to create “changed persons.” Programs rarely change people. It’s the passionate internal desire to change that produces change. . .sometimes.

This is the main fallacy of proposals to induce prisoners into “evidence-based” rehabilitation programs by reducing sentences in exchange for participating. Most of those who participate do so in order to reduce their prison time. A prisoner who passionately wants to change will participate in a rehabilitation program without the inducement, assuming he has reason to believe the program isn’t just BS.

Myrick wasn’t interested in changing. He was interesting in getting back on the street to commit more crime. In Judge Downs, he found a sucker who would put him back. Christian Broder is dead as a result.

Judges need less discretion to inflict this dreadful kind of harm, not more.