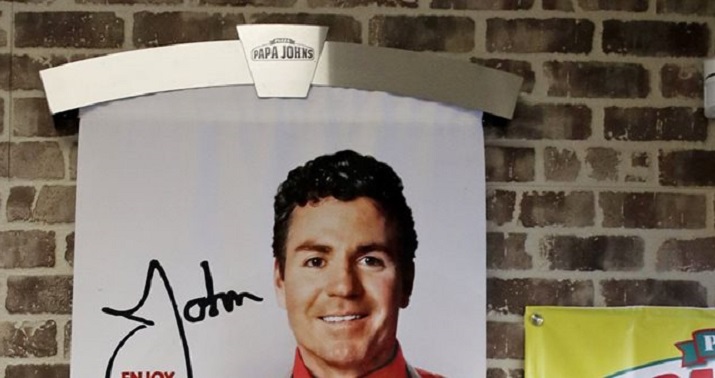 When we last checked in on the mystery surrounding Papa John Schnatter’s exit from his former corporation thing were, well… a mess. I noted a number of the unanswered questions which remain up in the air, but the only thing which seemed certain was that the company was parting ways with their founder. That position was made even more clear this week when we learned that the Board of Directors was developing a “poison pill” to prevent Schnatter from retaking control by purchasing even more of their stock. (NY Post)

The pizza chain’s board, looking to further distance itself from the company’s controversial founder, voted on Sunday to adopt a poison pill to keep John Schnatter from gaining a controlling stake in the Louisville, Kent., company, according to a report.

The move is expected to be made public on Monday, the report said, citing people familiar with the matter…

Poison pills like the one approved by the Papa John’s board are usually put in place to thwart a move by a hostile outside investor. In this case, the hostile “outsider” is the founder.

This development shouldn’t come as a surprise and it’s really not the portion of the story which remains of interest. It’s clear that the Board of Directors and the remaining management at Papa John’s are horrified at the recent developments and in a panic over the plunging value of their investments and the stability of their future careers. That’s all completely understandable, so making a move to make sure Schnatter can’t surge back into control seems like an obvious play. But it’s only a logical move if all the details we’ve been fed thus far are actually true. (If you are somehow only just now hearing about this story, AdAge has a comprehensive timeline of events which will bring you up to speed quickly.)

That’s where the mystery comes back into play. Sure, it’s entirely possible (if not probable) that this really is a case of John Schnatter losing his marbles and going off the deep end. But as I’ve kept asking from the beginning of this downward spiral… what if he’s not? That brings us back to Papa John’s former advertising/marketing firm Laundry Service. Of course, everything going on at Laundry Service these past weeks seems strange. Their founder, Jason Stein, recently left and started his own company, but that seems to be a process which began before the entire Papa John’s train began going off the tracks.

Even with some churn taking place in their upper ranks of management, however, nothing explains the deafening silence coming from Laundry Service on this score. As of today, it’s been a full week since this part of the story broke and there has been no official response from the company aside from a leaked internal memo which none of their executives will own up to telling their employees that the allegations are false and that they’re working on “a media strategy” to answer the claims.

Think about that for a moment. An internationally recognizable figure has accused their company of a very serious federal crime in the form of blackmail. These are the sorts of crimes people get sent up the river for decades over. If they’re completely innocent, how could they not be shouting it from the rooftops and threatening to sue Schnatter for libel? But I can’t find a single report of them offering any official statement. I’ve attempted to contact Laundry Service a couple of times now but not gotten a response to emails. Calls to the number listed on the company website go to voicemail and they actually ping out as being the number for Alyson Warshaw, who is the wife of founder Jason Stein, as well as being listed as the former Chief Creative Officer for Laundry Service, so it’s unclear if they are going through to the company’s office.

Of course, it’s worth mentioning that Schnatter’s story doesn’t wind up sounding much better. If somebody was really trying to blackmail him for $6M and threatening to leak the n-word story to the press and he had no intention of paying, wouldn’t he immediately go to the press rather than waiting for the story to break? More to the point, wouldn’t he go to the police and let everyone know they were on the case? Instead, he seems to have gone to ground.

Neither of these stories – the one from Schnatter and the response of Laundry Service – makes a lick of sense, and that sets my spider senses to tingling. There’s something we’re not being told. And what’s even more strange is that not many people seem to be digging terribly hard in an effort to get to the bottom of it.