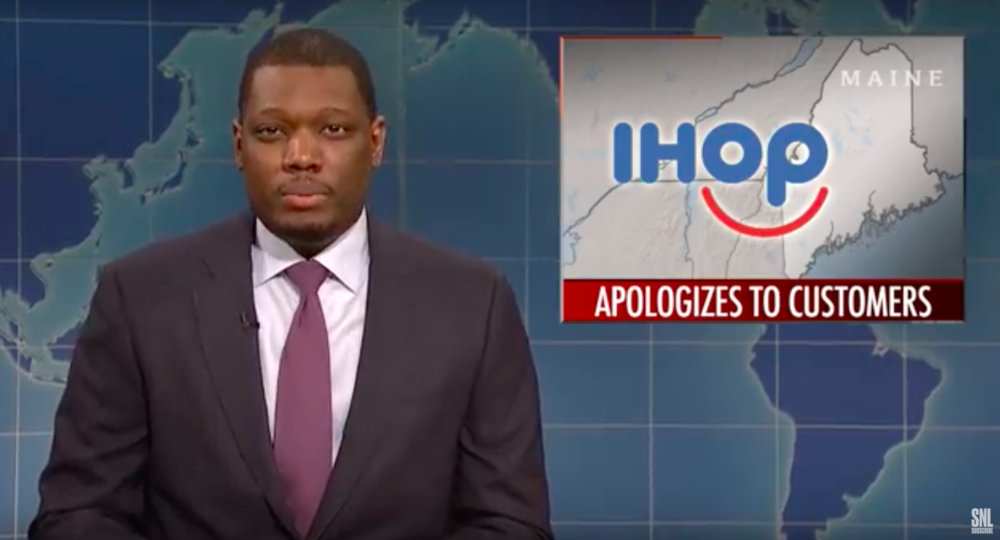 This article contains NSFW language that has been edited slightly.

Michael Che slammed what he called “anti-comedy comedy” in his Instagram story on Monday. Che is a head writer for “Saturday Night Live” and co-anchors “The Weekend Update,” a sketch that parodies a news show.

Che opened by saying that he typically doesn’t attack other comedians, but that the situation demands it.

I know I’ve always said comedians should NEVER openly sh-t on comedy, but what the f-ck are we gonna do about all this anti-comedy comedy that these A students keep shoveling out? I mean what the f-ck is going on..? one or two, ok.. but theres like 3 of them now! and its becoming a g-dd-mn mild inconvenience. what the f-ck Netflix? give them n-ggas another section! call it standup tragedy.

Che references recent Netflix comedy specials that seem to favor political correctness over humor. Hannah Gadsby’s recent stand-up special titled “Nanette” ditches jokes and instead talks about her life as a queer woman. She also discusses, in detail, being raped and sexually assaulted. Che seems to reference this in his next story, which says rape stories aren’t comedy.

ya know some critics say rape jokes arent funny. but you know whats DEFINITELY not funny? rape stories. just flat out, fully detailed rape stories. I dunno about you, but that hasnt made me laugh once.

Che said in a later story that he hasn’t watched “Nannette” and told fans to “stop asking.” Replying to fans who direct-messaged him about his statements, Che stated that passing off rape stories as comedy makes him feel “lied to.”

I dont wanna have to ‘survive’ a comedy special. I wanna laugh. lets not make this what its not.

Che pushed back against another person who said “Comedy= tragedy+time.”

His criticism comes at a time where comedy is seen as a form of activism. Jimmy Kimmel, Stephen Colbert, Trevor Noah, and countless other late-night comedians have used their platform as political soapboxes, sometimes crying to prove their point.

Che ended his thread by acknowledging that many in comedy will ignore his criticism and offer excuses. However, his message remains the same: comedy is supposed to make people laugh. And it hasn’t been doing a lot of that lately.