Southwest sizzles as temps near 120°! 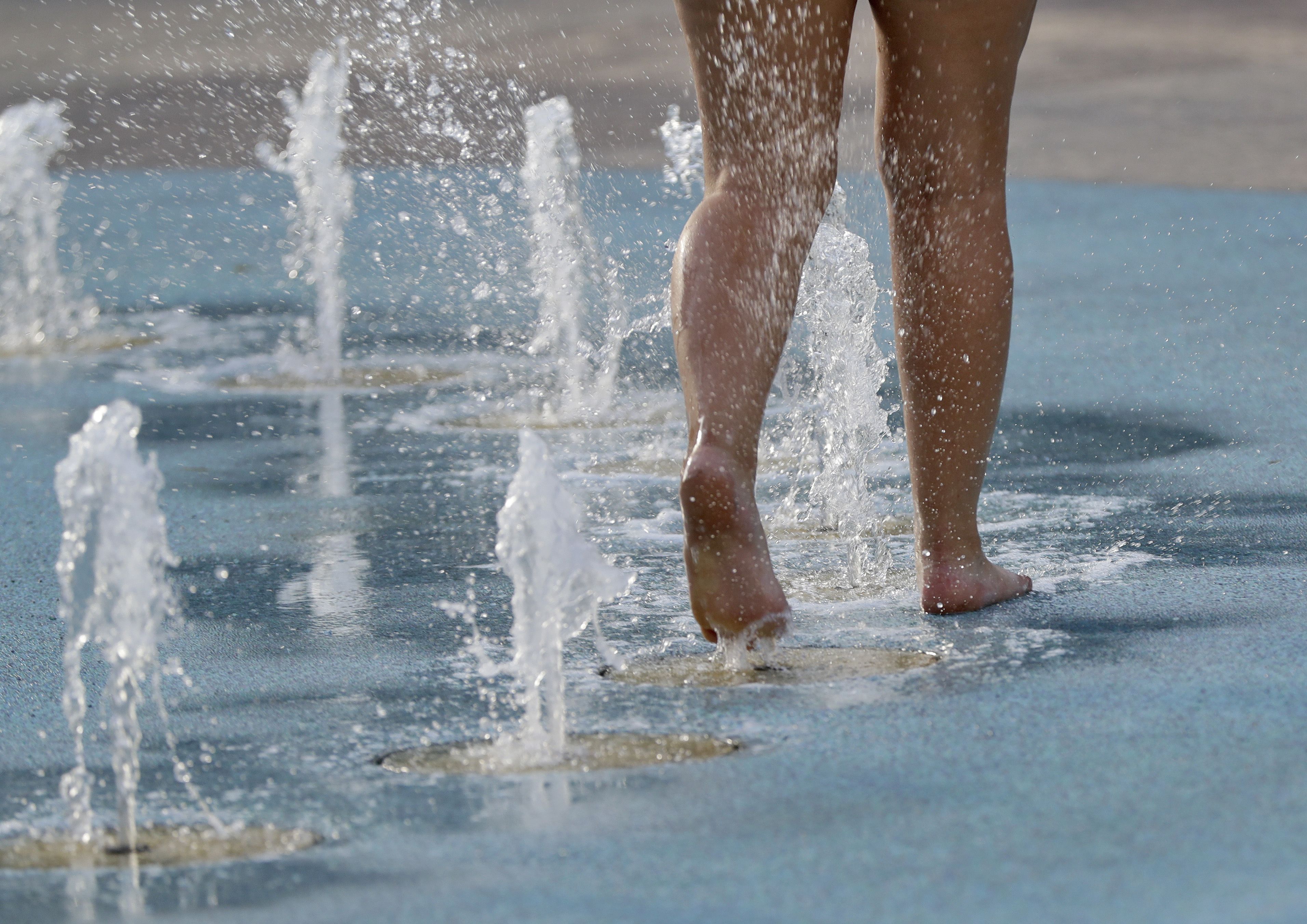 Taylor Jeremiah cools off while walking through a fountain early Monday, July 23, 2018, in downtown Phoenix. Parts of Arizona and the Southwest are bracing for the hottest weather of the year with highs this week expected to approach 120 degrees. (AP Photo/Matt York)

PHOENIX (AP) — Temperatures approached 120 degrees in parts of the U.S. Southwest on Monday, and forecasters said this week could bring the region’s hottest weather of the year.

Phoenix reached a sweltering 115 degrees (46 Celsius), which broke the previous daily record, according to the National Weather Service.

“I’m hoping to stay in the air conditioning all day, and I’m planning to take it easy,” said Lisa Kirby, who was visiting from Rhode Island for a conference.

Firefighters and city officials Monday morning distributed bright red cloth visors, hand fans and blue-colored cooling neckerchiefs to downtown Phoenix commuters, advising them to stay inside as much as possible.

A heat advisory was in effect for west Texas and southeast New Mexico into Monday evening, with high temperatures well into the triple digits, the service said. Afternoon school bus service was canceled Monday in Las Cruces, New Mexico, where the mercury climbed to 105 degrees (41 Celsius).

Forecasters issued excessive heat warnings to much of Arizona, including parts of Grand Canyon National Park, and extended into areas of Southern California and Nevada.

The operator of California’s electrical grid to call for voluntary conservation of power Tuesday and Wednesday due to high temperatures in much of the West.

Parts of Utah were also issued an excessive heat warning with temperatures this week expected to approach 109 degrees (43 Celsius). The weather service said the warning for Utah’s Dixie and Lake Powell regions will be in effect Tuesday through Thursday.

The National Weather Service uses a complicated formula that varies from region to region to declare an excessive heat warning, including close to record-breaking temperatures.

Forecasters say southern Arizona will swelter through temperatures from 112 to 119 degrees through Wednesday.

Some of the highest temperatures over the next few days were expected in Phoenix, and officials are cautioning people to stay hydrated and take advantage of cooler indoor buildings.

Forecasters say monsoon moisture will return to the Phoenix area from the east by the weekend.