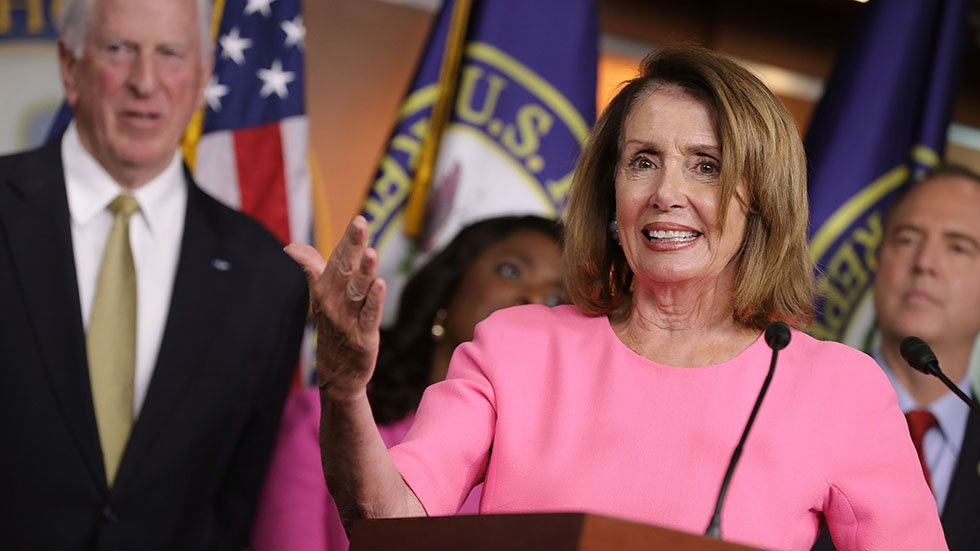 University of Virginia political analyst Larry Sabato says Democrats for the first time are the favorites to retake control of the House in this year’s midterm elections.

Kyle Kondik, managing editor of Sabato’s Crystal Ball at the university’s Center for Politics, said Tuesday that Democrats are now “soft favorites” for control of the chamber.

“For most of this election cycle the generic ballot has shown a consistent Democratic lead that suggests a very competitive battle for the majority. A high number of open seats — the highest number of any postwar election save 1992 — give Democrats many more targets than the GOP,” he wrote.

The analysis comes as Sabato shifted 17 House races in favor of Democrats, with several vulnerable Republicans, including Rep. Pete Roskam (R-Ill.), seeing their races move from “likely Republican” to “toss-up” in the ratings.

Another hurdle for the GOP in November, Kondik notes, is the fundraising gap between Democratic candidates and their GOP opponents, which is much greater than usual in 2018 thanks to months of strong Democratic fundraising.

“Democratic fundraising was extraordinary, with dozens of Democratic candidates turning in blockbuster quarters and outraising their GOP opponents. Money isn’t everything, but one expects incumbents to have a clear financial edge on their opponents, and it’s not clear that some current GOP members will have even that with several months of buckraking to go before the Nov. 6 election,” he wrote.

Democrats need to win 23 seats to make up their deficit in the House and win back a majority. A recent generic ballot survey found Democrats with a 10-point lead on the generic ballot, continuing a lead that the party has held over the GOP for months.