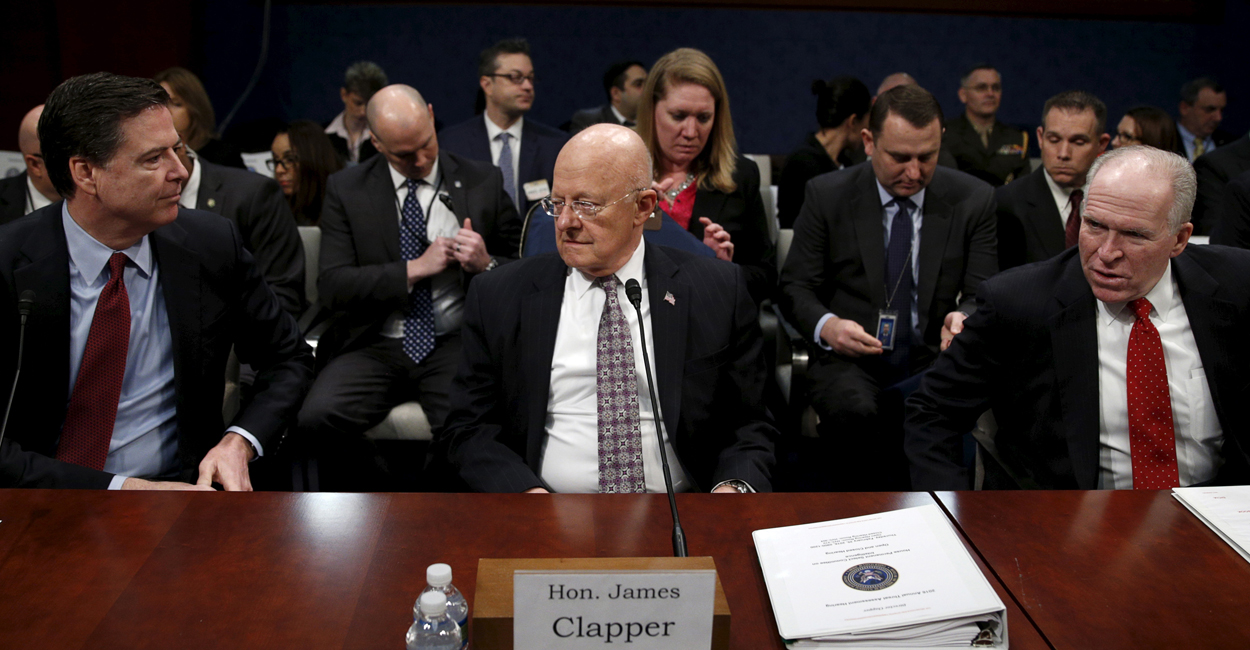 President Donald Trump is considering revoking the security clearances of former top Obama administration national security officials who have made charges on Twitter and in the media about Russian collusion, as well as one former top Bush administration official.

However, doing so could be a difficult task.

As a practical matter, many former government officials maintain security clearances as part of employment with certain government contractors, said Steven Bucci, a former Army Special Forces officer and former Pentagon official who is a visiting research fellow at The Heritage Foundation.

“Normally, people with a security clearance don’t get it revoked unless there is cause,” Bucci told The Daily Signal. “If you take one away, there has got to be a reason. It can’t just be that the president is ticked off because you said bad things about him.”

Sanders also said that the president is looking at pulling the security clearance of former President George W. Bush’s CIA Director Michael Hayden, who has also been a Trump critic regarding the Russia investigation, as well as his immigration policy.

Donald Trump’s press conference performance in Helsinki rises to & exceeds the threshold of “high crimes & misdemeanors.” It was nothing short of treasonous. Not only were Trump’s comments imbecilic, he is wholly in the pocket of Putin. Republican Patriots: Where are you???

Sen. Rand Paul, R-Ky., asked Trump to consider revoking the security clearance of Brennan, who has repeatedly accused the president of “treason.”

Is John Brennan monetizing his security clearance? Is John Brennan making millions of dollars divulging secrets to the mainstream media with his attacks on @realDonaldTrump ?

A reporter initially asked only about Paul’s request.