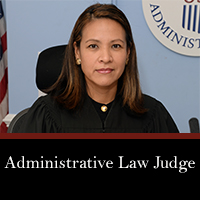 On July 10 of this year, the White House issued an executive order giving agency heads the authority to select their own administrative law judges (ALJs).
The Washington Post editorial board expresses concern that, under this executive order, political appointees will pick like-minded ALJs to better serve their agendas.

The order threatens the independence and professionalism of those charged with overseeing thousands of administrative decisions a year, the Post’s editors complain. They add that “there is value in having a cohort of qualified, impartial arbitrators working on administrative disputes.”

I agree, in theory. If ALJs truly were politically neutral, any order disturbed that happy status quo would be objectionable.

The problem is that ALJs often are not politically neutral. The Post’s claim that that this “used to be a proudly nonpartisan position rings hollow.

Having lived almost all of my life in the Washington, D.C. area, I’ve known more than a few administrative law judges. Nearly all of them are/were liberal Democrats. That’s hardly surprising. The federal bureaucracy that produces ALJs is almost entirely liberal Democrat.

This doesn’t automatically mean my acquaintances were biased when acting in their official capacity, and I trust some were not. However, during the first half of my legal career, I practiced from time to time before administrative law judges. In general, I did not find them to be models of impartiality. Instead, their liberalism tended to seep into their judging to at least some degree.

That was years ago. But it’s hard for me to imagine that while just about everything else was becoming more politicized, the ALJs became less so. Nor do the reports I get from practitioners suggest they did.

The Post is right to this extent — Trump’s executive order might well affect the political and ideological composition of the corps of ALJs. But it won’t shift it from neutral to conservative. Rather it will shift it from liberal towards conservative (and back again to liberal when Democrats are in control).

This is hardly ideal. However, it’s better than than the status quo under which ALJ positions tend to be the preserve of liberals.

To be sure, Congress must confirm federal judges. No such constraint will exist for ALJs.

It’s telling that congressional leftists like Rep. Elijah Cummings are leading the charge against President Trump’s executive order on ALJs. They want to block funding to implement the order.

The left long ago marched through this institution. It doesn’t want to be dislodged.