Chris Hardwick rises from the (talking) dead after #MeToo allegations 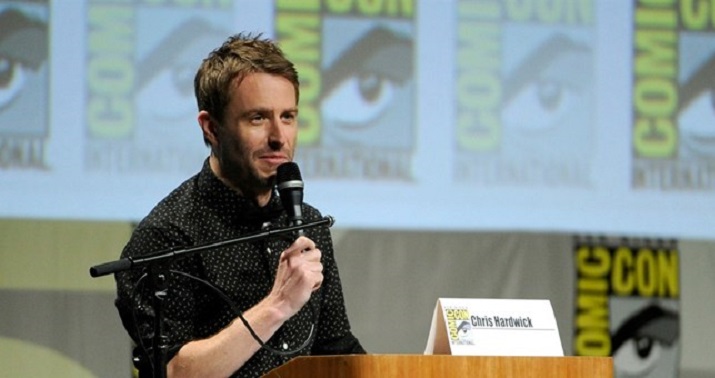 While he didn’t draw nearly as many headlines in the #MeToo saga as people like Weinstein and Kevin Spacey, Nerdist founder Chris Hardwick also found himself out of work with AMC and other media outlets earlier this summer. The comedian and host of multiple talk shows and game shows was ejected from the Hollywood field of play after his former girlfriend, Chloe Dykstra, accused him of physical, mental and emotional abuse during their sometimes rocky relationship.

At the time I expressed some serious doubts about the story. While nothing could be ruled out entirely and we can never truly know what’s in a person’s heart, Hardwick had always struck me as pretty much the direct opposite of the kind of guy who fit the Me Too mold. Also, the charges came entirely from a single accuser with many other women offering very different characterizations of him. On top of that, the accuser was someone who had allegedly been cheating on Hardwick near the end of their relationship and things didn’t end well.

AMC has wrapped up what they’re describing as a thorough investigation done by outside experts (how does one become an “expert” in this field?) and concluded there was no basis to remove Hardwick. He will be returning to his previous duties next month. (NY Daily News)

Chris Hardwick has been reinstated as host of AMC’s “Talking Dead” after the network wrapped an investigation into sexual abuse accusations against the Nerdist co-founder.

Hardwick, 46, will return to his gig Aug. 12, just in time for the aftershow following the mid-season premiere of “Fear the Walking Dead.”

Actress Yvette Nicole Brown, who was announced last week as the show’s interim host, will still fill in for a season preview special on Aug. 5, but will just be a guest on the Aug. 12 episode, according to Entertainment Weekly.

AMC said in a statement that following an investigation and after “careful review,” the network believes “returning Chris to work is the appropriate step.”

While many fans and supporters of Hardwick were thrilled to hear of the decision, Kathy Griffin took the news, er… a little less well. (Language warning)

To be fair, she wasn’t alone. Yahoo has a roundup of many responses, both supportive and critical, from Hardwick’s colleagues in the entertainment industry.

So is this the end of the Chris Hardwick story in terms of #MeToo? Hardly. While I may personally feel that they made the right decision, I’m not sitting on an actual jury. Neither are any of the other people commenting on his return to work. This serves more than anything else as a reminder of just how treacherous it is to allow a significant issue such as this to be decided almost entirely in the Court of Public Opinion rather than a court of law. Very few of the accused men are going on trial. This means that the ones who are actually guilty won’t pay any legal consequences and those who are falsely accused will never have the chance to formally clear their names.

In the end, I still believe that #MeToo is a phenomenon which will produce an overall positive effect in the long arc of history, particularly if it makes more men fearful of being abusive and encourages more women to speak out. But along the way, it’s going to be like a rocket shedding misfired parts and creating collateral damage as it goes. Hardwick has (mostly) avoided becoming part of the collateral damage in terms of complete career collapse, but he’s going to have an asterisk by his name for the rest of his life because the accusation was made. There’s not much to celebrate here on either side of the debate.