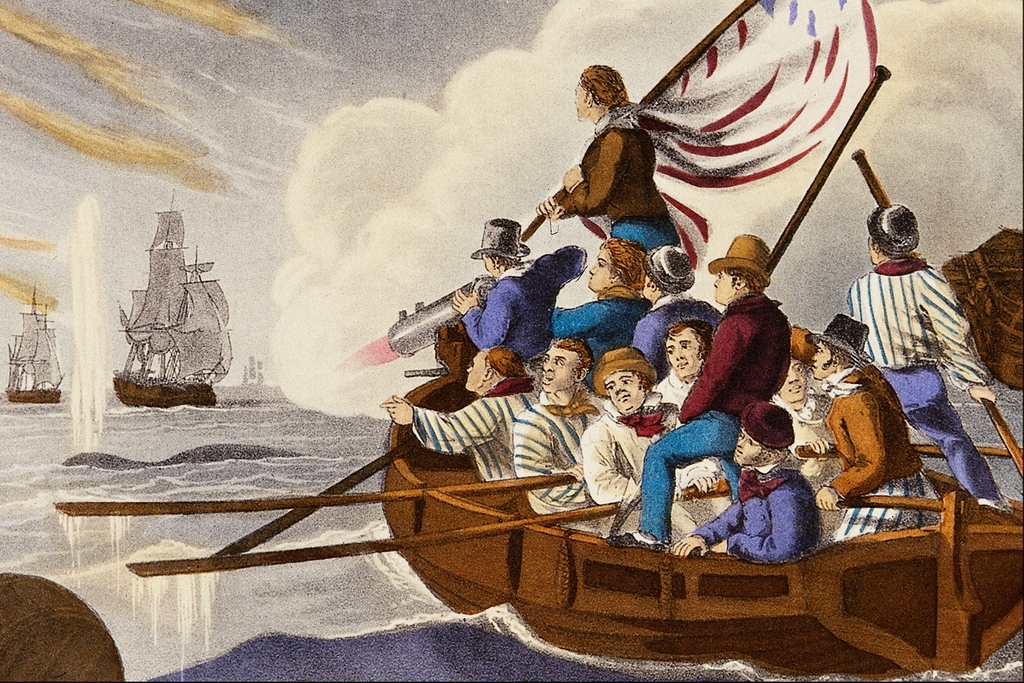 The New York Times reports that special counsel Robert Mueller “is scrutinizing tweets and negative statements from the president about Attorney General Jeff Sessions and the former FBI director James B. Comey.” The Old Gray Lady did not divulge whether the special counsel also seeks the names of books checked out on the president’s library card.

As far as fishing expeditions go, this one evokes one such adventure told 167 years ago — and still checked out of libraries today. “But shall this crazed old man be tamely suffered to drag a whole ship’s company down to doom with him?”

No Starbuck sails on the Badship Bob Mueller. Ahab fixates on the whale and loses sight of the mandate of his mission, the collateral damage that his monomania unleashes, and, ultimately, reality itself.

A Politico profile described Robert Mueller as “a rigid disciplinarian who brooks no compromise.” A former aide told the Los Angeles Times, “I would assess him as someone that can’t accept the fact that he screwed up.” Don’t call him Ishmael.

“Mr. Mueller wants to question the president about the tweets,” a line in the New York Times reads.

Mr. Mueller wants to question the president about the tweets.

The 140-characters-or-less presidential prose strikes as somewhat less esoteric and metaphorical than Moby-Dick. “Why didn’t A.G. Sessions replace Acting FBI Director Andrew McCabe, a Comey friend who was in charge of Clinton investigation but got big dollars ($700,000) for his wife’s political run from Hillary Clinton and her representatives,” Trump asked in one of the allegedly illegal tweets. “Drain the Swamp!”

Next to Melville, it appears criminal. But do literary offenses amount to legal ones?

They do when zealous prosecutors cannot find real crimes. The New York Times notes in its report, “Prosecutors who lack one slam-dunk piece of evidence in obstruction cases often search for a larger pattern of behavior, legal experts said.”

The president’s pursuers initially alleged collusion between Donald Trump’s campaign and the Russians. They used a foreign spy in their attempts to prove foreign interference in the presidential campaign. The fact that the campaign of Trump’s opponent paid for this investigation — their use of intermediaries to do so a tacit admission of its deceitful purpose — did not persuade federal investigators to take the evidence amassed with a grain of salt. Instead, they agreed to further subsidize the foreigner’s efforts to prove that foreigners meddled in the presidential election and presented his evidence to a judge, bypassing the fact that partisan entities launched it as part of an opposition research effort, as, incredibly, coming from a “credible” source. One administration did this to spy on a campaign volunteer for the administration that succeeded it.

Trump’s pursuers continued to obfuscate. An inspector general and congressional oversight revealed investigators boasting “we’ll stop it” in reference to Trump’s election, a discussion of an “insurance” policy in the unlikely event of the despised candidate’s election, and an FBI lawyer texting “Viva le resistance” regarding his plans for acting as a fifth columnist in the incoming administration. Finding no evidence of collusion, Trump’s pursuers steamrolled over attorney-client privilege and raided the office of Trump’s personal lawyer. A 1990s apologist for the Clintons then released a conversation involving Trump and his attorney — surreptitiously recorded by the latter. It proved this shocking fact: a billionaire former casino magnate and beauty pageant overseer once slept with a really, really beautiful woman.

How did we get from Vladimir Putin to Karen McDougal?

“To produce a mighty book,” Herman Melville explains, “you must choose a mighty theme. No great and enduring volume can ever be written on the flea, though many there be who have tried it.” Robert Mueller, who couldn’t convict Hells Angels and tried to frame Steven Hatfill as a domestic terrorist, now tries to write a mighty book with Donald Trump as his Moby Dick. This one figures to end for Ahab the same way the first one did.

The investigation exposes the investigators more than the investigated. It reveals the umpires as partisan players. It demonstrates lawbreaking by law enforcers. It sows distrust in institutions heretofore beloved by the American people.

Beware of fishing expeditions. You might catch something; monomania more likely than Moby Dick. They tend to hook the fisherman more often than the fish. But the man attached to one end of the line never sees it that way.

“Oh, my Captain! my Captain! noble soul! grand old heart, after all! why should any one give chase to that hated fish! Away with me! let us fly these deadly waters! let us home!”