If You Don’t Know Enough About Politics, Don’t Tweet Or Vote 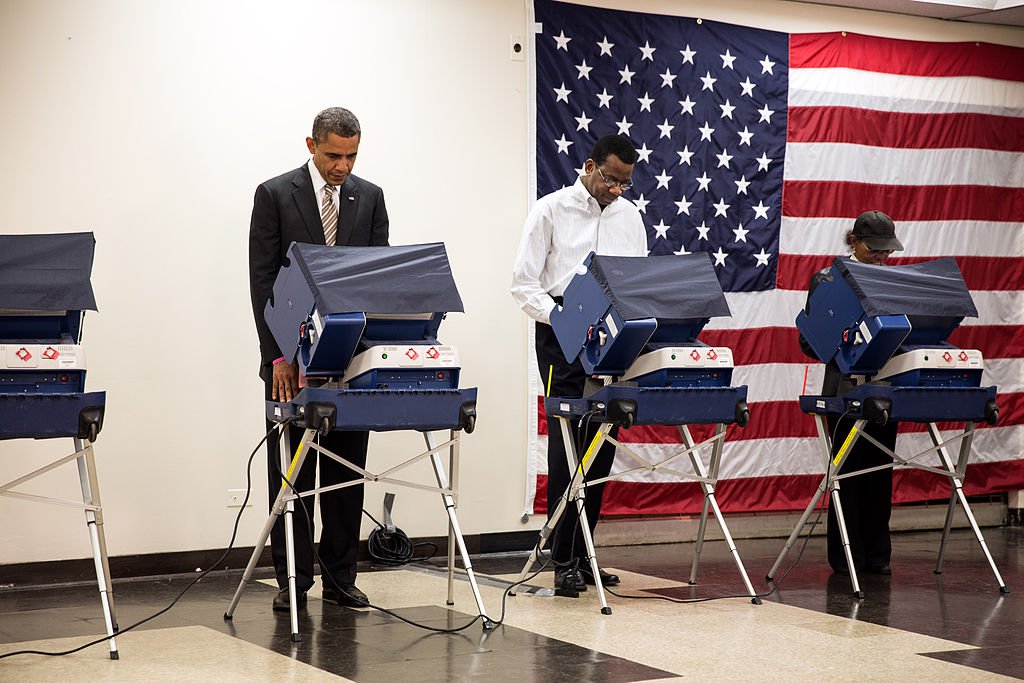 Perhaps you’re well-versed on the Russian attempts to meddle in foreign elections. But if you’re not, why do you keep hopping on social media to shout at those who insist the Russians did (or didn’t) influence the 2016 presidential race?

No matter how self-righteous and defensive humans can be, we all know what we are. Whatever terms we use to describe unrighteousness, we know that we are sinful sausage: rancid clumps of selfishness, hatred, lust, and greed encased in human flesh. We also know that God, however we conceive of him, has the power to judge us for this.

Of course, the Son of God took on human flesh to free us from this fear of judgment. But when people either reject or lose sight of the cross, they’ll often come to see politics as their savior, albeit in different ways.

Some people try to earn God’s love by conquering the heretics and rebuilding the morally upright nation God desires. Others think that the way to escape God’s judgment is to escape God himself, so they aim to drive their creator away by silencing those who speak the word that makes him present. Despite their mutual hatred for each other, both groups of tribalists confess the same heresy—the belief that we must manufacture spiritual peace through the secular state.

Likewise, the moment tribalists become convinced that anger serves their political purpose, post-election shouting quickly becomes a moral necessity. Anger is a tool that can derail the bad guy’s agenda. It can intimidate and silence cultural and political opponents. Because of this, the duties of the God-serving (or God-escaping) voter don’t end at the polls. He must continue to fight after election day.

So if you constantly find yourself parroting your tribe’s talking points without genuinely caring about or comprehending them, this is a good sign that you’ve embraced the tribalistic heresy that eternal life is found in political purity. Or perhaps you’ve accepted a lesser version of that heresy. Perhaps you know that Christ earned your salvation with his blood and gives it as a free gift to all who believe.

But you also know that God wants those who’ve received this gift to walk in the good works he’s prepared for them. Surely voting in the good guys and shouting down the bad guys are among those good works. Surely God has called you to fight the good political fight on election day and beyond, right?

Wrong. God has called you to be a citizen, but he hasn’t necessarily called you to be a voter. God gives all of us various vocations—various stations in our life through which we are to serve our neighbor. And all of these vocations fall into one of two categories: inherent vocations and voluntary ones.

Citizen is an inherent vocation. You received it by virtue of being born under an earthly government. Just as a son can’t opt out of his God-given duty to honor his father and mother, you can’t opt out of your duties as a citizen—namely the duties of paying the taxes and obeying the laws that enable the government to serve your neighbor.

Voter, however, is a voluntary vocation—or, at least, it’s a voluntary sub-vocation of citizen in our representative republic. Like that of husband or wife, voter is not a vocation that God makes mandatory. It’s one he makes available, and the only time you’re required to fulfill that vocation is after you chose to take it on.

Sometimes it’s rather easy to figure out how to use your vote in faithful service of your neighbor—for example, in elections where abortion laws are a factor and one side clearly favors the legalized killing of your unborn neighbors while the other side clearly doesn’t.

But in many cases, faithful voting requires more than knowing the difference between good and evil. It requires familiarity with civics, history, foreign policy, economics, and a host of other topics. It requires you to know the policies of those seeking office and to recognize when even the most well-intentioned proposals might negatively affect those you’ve been called to serve.

On account of this, if you don’t or can’t understand these issues well enough to be a faithful voter, then the best way you can be a faithful citizen is to refrain from voting. But will God then turn around and judge you for your ignorance?

Well, that depends. Are you uninformed because you spend 40 hours a week getting high and watching “Bananaman” reruns? If so, your political ignorance is proof that you have despised your neighbor by wasting the time and the talents God gave you. You stand condemned. Repent.

If you don’t or can’t understand these issues well enough to be a faithful voter, then the best way you can be a faithful citizen is to refrain from voting.

But are you uninformed because you spend 40 hours a week working hard to benefit your community and feed your family? Are you rather clueless because, instead of reading the latest batch of House bills or boning up on economic theory, you spend your free time hiking with your spouse and playing board games with your kids and volunteering at your church?

Are you ill-equipped to be a good voter because you’re too busy being a good neighbor and spouse and parent and Christian? If so, then relax. Your political ignorance isn’t proof that God’s mad at you. It’s proof that you’ve been faithfully fulfilling the more important vocations he’s given you.

Likewise, if you managed to educate yourself enough to cast an informed vote but can’t seem to keep up with the post-election controversy du jour, don’t feel bad about that either. Screaming at political rivals after the election isn’t part of the voter’s vocation. But even if it were, why aren’t you informed enough to be sufficiently outraged?

Once again, is it because you’re too busy carrying out the higher vocations God has given you? Then, once again, this is proof that you’re being a faithful servant. After all, God wants you to snuggle your children more than he wants you to drill those flash cards reminding you who Michael Avenatti and George Papadopoulos and Rod Rosenstein are, and why you hate (or love) them.

Your political ignorance is proof that you’ve been faithfully fulfilling the more important vocations he’s given you.

So stop feeling obligated to follow the outrage liturgy of tribalist heretics. It’s okay to be ignorant about political issues you were never required to understand. It’s fine to be ambivalent over controversies you haven’t been called to solve. You don’t have to know what we’re yelling about. You don’t have to care about every story that blows up Fox News (or MSNBC).

You don’t have to canonize every tweet of the politicians you support and eviscerate the tweets of those you don’t. You don’t have to defend the ugliness of your fellow conservatives (or liberals) and condemn the good intentions of those espousing enemy ideologies.