Raging fires in northern California are being sucked up by strong winds and forming “fire tornadoes.” 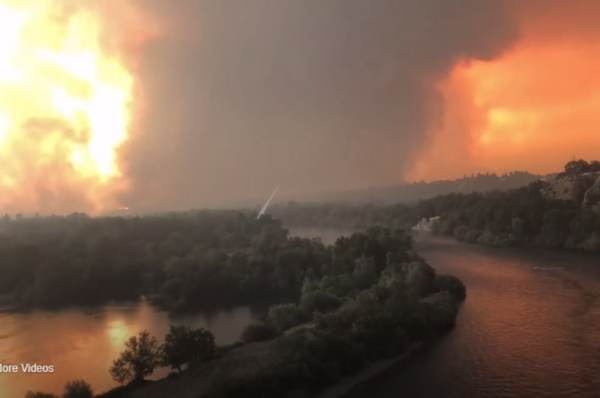 The locals are witnessing “fire tornadoes” in the area.

The fire tornado enabled the Carr fire to jump the Sacramento River.

If we think it’s hot here whilst the #ukheatwave continues to fry us, spare a thought for the folks in Carr California who were hit with fire tornadoes https://t.co/9xUAAfcQYB

According to a spokesman for Cal Fire, the Carr Fire, which created at least two flaming tornados that toppled trees, shook firefighting equipment and busted truck windows, took “down everything in its path” https://t.co/BLhnWtE2K9