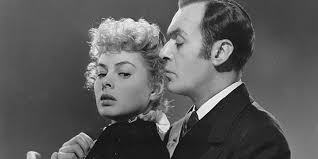 I greatly admire the job that House Intelligence Committee Chairman Devin Nunes has done unearthing the true story of the intelligence agencies’ “insurance” work on the 2016 election and the Democrats’ related collusion with the friends of Vladimir Putin. It is an improbable story that everyone involved has mightily sought to keep hidden from him and his colleagues. Rep. Nunes has shown himself to be a dogged and thick-skinned investigator.

In the current issue of the Weekly Standard (dated August 6), executive editor Fred Barnes profiles Nunes in “He drives them crazy.” Fred’s profile hasn’t been posted online yet. I read it in the PDF of the magazine that is distributed to the likes of me for promotional purposes.

Fred must be something like the dean of Washington reporters at this point in his career. He is an experienced and sober observer. In this case he fairly notes: “Democrats and their allies have been waging a war of abuse, slander, and name-calling [against Nunes]. They’ve tried with occasional success to make his life miserable. Nunes has to be protected by a security detail when he leaves his office.”

Fred also looks back on the Nunes memo covering the FBI’s FISA applications to surveil Carter Page. “When Nunes put out a memo with preliminary findings last winter, Democrats went crazy,” Fred writes. “It raised questions about the legitimacy of the ‘Steele dossier,’ the collection of negative (but unverified) information about Trump that was put together by former British spy Christopher Steele. The memo said the Steele dossier was the key document cited to justify the wiretap of Page.”

Fred states baldly: “The submission was a deceptive document. It masked the fact that the Democratic National Committee and Hillary Clinton’s presidential campaign had paid for the dossier—the tab was $168,000—making it a partisan document. This was improper as grounds for a wiretap of an American citizen, a blatant one.”

Fred judges: “Nunes and his memo were vindicated.” Fred is of course not alone in his judgment. Arriving at the same conclusion, Byron York devoted an excellent column to the subject.

Fred itemizes the particulars of the gratitude I feel to Nunes: “We wouldn’t know these things if they hadn’t dug them up. (1) Hillary and the DNC paid for the still-unverified Steele dossier from his Russian sources. (2) The Steele dossier was largely responsible for approval of the Page wiretap.” Fred concludes with a rhetorical question: “Well worth knowing, don’t you think?”

The cover story of this issue of the magazine is by one April Doss. The Standard posted her cover story online under the headline “The Truth About Carter Page, the FBI, and Devin Nunes’ Conspiracy Theory.” Incidentally, Doss tries out another version of the piece for the Atlantic in “The FISA fiasco’s silver lining.” Both the Standard and the Atlantic identified Doss in part as former “senior minority [i.e., Democratic] counsel for the Senate Select Committee on Intelligence[.]”

Here’s the funny thing. Doss’s cover story illustrates Fred’s observation that Nunes has been victimized by a Democratic campaign of personal abuse and name-calling. Indeed, it could serve as Exhibit A to illustrate Fred’s point. According to Doss, “Nunes [has] spun a crazy conspiracy narrative.”

Well, something’s crazy here. I’m getting that “gaslighting” feeling and I think it’s the dross of April Doss.