The Return of 3% Growth 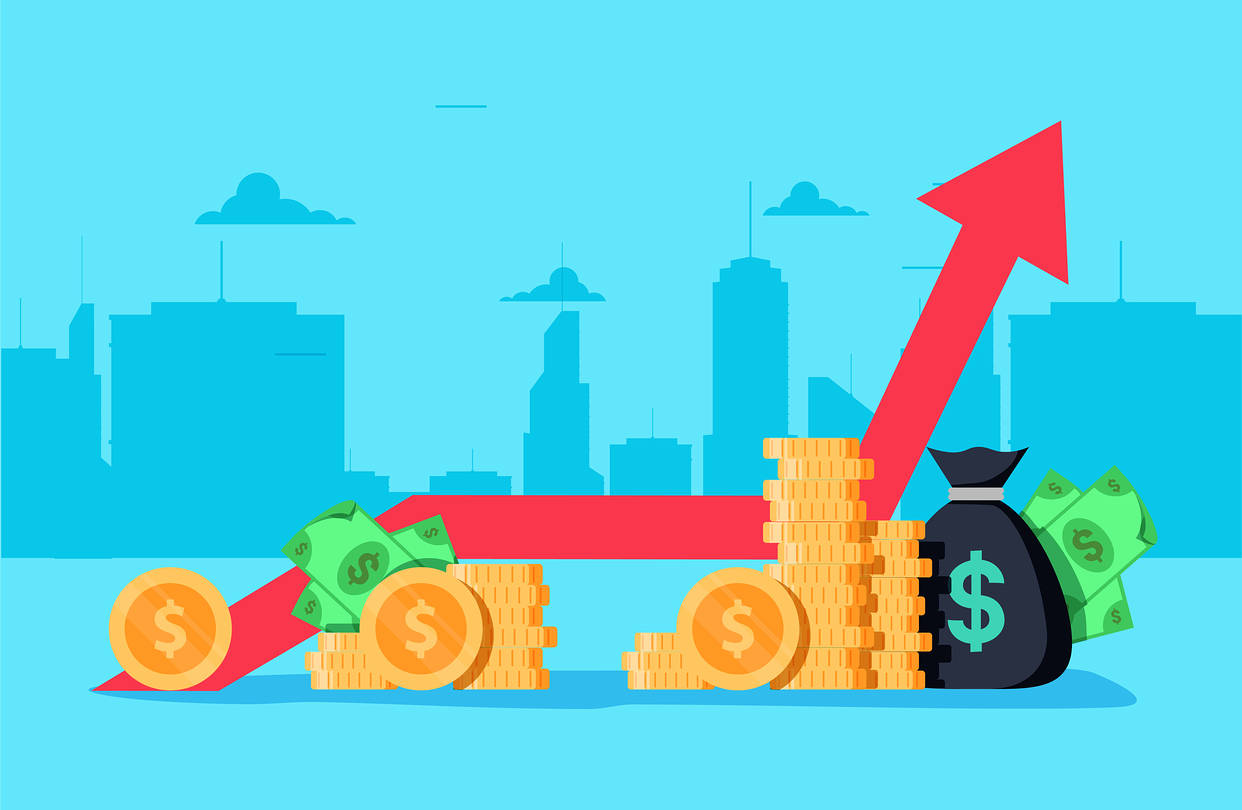 So much for “secular stagnation.” You remember that notion, made fashionable by economist

The lesson is that policies matter and so does the tone set by political leaders. For eight years

told Americans that inequality was a bigger problem than slow economic growth, that stagnant wages were the fault of the rich, and that government through regulation and politically directed credit could create prosperity. The result was slow growth, and secular stagnation was the intellectual attempt to explain that policy failure.

election and a Republican Congress to turn it into law. Deregulation and tax reform were the first-year priorities that have liberated risk-taking and investment, spurring a revival in business confidence and growth to give the long expansion a second wind.

The nearby chart shows GDP growth by quarter over the last four years. The numbers show that the long, weak expansion that began in mid-2009 had flagged to below 2% growth in the last half of 2015 and in 2016. Nonresidential fixed investment in particular had slumped to an average quarterly increase of merely 0.6% in those final two years of the Obama Presidency. An economic expansion that was already long in the tooth began to fade and could have slid into recession with a negative shock.

The Paul Ryan-Donald Trump growth agenda was targeted to revive that investment weakness. Deregulation signaled to business that arbitrary enforcement and compliance costs wouldn’t be imposed on ideological whim. Tax reform broke the bottleneck on capital mobility and investment from the highest corporate tax rate in the developed world. Above all, the political message from Washington after eight years is that faster growth is possible and investment to turn a profit is encouraged.

The chart and the second-quarter GDP report show that this policy mix is working. Growth popped to a higher plane of nearly 3% in the middle of 2017 as business and consumer confidence increased with the Trump Administration’s policies taking center stage. A growth dip in the last quarter of 2017 on tax-reform uncertainties carried over to the start of the first quarter, but growth has since accelerated.

The acceleration has been driven by business investment, which increased 6.3% in 2017 and has averaged 9.4% in the first half of 2018. This investment surge has come in productive areas like equipment and commercial construction. It has not come from padding inventories that have to be sold down, or in a housing mania like the one that drove growth in the mid-2000s. Both housing and inventories subtracted from growth in the second quarter.

It would be nice to think that all Americans would take satisfaction in this growth. But in the polarized politics of 2018, the same people who said this growth revival could never happen are now saying that it can’t last. It’s a “sugar high,” as Mr. Summers has put it, due to one-time boosts like government spending and consumption.

But there are reasons to think that a 3% growth pace can continue with the right policies. The investment boom will drive productivity gains and job creation that will flow to higher wages and lift consumer spending. Inventories will have to be replenished and new household formation is increasing again, which should help housing demand.

Most intriguing is that the government’s annual revisions to long-term GDP on Friday showed a sharp increase in the personal savings rate. The increase was due to an upward revision in wages and salaries and jumped to 6.7% from 3.4% for 2017 and averaged 7% in the first half of this year. That’s about $500 billion more in the pockets of Americans than previously estimated and helps to explain why consumer spending has remained strong. With tight labor markets, consumer spending should keep contributing to growth.

There are risks to this outlook, not least from Mr. Trump’s tariff policies. This is the President’s version of Mr. Obama’s regulatory assault, with arbitrary victims, uncertainty that limits business investment, and the risks of escalation. Mr. Trump crowed at the White House on Friday that his trade policies are helping the economy, but the second-quarter lift from net exports isn’t likely to last amid foreign retaliation for his steel and aluminum tariffs.

The way to help the economy is for Mr. Trump to build on this week’s trade truce with the European Union, withdraw the tariffs on both sides, and work toward a “zero tariff” deal. Meantime, wrap up the Nafta revision with Mexico and Canada within weeks so Congress can approve it this year. Mr. Trump could claim he had honored another campaign promise while removing a pall on investment.

The other major risk is the Federal Reserve’s attempt to unwind the extraordinary monetary policies of the last decade. If near-zero rates and trillions in bond-buying lifted asset prices artificially, as some our friends think, then reversing those policies could cause those prices to fall with uncertain results.

All of which is another reason to thank tax reform and deregulation for unleashing animal spirits and giving the expansion renewed life. It’s worth recalling that not a single Democrat in Congress voted for tax reform and nearly all of them opposed every vote to repeal the Obama Administration’s onerous rules. Had they prevailed, we’d still be experiencing secular stagnation instead of arguing if 4.1% growth is too much of a good thing.