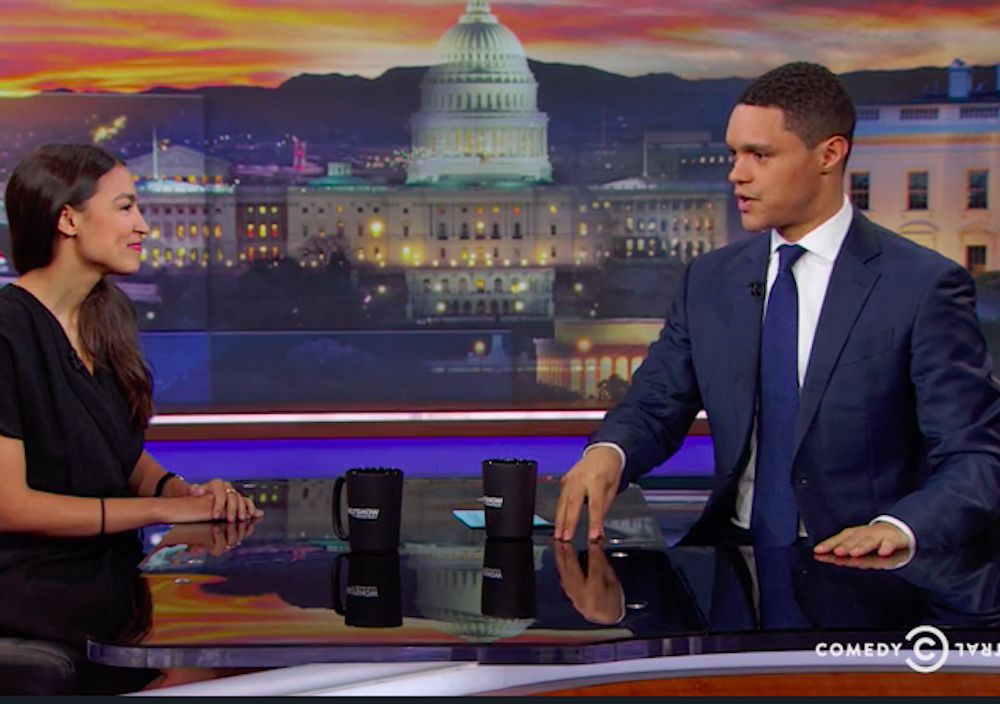 In an interview with Trevor Noah on Comedy Central’s “The Daily Show” Thursday night, candidate Alexandria Ocasio-Cortez tried to explain how the United States would pay for all of the entitlements the self-described democratic socialist has campaigned on — including fully taxpayer-sponsored Medicare, college tuition, and housing.

“If people pay their fair share, if corporations and the ultra wealthy, for example, as Warren Buffett likes to say, if he pays as much as his secretary paid, a 15 percent tax rate, if corporations paid, if we reverse the tax bill, raised our corporate tax rate to 28 percent– which is not even as high as it was before — if we do those two things and also close some of those loopholes, that’s $2 trillion right there,” she said. “That’s $2 trillion in ten years.”

CNN estimates that providing Medicare for all would cost $1.4 trillion annually. That means $2 trillion over the course of 10 years would provide a small percentage of the funds she’d need for one plank of her platform alone.

The democratic congressional nominee did not specify how much revenue would be raised through a carbon tax. Economists estimate it may cost as much revenue as it may generate, while increasing unemployment. Ocasio-Cortez also suggested cutting military spending — because the military doesn’t want more fighter jets! Or, presumably, anything else.

“Just last year we gave the military a $700 billion budget increase, which they didn’t even ask for!” she said. “They’re like, ‘We don’t want another fighter jet!’ They’re like, ‘Don’t give us another nuclear bomb!’ you know?”

Probably Russia and China enjoy hearing that sort of thing from a politician whose platform fits their countries’ kleptocratic and communist governments.