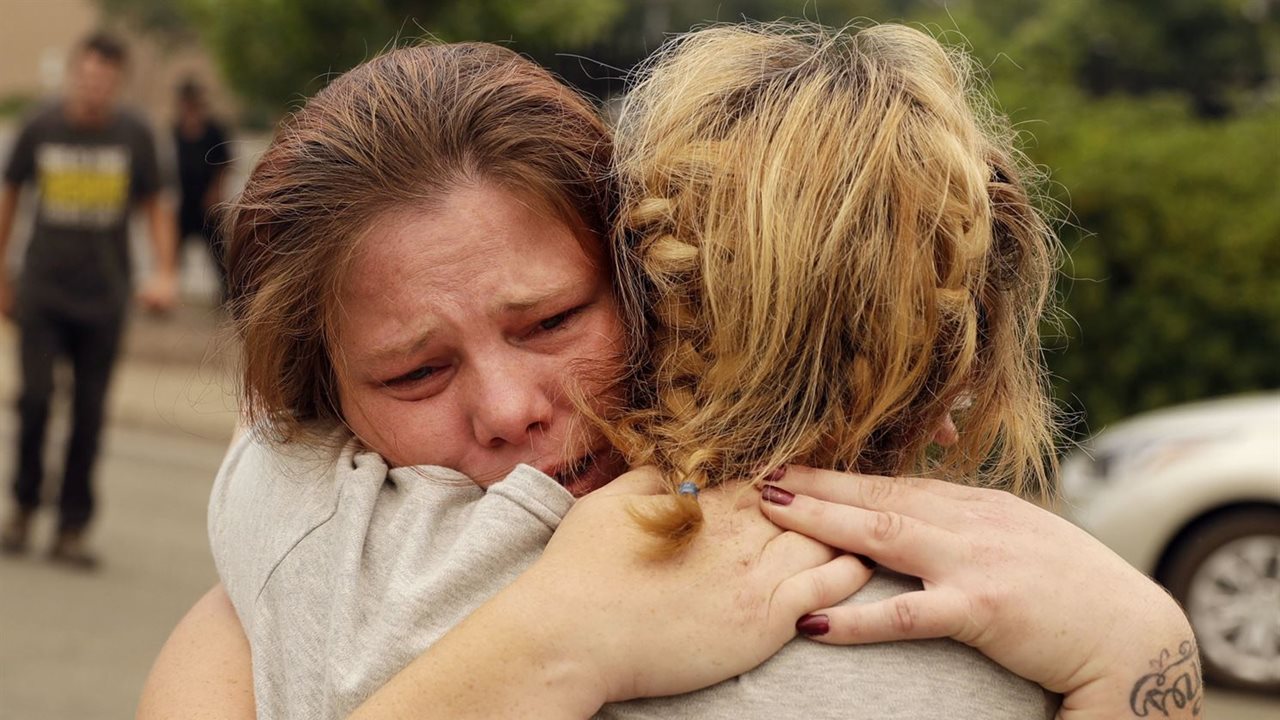 REDDING, Calif. (AP) — Two young children and their 70-year-old great-grandmother died in the wildfire that swept into the city of Redding with devastating speed, their family said Saturday, and a bulldozer operator who died working to contain the fire was identified as an 81-year-old man from a small community east of Sacramento.

A tearful Sherry Bledsoe confirmed the deaths of her grandmother, Melody Bledsoe, and her children, James Roberts, 5, and Emily Roberts, 4.

The fatalities brought the death toll to five since the so-called Carr Fire started burning Monday. It exploded Thursday, jumped the Sacramento River and entered the Redding city limits.

The bulldozer operator was identified by the Shasta County Sheriff’s Department as Don Ray Smith of Pollock Pines. He was overtaken by flames while on the job and his body was found Thursday.

Authorities previously identified another firefighter fatality as Redding Fire Department Inspector Jeremy Stoke, who was killed on the job Thursday night. Details have not been released.

Donna Araiza, founder of the Alyssa Araiza “Wings of Angels” organization for seriously ill children, said Stoke regularly donated to her group, as well as the Make-A-Wish Foundation.

“He and his wife, Alyson, were always supporting us,” Araiza told the Record Searchlight, Redding’s daily newspaper. “He was a generous and a good man.”

The Bledsoes lived near the Keswick Estates neighborhood, and their home, like many around it, was reduced to ashes. The tragedy leaves Ed Bledsoe without his wife and the great-grandchildren he doted on.

“He lost everything. Everything. You can’t lose more than family. And then you lose everything on top of that?” said Don Kewley, whose girlfriend is one of the Bledsoes’ granddaughters. “The man’s got the shirt on his back and the pants on his waist. Like that’s it.”

Ed Bledsoe had headed out for supplies Thursday thinking the flames were far away, but while shopping he received a desperate call from his great-grandson. The boy said he had to come back to the home.

Flames were closing in.

“We need your help,” the boy said, according to Jason Decker, who is the boyfriend of another Bledsoe granddaughter.

Kewley said the family believed the area was not in imminent danger and Melody Bledsoe had no car.

Ed Bledsoe rushed home, but was turned back by police. The fire was raging and there were walls of flames.

Decker took the day off work Friday and drove his motorcycle to the home to look for members of the family but only found the smoldering remains of the house.

A day later, what remained of the Bledsoe property was surrounded with crime scene tape.

Decker said his own children played with James and Emily and they had trick-or-treated together.

“I don’t even have any more tears to cry,” Decker said. “But I keep finding them.”