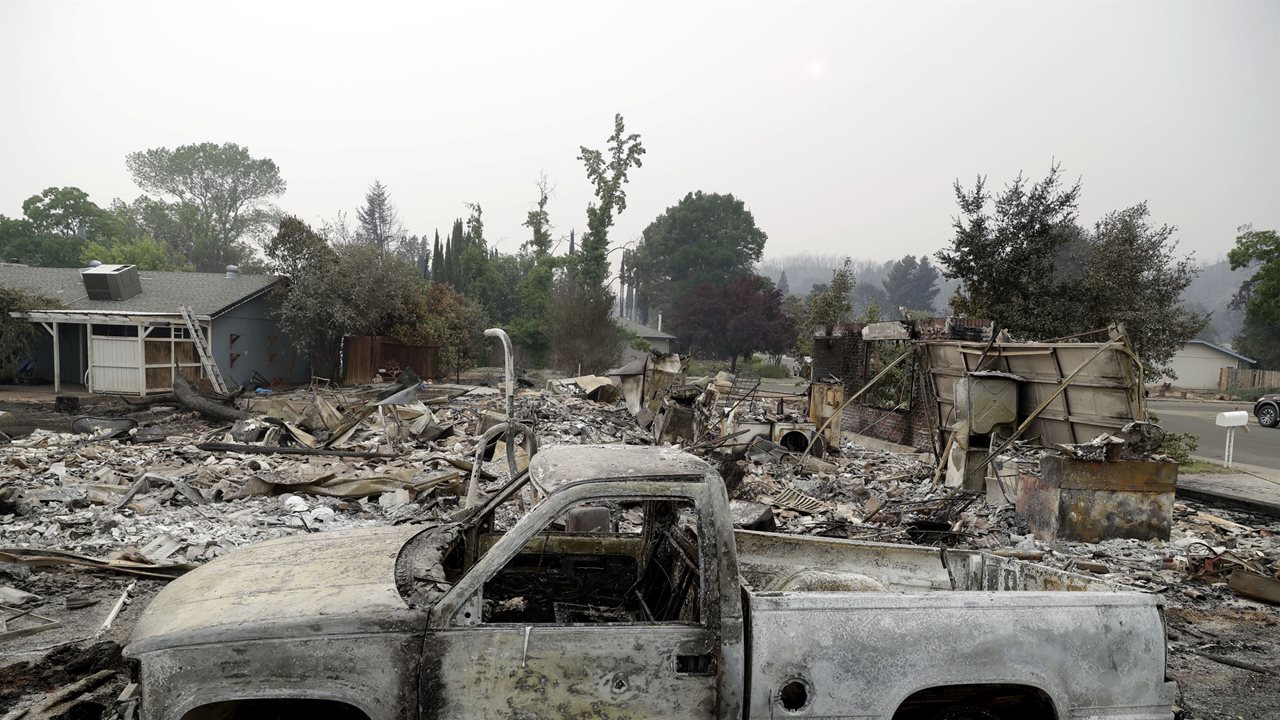 REDDING, Calif. (AP) — A deadly Northern California wildfire has destroyed more than 500 buildings and is threatening thousands more as it rages into its fourth day.

The fire in the Redding area has left five people dead, including a 70-year-old woman and her two young great-grandchildren.

About 38,000 people remained under evacuation orders Saturday and are staying with relatives or in hotels or shelters.

Anna Noland, who was evacuated twice in three days, learned Friday that she had lost her home. She says it’s hard to believe.

A vehicle problem ignited the fire Monday, but it wasn’t until Thursday that the fire exploded and raced into communities west of Redding before entering city limits.

It was pushing southwest of Redding on Saturday, toward the tiny communities of Ono, Igo and Gas Point.