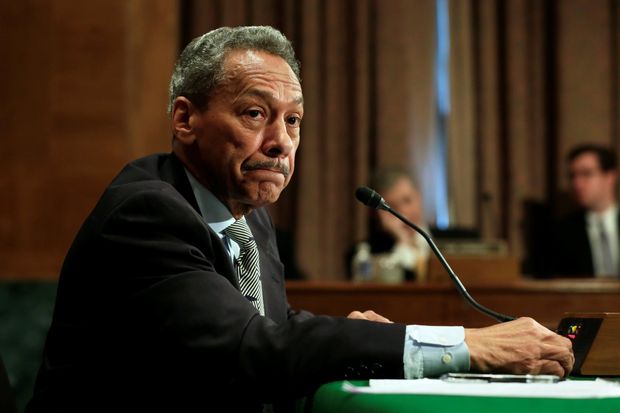 One exciting prospect for a Supreme Court that may soon include

is reining in the excesses of the administrative state. The Fifth Circuit Court of Appeals this month teed up a potential early blockbuster by ruling that the Federal Housing Finance Agency (FHFA) is unconstitutional.

U.S.-E.U. trade next steps and the status of Trump’s NAFTA renegotiation.

Congress established the FHFA in 2008 to oversee

as the two government-sponsored mortgage giants careened toward insolvency. Given that the modern regulatory state has grown like kudzu, nobody in Congress or the Bush Administration gave the FHFA’s structure a second thought. We missed it too.

But in Collins v. Mnuchin, a three-judge panel of the Fifth Circuit cited several features of FHFA at odds with the President’s Article II powers in the Constitution. “We hold that Congress insulated the FHFA to the point where the Executive Branch cannot control the FHFA or hold it accountable,” wrote the court.

The judges argued that several parts of the FHFA law work together to frustrate presidential oversight. These include the limits Congress imposed on a President’s ability to fire the director, who has a five-year term and is now former Democratic Congressman

; the exemption of the agency from the normal Congressional appropriations process for funding; and the lack of a formal mechanism for the executive to control the FHFA.

The Congressional funding point is especially notable. The FHFA is funded by the assessments it imposes on Fannie and Freddie, not by Congressional appropriations.

“If the agency is subject to the normal appropriations process, the President can veto a spending bill containing appropriations for the agency. Also, the President submits an annual budget to Congress, which he uses ‘to influence the policies of independent agencies,’ ” wrote the court. “The FHFA stands outside the budget—in contrast to ‘nearly all other administrative agencies’—and is therefore immune from presidential control.”

This is terrific stuff, and the key point is democratic accountability. If Mel Watt is effectively insulated from control by an elected President, he answers to no one but himself. This is contrary to the separation of powers that was designed to insure political accountability.

As it happens, this is also similar to the logic that Judge Kavanaugh applied to the Consumer Financial Protection Bureau (CFPB) in his 2016 opinion for the D.C. Circuit Court of Appeals. Judge Kavanaugh was overturned in an en banc opinion dominated by Obama appointees. But he may get the last judgment if the Senate confirms him and either the FHFA or CFPB cases make their way to the High Court.

Recall that as a consultant to the Treasury,

also designed the CFPB to be insulated from Congressional appropriations with automatic funding from the Federal Reserve. Both the financial and housing bureaus could end up on the constitutional scrap heap when the right cases advance.

One irony of Collins v. Mnuchin is that it was brought by Fannie Mae and Freddie Mac investors to overturn the 2012 decision by the Obama Treasury to sweep all Fannie and Freddie profits for the government. The constitutional argument was almost an afterthought.

agreed with his two colleagues on the constitutional issues but wrote a spirited dissent on the legality of the sweep that may also make it to the Supreme Court.

As we wrote when he was nominated, Judge Kavanaugh and Justice Gorsuch are part of a new generation of judges who want to restore the Constitution’s original understanding of the separation of powers. In particular they are less likely to defer to regulators who rewrite laws without proper statutory authority. And they may be more willing to strike down agencies that can’t be controlled by the President. Thanks to the Fifth Circuit, we may soon get a lesson anew in