Congress, Not Trump’s Trade War, is the Root of Farmers’ Woes 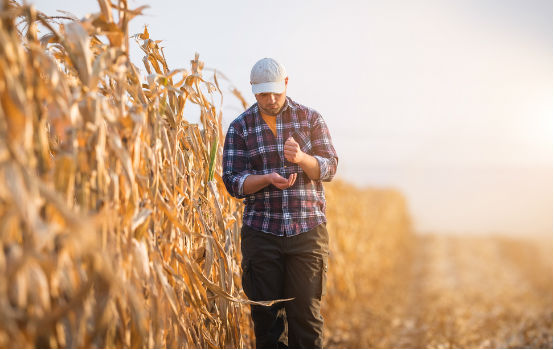 It is a time of struggle for America’s farmers. Prices for the nation’s largest commodity crops, such as corn and soybeans, have been steadily dropping, and many have predicted that a severe farm crisis is on the horizon.

This looming economic crisis has made the timing of President Donald Trump’s trade war—and its crushing impact on the nation’s farmers—especially unfortunate. In response to the tariffs the Trump administration placed on steel, aluminum, and $34 billion worth of Chinese products, several countries retaliated, with U.S. agriculture targeted more than almost any other export. American soybeans, pork, sugar, orange juice, and cherries have all taken a big hit. One farmer told The New York Times earlier this year that approximately 90 percent of his soybean crop and 70 percent of his corn crop is usually exported overseas. China alone buys upward of $14 billion in U.S. soybeans every year; last year they bought approximately 60 percent of the soybeans grown in the state of Iowa.

In response to past and prospective losses, Trump and the U.S. Department of Agriculture last week proposed a $12 billion aid package to help farmers hurt by the tariffs. The New York Times reports that the package will include direct payments to some producers, along with government purchases of surplus products. In addition, “Some of the funding would go to a program in which the Agriculture Department works with private companies to develop new export markets for American farm products.”

“This is a short-term solution to allow President Trump time to work on long-term trade deals to benefit agriculture and the entire U.S. economy,” Secretary of Agriculture Sonny Perdue told the Associated Press.

But many farm and agribusiness groups say this aid is far from enough. Brian Kuehl, executive director of Farmers for Free Trade, told The Hill that “a one-time check won’t replace the deterioration of long-term contracts and relationships.”

The oft-overlooked irony in this situation is that farmers are being hurt for growing things that the federal government incentivized them to grow in the first place. The farm bill has heavily emphasized corn and soybean production (along with a handful of other commodities like pork, sugar, and dairy) via its subsidies and crop insurance programs. Farmers are more likely to get a good rate of return amid risky years if they bank on these government-supported crops. But now, because of Trump’s new trade policy, these farmers risk losing everything.

This conundrum justifies Trump’s bailout program to a degree, since it’s partly his fault farmers are in this mess. But it also demonstrates that—beyond stopping the trade war, as many conservatives are demanding—real change for farmers requires reform to the farm bill, which has largely fostered this dire situation. Does it make sense for a nation’s agriculture to be so reliant on the precarious nature of international trade partnerships? If we’re going to put “America First,” shouldn’t we seek to build a more self-sufficient system of agriculture—one that isn’t so reliant on the whims of the executive or the shifting nature of global markets?

It’s a suggestion that many view skeptically, seeing it as a trite appeal to a nostalgic past. This is the world we live in now, advocates for today’s system of agriculture say, and while factory farms and industrialized agriculture will increasingly overtake smaller, more sustainable operations, that’s what will lead to the greatest efficiency and profit. Older ways of farming—ways that were perhaps less deleterious to soil, water, and animal life—are “cutesy,” but impractical and unnecessary.

Usually these critiques have little to do with the benefits of the system itself, which is obviously broken, and focus mostly on arguing for the system’s “inevitability”: because of technological progress, this is our future and it makes no sense fighting it. In his book Why Liberalism Failed, Patrick Deneen notes that “Liberalism introduces a set of norms that lead us, ironically, to the belief that technology develops independent of any norms and intentions, but rather shapes our norms, our polity, and even humanity, and inevitably escapes our control.” Deneen contrasts this blind belief in technological inevitability with the ethic of the Amish, who weigh every technology by the question “Will this or won’t it help support the fabric of our community?”

Considering the massive impact a farm crisis might have on our economy—and even, one might argue, national security—it’s a question worth pondering at the national level. Will our current system of agriculture support the fabric of our communities writ large? “We need to understand that ever-expanding individual liberty is actually the creation of a sprawling and intricate set of technologies that, while liberating the individual from the limitations of both nature and obligation, leave us feeling increasingly powerless, voiceless, alone—and unfree,” writes Deneen. For the aging farmer living in a blighted rural community, without an heir to pass his or her land onto, these words must ring at least somewhat true.

Even as trade war outrage is engulfing congressional debate, House and Senate versions of the farm bill are going to committee—and unfortunately both versions contain more of the same when it comes to conventional subsidies and crop insurance. Unless reform happens via congressional leaders like Senator Chuck Grassley, this year’s farm bill will continue bad incentives for farmers, urging them to pour their resources into the same commodity crops—despite precarious profit margins and a depleted workforce, as well as widespread soil erosion and water contamination.

Our system of agriculture in the United States is broken. Rather than encouraging farmers to eliminate risk by diversifying their crops, pursuing sustainability, and embracing a proper scale, the federal government keeps telling them to follow the same formula—and continues to compensate them for their losses via taxpayer dollars when things don’t work. This is a problem that Trump’s trade war has exacerbated, but it is also one that an end to tariffs alone cannot fix.