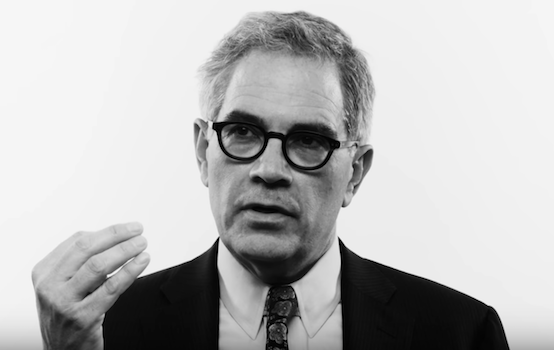 Editor’s note: This is the fourth in a collaborative series with the R Street Institute exploring conservative approaches to criminal justice reform.

Since taking office he’s stopped prosecuting simple possession of marijuana. He’s limited civil asset forfeitures only to cases in which there’s a conviction. He’s directed his assistant district attorneys to include the cost of a prison term in making sentencing recommendations. Oh, and he’s published a list of 29 local police officers that he views as unreliable witnesses due to their abuse of their powers and other corruption.

For traditional law-and-order types, Philadelphia’s new district attorney, Larry Krasner, might be something of a nightmare. But for civil libertarians and jail reformers across the political spectrum, he’s putting into practice policies that they’ve been pushing for a long time.

Krasner, who took office in January, styles himself a progressive, but his objectives dovetail closely with those of conservative and libertarian justice reformers. All share a broader vision of radically reshaping a criminal justice system that is deeply unjust and out of line with American constitutional and moral values.

Krasner’s reforms, Neily said, must be understood in the context of these broader issues. In particular, he identifies three fundamentally unjust components of the U.S. justice system. First, there is “over-criminalization”—most notably of marijuana. And while public opinion is shifting in favor of pot legalization, law enforcement isn’t budging: in 2016, there were more arrests for marijuana on minor possession charges than all violent crimes across the country: 574,641 to 505,681, according to The New York Times. The same holds true for 2015, according to Neily.

The issue is one of both justice and financial prudence. Each of those prisoners incurs a hefty cost for the taxpayers. In Pennsylvania, the bill is officially $42,727 a year per prisoner. But Krasner’s office says that when pension, health, and other benefits are included, it’s closer to $60,000 in Philadelphia County, well above the median income in the area, which is $39,770. That adds up fast: according to the DA, the county incarcerated 8,000 people annually as of March, costing $360 million a year.

On February 15, Krasner issued a memo outlining many of his new policies, including the requirement that the “financial cost to the taxpayer” should be weighed against the possible benefit of a prison term when making sentencing recommendations.

“It’s such an obviously sensible thing to do, but it’s virtually unheard of, which is why people keep calling what Krasner is doing a ‘revolution,’” Sara Mullen, associate director of the ACLU of Pennsylvania, said in an interview with TAC. “To my knowledge, he’s the first one to do that.”

For Krasner, it’s not only a matter of finances and fairness, but also public safety.

In his February 15 memo, he notes that the rate of incarceration has increased by 700 percent over a decade. “Yet Pennsylvania and Philadelphia are not safer as a result, due to wasting resources in corrections rather than investing in other measures that reduce crime,” Krasner writes. “Pennsylvania’s and Philadelphia’s over-incarceration have bankrupted investment in policing, public education, medical treatment of addiction, job training and economic development—which prevent crime more effectively than money invested in corrections.”

Of course, it’s not just prisons, but also local jails that have been flooded with more inmates than they can handle. In 2015, Philadelphia County had 8,082 people behind bars. Due to a series of reforms started in 2016—funded in part by a $3.5 million MacArthur Foundation grant—that population is already in decline, dropping to 5,394 earlier this year.

One driving force behind the bloated local jail population is the controversial cash bail requirement. Many of those arrested end up awaiting trial in jail because their families cannot come up with the $500 or even $100 they need to make bail, according to J. Jondhi Harrell, the executive director of The Center for Returning Citizens (known as TCRC) in Philadelphia. (TCRC was part of the Coalition for a Just DA, which helped elect Krasner.)

Jail time does immense, tangible damage to people’s lives. A lengthy stint in the county tank could end up costing someone his job, his home, and his right to see his children, according to Mullen. In effect, cash bail punishes people below a certain income threshold before they’ve been convicted of any offenses. As Krasner put it at a February press conference, “We don’t imprison the poor in the United States for the so-called crime of poverty.”

His office recently released a list of 25 offenses for which it will no longer ask for cash bail. They include: DUIs, criminal mischief, possession of marijuana, retail theft, resisting arrest, non-residential trespassing, prostitution, and providing false ID to law enforcement.

Awaiting trial behind bars has one other major consequence: it coerces the accused into accepting a plea deal, Mullen says. That points to a second fundamentally unjust feature of the criminal justice system: the extent to which prosecutors have circumvented the right to a trial by jury.

Neily says the evidence for this is in the data: an extraordinary 97 percent of federal cases that end in a conviction are resolved through plea deals. Likewise, at the state level, 94 percent of cases end this way. “It is extraordinarily suspicious that almost nobody chooses to exercise such a valuable and important right anymore,” Neily says. “But I think it is inarguable that the reason that so few people choose to exercise their hallowed constitutional right to jury trial is because they have been coerced into foregoing that right.”

That ties in with the third element of injustice pinpointed by Neily: the near-complete lack of accountability for police officers, corrections officers, and prosecutors. This is evidenced by the rarity of criminal prosecution of corrupt officers and court officials, the lack of internal accountability for both professions, and the way that the Supreme Court has gutted a federal statute giving citizens the right to sue police and prosecutors for abuse, according to Neily.

Again, Krasner’s reform agenda seems to consciously take aim at this problem: one of the first things he did upon taking office was fire 31 assistant district attorneys who didn’t share his views on such matters. He also published a “do-not call” list of 29 officers considered tainted or unreliable as witnesses.

According to the Philadelphia Inquirer, Krasner’s office said the officers on the list “had engaged in a wide range of wrongdoing and had, as a result, often faced criminal charges or been found guilty by the department’s internal Police Board of Inquiry. The offenses included numerous cases of lying to police investigators, filing false police reports, use of excessive force, drunken driving, burglary, and others.”

Another source of accountability is the Conviction Review Unit, which Krasner has reorganized, according to Mullen and Harrell. Mullen noted that Philadelphia has lost millions in wrongful conviction lawsuits. In one case earlier this year, a local man won a $10 million payout after wrongfully serving a 25-year prison sentence for murder and rape. He was cleared on the basis of DNA evidence. The second largest payout was $4.4 million the previous year to a college student who was shot by police officers after being wrongly identified as a suspect in a shooting.

The Krasner phenomenon must also be understood in the context of his predecessors, local sources say. The long-time holder of the office, Lynne Abraham, who served from 1991 to 2010, was known as the “Deadliest DA” and the “Queen of Death” for her willingness to pursue the death penalty, obtaining the fourth highest number of execution sentences in the country, according to a 2016 report.

Her successor—and Krasner’s immediate predecessor—R. Seth Williams, promised reform but failed to deliver, according to Mullen. His term in office also ended when he admitted he was guilty of federal bribery charges. As Harrell puts it, “We’ve had a series of horrible DAs.”

Krasner rode a wave of community discontent and frustration into office, according to Mullen. As a longtime criminal defense attorney, he had seen the injustices of the system from the other side. He also had a record of suing the Philadelphia Police Department 74 times, Harrell noted, further enhancing his credibility with community activists.

Much more is riding on Krasner’s reforms than just the fate of those who have been treated unjustly by the system. Should he succeed, his reforms could become a model for other DAs around the country—or at least an inspiration to those willing to challenge them for office.