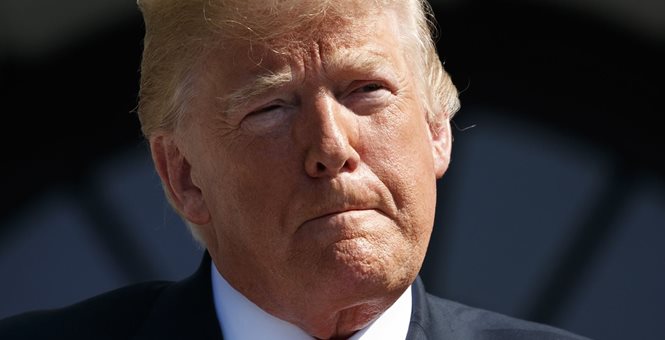 There is confusion again in the Republican Party on whether a government shutdown is the future. President Donald Trump started the talk this morning by suggesting he’s okay with one if he doesn’t get what he wants on immigration.

I would be willing to “shut down” government if the Democrats do not give us the votes for Border Security, which includes the Wall! Must get rid of Lottery, Catch & Release etc. and finally go to system of Immigration based on MERIT! We need great people coming into our Country!

The tweet quickly became fodder for Sunday talk shows which forced Republicans to push back a bit at the idea. Ohio Congressman Steve Stivers, who chairs the Republican Congressional Campaign Committee, was first to disagree on ABC’s This Week.

MARGARET BRENNAN: Welcome back to FACE THE NATION. And Wisconsin Republican Senator Ron Johnson joins us this morning from Green Bay. Welcome to the show. Senator, the President–

MARGARET BRENNAN: –tweeted this morning that he may shut down the government if he doesn’t get border wall funding. You’re the chair of the Homeland Security Committee. Should we expect a September shutdown?

SENATOR RON JOHNSON: Let’s hope not. I think, hopefully, most of the appropriation bills will actually be passed a little more– a little better prioritization of spending. So I certainly don’t like playing shut down politics.

MARGARET BRENNAN: And how damaging would that be for Republicans ahead of the November races?

SENATOR RON JOHNSON: I don’t think it’d be helpful, so let’s try and avoid it.

Trump does such an excellent job at making things easy for his Republican colleagues in government (note sarcasm).

As Hot Air’s token libertarian I’d love a vast majority of the government to shut down- and would be perfectly fine if it didn’t open back up. But that’s me.

Of course, Johnson is correct in saying any closure (even if temporary) would negatively affect the GOP in the November elections. The fact it’s a Trump-endorsed shutdown wouldn’t do anything to encourage any on the fence voters to go with Republicans unless they’re part of the ‘burn it down’ clan. There’d also be no way for Republicans to spin any sort of temporary government closure because it’s Trump who is saying he wants it to happen. Yes, Trump is trying to put the onus on Democrats, but I’m not sure that will work. The GOP is the party in power – even with a two seat majority in the Senate – and any shut down will be blamed on them.

There will be those who put this under the idea of Trump using Twitter to negotiate with the Republican-led Congress and force some sort of deal before the September 30th deadline. This may be the case, but it’s one which may not be a good idea because of the aforementioned November election. It could suggest Trump doesn’t want to see another continuing resolution while Congress tries to put together an immigration policy which sates Trump and the so-called base of the Republican Party.

It should be pointed out the government has already ended the so-called “catch and release” policy in April – via a memorandum signed by Trump himself. It’s true Congress is the one who should have decided whether the rules were enacted in the first place (see Article 1, Section 8 of the Constitution) but Trump’s claim the policy is still in effect isn’t true.

It’s doubtful Trump will get his wish about any sort of shut down, but you never know. He seems to enjoy #YOLO governance, so it’ll make the fall fun – and headache-inducing – for political commentators and politicians. It’ll also give more headaches to Republicans running for re-election.