No anti-Kavanaugh groundswell in Maine or Alaska 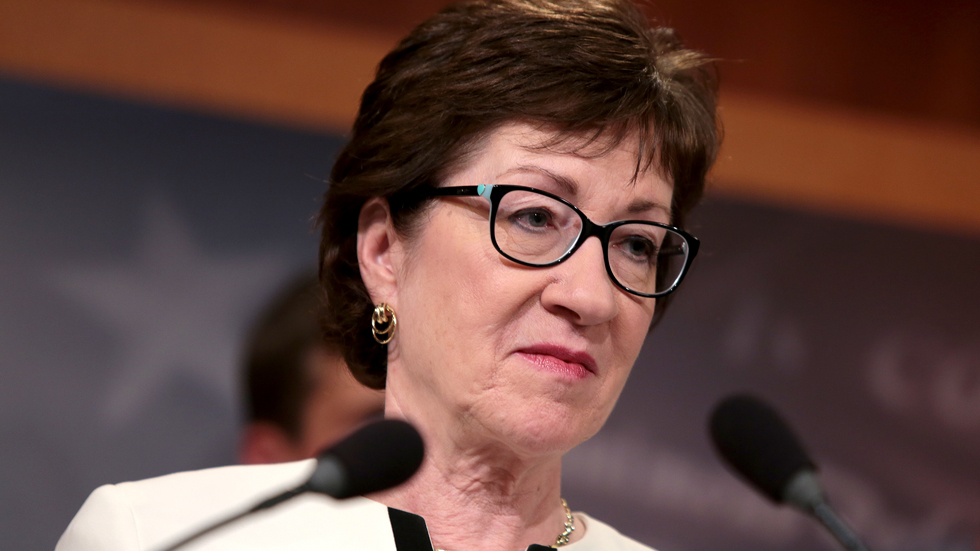 The hope of Democrats that they can stop the nomination of Brett Kavanaugh rests largely on two moderate Republican Senators, Susan Collins and Lisa Murkowski. So far the signs regarding these two aren’t encouraging for Democrats, though we’re still relatively early in the process.

Democrats recall that during the fight over repealing Obamacare, Collins and Murkowski bucked the GOP leadership and, along with Sen. John McCain, defeated legislation that would have effectuated a repeal. The Washington Post reports that, in the hope of a repeat performance, a “well-organized campaign” is under way to pour millions of dollars worth of anti-Kavanaugh ads into small towns throughout Maine and Alaska.

The Post also reports that, so far, constituents are unmoved. In separate interviews with the Post, Collins and Murkowski say that voters view the health-care debate and the Supreme Court very differently:

“The protests are similar, the media campaign is more aggressive this time, but the constituent involvement is less. And I think that’s because health care is so personal and affects everybody,” Collins said.

That doesn’t surprise, but this does:

Murkowski attributed the lack of an anti-Kavanaugh groundswell to the fact that Supreme Court confirmations turn on somewhat esoteric arguments about hypothetical legal questions. Democrats try to simplify their arguments, as when Ted Kennedy described “Robert Bork’s America” in gruesome terms.

However, Democrats have been crying wolf for so long that voters may be tuning them out, or at least rejecting doomsday claims. Perhaps more importantly, Republicans no longer nominate judges who seem as threatening as Bork.

Kavanaugh hasn’t met yet with either Collins or Murkowski. A lot will be riding on those meetings and on whatever the two Senators make of Kavanaugh’s judicial opinions and speeches. At least as things stand now, however, Kavanaugh won’t be fighting head winds with these two key Senators.