The Facts Behind The Trump Tower Meeting Are Incriminating, But Not For Trump 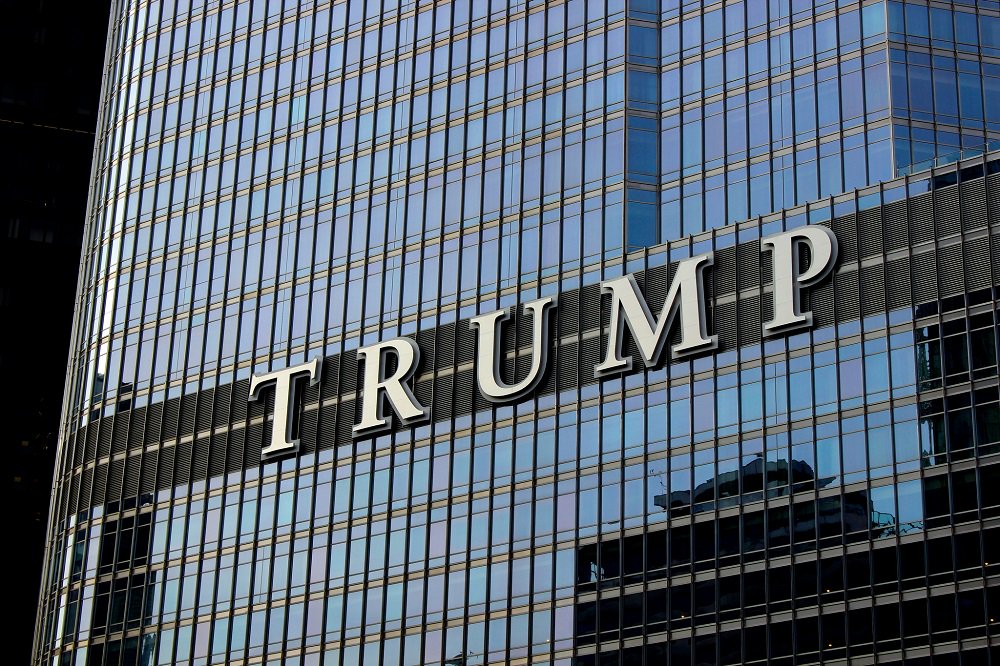 According to “sources with knowledge” talking to CNN—whatever that means—Michael Cohen is prepared to tell Special Counsel Robert Mueller that Donald Trump knew in advance about the June 9, 2016 Trump Tower meeting between Don Jr. and Russians. The president still denies knowing about that meeting beforehand.

Don Jr. was emailed by a British music promoter, Rob Goldstone, who promised that the Russian “crown prosecutor” had information that would “incriminate Hillary and her dealings with Russia.” When the meeting took place, in walked two Russian nationals, Rinat Akhmetshin and Natalia Veselnitskaya, who proceeded to talk to Don Jr., Jared Kushner, and others about how Americans could once again adopt Russian children, if only the Magnitsky Act were repealed. Eyes surely rolled, and the meeting was ended. Kushner even messaged his assistant to try to come up with an excuse to leave the meeting early.

For those who belong to the religious cult of Trump-Russia collusion, this meeting is prima facie evidence of the Trump campaign colluding with Russia to rig the 2016 election. One of the sacraments of this cult is that its adherents wake up every morning and hope that on this day, just maybe, Trump will finally be done away with. CNN is of course central to this practice.

CNN’s Chris Cillizza called the anonymously sourced report a “collusion bombshell,” and said it was maybe the “most important [event] of Donald Trump’s presidency.” One wonders how many times CNN and its employees have said similar things, only to see their hopes dashed?

The truth is that it doesn’t matter whether Trump knew of this meeting or not, or whether Mueller can ever prove that he did. Don Jr. and his associates did nothing wrong in setting up this meeting. But the events surrounding the meeting are damning for the intelligence agencies, the media, and the Democrat Party.

This Was Not About the DNC Hacked Emails

At the time of this meeting, the public did not know that Democratic National Committee emails had been stolen. Only the DNC and the Clinton campaign knew that. On June 9, 2016, everyone in conservative-ville, including Don Jr., was still hoping to discover the 30,000 emails that Hillary Clinton deleted from the home-brew server she used while secretary of state.

Clinton said these emails were personal, but many suspected that they contained evidence of Clinton running a quid pro quo operation while secretary of state: The U.S. government does a foreign country a favor, and in return that foreign government pays Slick Willy half a million for a speech, or donates millions to the Clinton Foundation.

Wasn’t it terrible that Don Jr. met with Russians? Despite what Sen. Marco Rubio and David French might think, no campaign in American history would pass up the opportunity of receiving dirt on their opponents. If a foreign government has dirt, you especially need to examine the dirt, because if your opponent is elected that dirt could be used to leverage U.S. policy decisions.

Keep in mind that during this time nobody knew that Russia had interfered in anything, aside from the regular deluge of phishing emails common to both Russian and Chinese hackers that were directed at both Democrats and Republicans. Yes, it would be grossly inappropriate to change American policy in return for receiving the dirt, and you shouldn’t send your son or close associates to listen to the potential dirt, but you do look into it. That’s just how it works.

Instead of dirt, Don Jr. was treated to a diatribe about adoptions and the Magnitsky Act. Here is where things get very interesting. The Magnitsky Act is a law meant to crack down on Russian black money that human rights violators have parked overseas. The act was named after Sergei Magnitsky, a Russian lawyer who revealed a Kremlin-run tax fraud and was later beaten to death in Russian prison. In a cruel retaliation for the Magnitsky Act, Vladimir Putin banned U.S. parents from adopting Russian children.

Democratic Operatives Were Working For the Kremlin

Somebody colluded with Russia, and it wasn’t Donald Trump. Veselnitskaya and Akhmetshin were working to repeal the Magnitsky Act for the Kremlin with none other than Fusion GPS, the same opposition research firm the DNC and Clinton campaign had hired in April 2016 to dig up—or create—ties between Trump and Russia.

Fusion’s Glenn Simpson met with Veselnitskaya and Akhmetshin both before and after that Trump Tower meeting. Simpson told Congress he had no idea that the two Russians were meeting with the Trump team, but Fusion GPS even provided the materials and handouts for the meeting in question.

Three days after the June 9 Trump Tower meeting, the public learned the DNC had been breached. Around this same time, Fusion GPS hired Christopher Steele, a former British spook, specifically to tie Trump to Russia. Steele oversaw the creation of the still-unverified and salacious “dossier.” But Steele farmed out the responsibility for the dossier to Edward Baumgartner, a British national with ties to the Kremlin, who used Russians as sources who were likely current and former Russian intelligence officials.

Former top Department of Justice official Bruce Ohr’s wife, Nellie, worked at Fusion GPS, another avenue by which Fusion laundered its weaponized Russian disinformation into the upper echelons of the U.S. government. James Comey’s FBI violated the spirit and the letter of the law and spied on a former member of Trump’s campaign—Carter Page—using the unverified dossier. Once the warrant to spy on Page was secured, the “two-hop rule” allowed American intelligence officials to delve into much if not all of the Trump campaign’s communications.

Most important to team Clinton, Steele and Simpson vociferously shopped the dossier to American journalists, which our intelligence agencies suspiciously ignored, so stories would publish before the election about Trump’s nefarious ties to Russia. Because these stories said the American government was investigating Trump, they lent the Clinton campaign’s talking points on Trump and Russia—meant to distract from the treatment of Bernie Sanders and Clinton’s integrity issues—legitimacy. If that isn’t election interference, then what is?

All the Real Russian Colluders So Far Are Democrats

Let all that sink in. The Democrats hired Fusion GPS to find ties between Trump and Russia, primarily by means of a dossier sourced by Russians tied to the Kremlin. Our so-called intelligence agencies used this dossier to spy on the Trump campaign and mislead an American court, trampling over Americans’ civil liberties to do so. At the same time Fusion GPS was working for the Democrats, Fusion GPS was working for the Kremlin, and with the Russians that showed up at that Trump Tower meeting.

The intelligence agencies are stained by Fusion GPS through their use of the Steele dossier. So are the DNC and the Clinton people. And so are a great deal of journalists. Perhaps this explains why the media is so desperately invested in obscuring the fact that the FBI spied on the Trump campaign using Russian disinformation. Maybe this is why the media and many establishmentarians parrot the talking points of James Clapper, Brennan, and Comey. All have at the very least been duped by Russian disinformation.

Even worse, there are still Democrats and so-called journalists working with Fusion GPS to this very day. And the problems with Fusion are no secret. This is a firm with a detailed history of working to spin and gloss over corruption, including for the regimes in Russia and Venezuela.

As Lee Smith has noted, Fusion GPS is tied at the hip to a host of journalists, including Atlantic reporter and MSNBC/NBC contributor Natasha Bertrand, and NBC’s national security reporter Ken Dilanian (a.k.a. “Fusion Ken”). One of the primary goals of creating the Steele dossier, after all, was to shop it to journalists who would then “report” nefarious ties between Trump and Russia before the election. Fusion GPS did just this, and so-called journalists bought it.

Many journalists have continued to run Fusion stories after it was known that Fusion had worked with the Kremlin. Fusion has even made payments to journalists, although the identities of the journalists paid and the extent of this corruption are yet to be discovered.

What Americans Should Do about This

This is the height of stupidity and corruption. How much damage will be done to our country before the truth shines through, and the real colluders are exposed? Here is what you can do.

If you are a conservative politician, you will never change the minds of the Democrat Party, or the media. They are compromised. Stop caring about what they think. But you can speak to Middle Americans and independents. Ask interviewers this question, over and over: “Why were Democrats working with Fusion GPS to create ties between Trump and Russia using a Russian-sourced dossier, at the same time Fusion was working for the Kremlin and with the Russians who showed up at that Trump Tower meeting?

Our republic is on the line if unelected bureaucracies can continue to ignore Congress and act as they please.

“Why did U.S. intelligence agencies use the unverified dossier this firm tied to Russia created—a dossier that was sourced by Russians tied to the Kremlin—to spy on the Trump campaign? And, by the way, why can’t we see that DNC server?”

Stop treating the media like something other than Democrats looking to obscure the truth, promote their party line, and embarrass you and everything you believe in. Interrupt. Argue. Set the agenda. Be dogged, just like Trump.

President Trump, meanwhile, needs to take on Clapper, Brennan, and Comey, and anyone who would defend them. Yes, revoke their security clearances. Yes, continue to publicly lambast them, and don’t be afraid to talk to Russia. This is both good policy, and good politics.

More important though, our republic is on the line if unelected bureaucracies can continue to ignore Congress and act as they please. As such, fire Deputy Attorney General Rod Rosenstein.

A vote to impeach Rosenstein for repeatedly withholding documents Congress demanded just failed to get to the House floor due to a lack of Republican support. Push Congress to bring that vote to the floor and remember where the chips fall. It is too late to mount a primary campaign against Republican members of Congress, but next midterm, voters should remember who votes yea, and who votes nay.

Finally, begin a grassroots push to seriously reform U.S. intelligence agencies. Even move to bring the intelligence agencies under the command of the Pentagon. Russia and China are adversaries, but the most serious threat to our liberty comes from an out-of-control intelligence bureaucracy. If we don’t deal with this problem now, it will only get worse.