I.C.E. Prepares To Sue City Of Portland Over Police Dereliction Of Duty 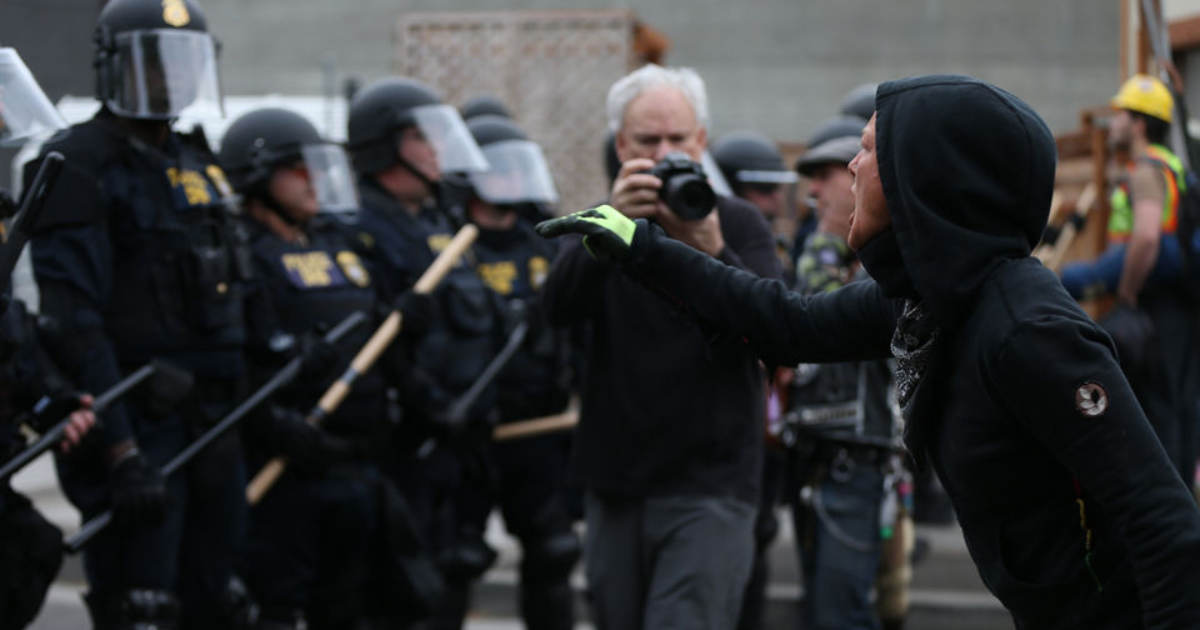 The letter, filed this morning by the union on behalf of employees working in Portland’s ICE office, says that Wheeler’s decision to order Portland police not to assist federal agents was a violation of the U.S. Constitution. Specifically, it cites the 14th Amendment, which says the government cannot deny any person equal protection under the law.

A local ICE officer, who spoke to WW only on the condition of anonymity, says two agency employees called Portland police on June 19 when they were blocked from leaving the building in their vehicles. One of those employees told Portland police that protesters followed his truck to pick up his daughter from summer camp and harassed him in the parking lot.

He also says protesters showed up at his Portland apartment building a few hours later. Again, he called police, but says no officer responded.

“This area became like a wild west,” the local immigration officer tells WW.

Chris Crane, president of the national union, says the situation at the ICE building in Portland spiraled out of control because police would not assist federal agents.

“Every person in law enforcement knows there are few things as dangerous or as unpredictable than an angry mob,” Craine says. “No one could have responded quickly enough to protect our employees who were trapped inside this building. All of this because the Mayor of Portland has a beef with the president of the United States.”